With a new COVID19 wave driven by gaps in vaccination levels, we need to invest in ventilation as a sustainable alternative to mask wearing. 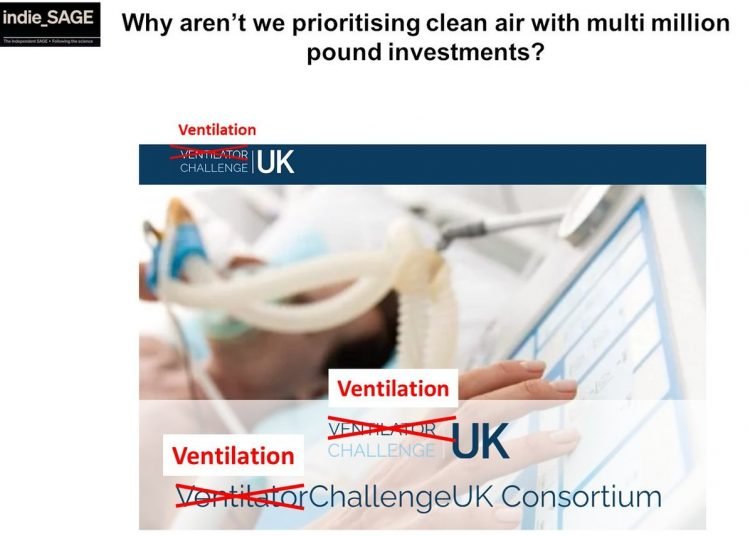 A new COVID19 wave has already started in England, and is likely about to – or has – started in the rest of UK, too. This will be the third wave within six months. In addition, long covid is becoming an increasing issue – particularly in overexposed professions. We don’t need a UK “Ventilator Challenge”, we need a ventilation one!

Five weeks ago I said a new wave might be on its way in a 4-6 weeks.

Judging by BA.2 growth against BA.1, prob at least 4-6 weeks before we see any impact on overall cases. We’ll see. Also depends on if they take off in schools (v few PCR tests in kids now!).
If I had to bet, I’d bet smaller wave than last 2 but still disruptive.
13/14

A new COVID19 wave is here

I think it is now here, and the number of cases will go up from now. Let me show you why I think that.

After six months of Delta dominance during much of the second half of 2021, this year has so far seen two Omicron variant waves – BA.1 and BA.2. Last weekend would have seen BA.2 lose its dominance, being overtaken by a combination of variants BA.4, BA.5, BA.2.12.1 & BA.5.1.

This does not come as a surprise. I and others have been talking about this for weeks. It’s just that the government – and others – have lost any interest in doing anything about it. It’s frustrating to now see headlines saying: “New wave on its way!” when it’s actually been on its way for weeks.

Dominance doesn’t necessarily mean a big new wave. But let’s compare the last two Omicron waves and the ONS infection survey prevalence. We can see that prevalence was at its lowest just at the variant crossover in February. It looks like same thing is happening now with a small uptick in the latest ONS figures.

COVID19 prevalence is lower than February

The good news is that prevalence is a lot lower now than it was in February, so we are starting from a lower base. It is also possible that the BA.2 wave will provide some protection and means we get a smaller wave. But we will get a wave – especially as the Jubilee weekend was just as the crossover happened.

How have other countries fared?

The challenge is that different countries now have had very different pandemic trajectories, and that means it is hard to know what will happen. We will be the first big country, I think, to have a BA.4/5 wave after big BA.2 wave.

While vaccinations give a similar protection against BA.4/5 than previous Omicron variants, almost everyone in the UK is now several months out from their last booster. Over 75s should be well-protected, especially against severe disease from the Spring booster, and – sadly – a high number of BA.2 infections.

The vaccination programme has stalled

We’re not really doing any vaccinations now. Around two thirds of the population have had a third dose, but many remain unvaccinated – especially children. This could be an issue – particularly in primary school kids – if BA4/5 get into schools after this half-term.

We’re also (still) going into this wave with differential levels of protection. People in more deprived areas are much less likely to be vaccinated and boosted – and this is much starker in kids than adults.

So that will drive infections. The ONS infection survey shows that prevalence has stopped falling, and might be rising across the UK for the week ending 2 June. In England, it’s rising in teens, young adults and 35-69 year olds. Hospital admissions are going up in England (albeit from a lower base than in February). The wave has (just) started.

The number of deaths is still falling, and it’s much too early to see any signal in deaths from the latest wave. Hopefully the eventual peak in deaths will be quite a bit lower than the previous two Omicron waves, especially after the Spring booster in the over 75s.

The new wave does mean there will be yet more people developing Long Covid. ONS data shows that Long Covid has not gone away in the age of Omicron, triple vaccinations and previous infection.

The highest Long Covid increases in Omicron have been in older adults. And we’re seeing the highest rates in social care, health care and teaching. Just today, the Times Educational Supplement reported that over a third of secondary schools are struggling with Long Covid in teachers.

Transmission must be reduced

If we are going to have waves every few months, we need to do something sustainable to reduce transmission. It’s an airborne virus and spreads far more easily indoors, and we need to address that. Mask wearing is (unsurprisingly) dropping off – especially in younger adults.

There has been increasing evidence coming out about how talking and singing give off more virus-containing aerosols, and how intense indoor exercise is also a big risk.

But there are solutions available. It’s not only about masks – especially where they are impractical in restaurants, pubs and gyms.

As these authors put it: “A once-in-decades opportunity now exists to make sustained improvements to public and private indoor air quality.” 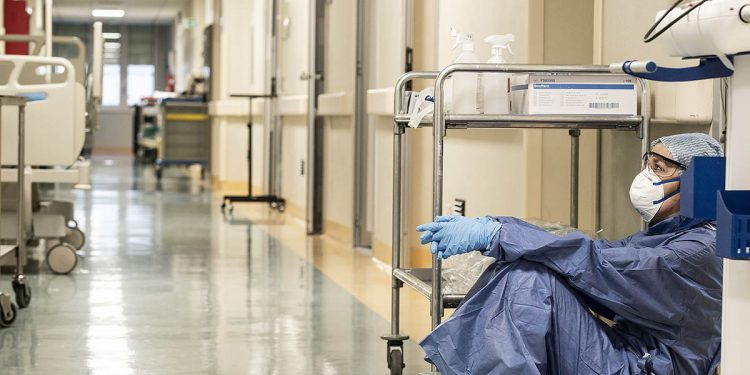 Professor Christina Pagel studied Mathematics at the University of Oxford and holds two Masters degrees in Mathematics, two Masters degrees in History and a PhD in Space Physics. She is co-director of the new UCL CHIMERA hub. Since May 2020, she has been a member of Independent SAGE, a group of scientists who are working together to provide independent scientific advice to support Britain’s recovery from the COVID-19 crisis. Christina is passionate about health care and women in STEMs.