Boris Johnson and his Cabinet continually come up with farcical plans that are purely eye-catching initiatives to placate his base. 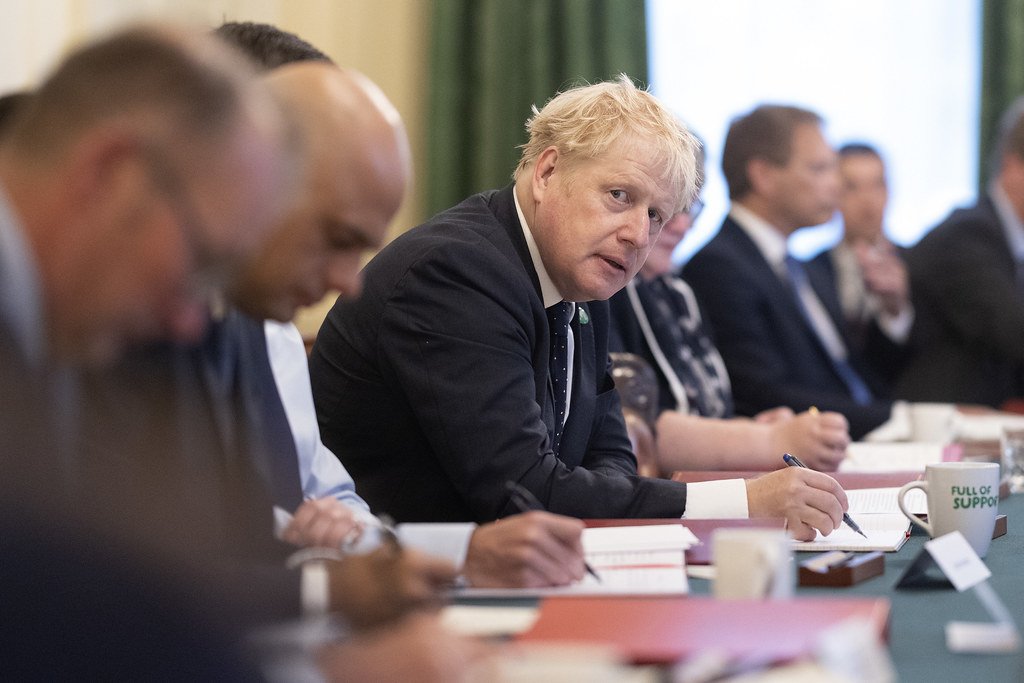 One of Boris Johnson’s more eye-catching initiatives, a bridge or tunnel connecting Scotland and Northern Ireland, has been quietly laid to rest this week. The plan would have got around the problems Brexit has caused for trade across the Irish Sea, but the Treasury has apparently decided it is too expensive. Or stupid. Or something.

Still, fans of Eye-Catching Initiatives need not despair because two others have popped up over the past week. Priti Patel, the Home Secretary, wants officers from the Border Force to use armoured jet skis to “nudge” boats carrying migrants across the Channel back into French waters.

The Patel initiative, one senior Royal Navy officer has already warned, could prove “quite dodgy” or, if seas are rough, “very dodgy”, the Navy being an organisation with rather more experience operating ships at sea than the Home Secretary.

Plainly if you use two jet skis, as planned, to force heavily laden boats of migrants back to France, there are three potential outcomes. One, it fails. Two, it succeeds, in which case they will probably return. Three, the boat capsizes and a number of people drown.

Let’s look at the legalities of this. Under criminal law, you are deemed to be responsible for the outcome of your actions if this is reasonably foreseeable. If you stab someone and they die, you cannot say, I only wanted to hurt them a bit. You are guilty of murder.

Border force could be culpable

If Border Force officers set out on a course of action that they can reasonably foresee might result in drownings, and this happens, they can be charged with murder. It is arguable that the Home Secretary, who put the scheme in place, might be charged as an accomplice.

Patel is apparently going ahead with the necessary training for such exercises. It is hard to see the idea being taken much further.

Whittingdale’s reward for so obligingly putting himself forward as this week’s National Figure of Fun was to be sacked in the Cabinet reshuffle. He wants Ofcom, the media regulator, to decide what constitutes Britishness, which should be an interesting challenge in a country where chicken tikka masala is apparently regarded as the national dish.

Whittingdale points to the Carry On films and Only Fools And Horses as examples of productions that encompass British values. Carry On does indeed embody the long-enshrined British traditions of racism, sexism, sizeism and laughing at foreigners. (The films are undeniably funny, though, and Carry On Camping is a useful social document, showing just how dull, drab, miserable and sex-starved the 1960s were for most people.)

One of Johnson’s eye-catching initiatives: defining Britishness on TV

Only Fools… celebrates the rich British tradition of traders and small businesses of dubious honesty. You might add Brideshead Revisited, toffs getting drunk and misbehaving, Midsomer Murders, posh people being offed in implausible numbers in picturesque locations, or Downton Abbey, an imagined prelapsarian idyll of rich people in huge houses with servants who knew their place.

All steeped in Britishness, then, and Whittingdale does indeed reference Downton as the sort of programme he wants to see more of. Two difficulties emerge, though.

One, the UK TV industry is a fiercely competitive one in which programme makers strive to produce content people want to watch. It is also extremely good at selling this content abroad. Introduce spurious “Britishness” and those programmes may be less attractive to some of that overseas audience. Heaven knows what a Japanese audience already makes of Only Fools…

The danger is that a successful export industry is hobbled by unnecessary constraints imposed on ideological grounds. A bit like what they did for fishing, then, but with better locations.

How to impose Britishness

The second is how this “Britishness” would be imposed. Ofcom currently acts retrospectively, imposing fines for any breach of its guidelines. It is hardly fair to fine a film maker for, say, setting a production about the Raj in, er, India after the content is broadcast. Perhaps Ofcom should act proactively, overseeing scripts ahead of filming and injecting the necessary Britishness.

Expect conversations along these lines. “Perhaps this character could say, Lord Love a Duck, at this point? You say he’s American? Is this a problem?” “The Best Exotic Marigold Hotel is a great title for a film, but set in Jaipur? Could we consider Aberystwyth?” “Perhaps they could sit down to a plate of jellied eels, rather than chicken tikka… oh, hang on…”

There is a precedent here. Until 1968 the Lord Chamberlain, an unelected official, could oversee all content to appear on the stage. He – it was always a he – would sit down with the playwright and go through the script and suggest changes to dialogue on grounds of taste.

This was not greatly popular with said playwrights and it is safe to say that the British theatre is a better place since the post was abolished. Still, it’s a thought.

Let’s be sensible for a moment. Neither of these Eye-Catching Initiatives have any chance of being introduced any more than Patel’s earlier ideas of marooning migrants on Ascension Island, or on rotting hulks offshore, or training them as HGV drivers to fill empty supermarket shelves. (I may have made the last one up. I am not sure about the second.)

These ideas are merely meant to appeal to those who think Britain is being swamped with immigrants, or is becoming insufficiently British. In this, they have served their purposes.

It prompts the satirist to try to think up what the next Eye-Catching Initiative might be. I know. Let’s go back to pounds, shillings and pence. The farthing, the guinea, the groat. Throw off the hated decimal system, imposed on us by the malign trick of fate that we happen to have ten fingers and thumbs each. A reversion to a duodecimal system would do wonders for the mental agility of those aged under 55 who have never experienced it.

Except… I read yesterday’s headlines. Johnson wants to bring back the Imperial system of weights in greengrocers and the like. That would be 16 ounces to the pound and 14 pounds to the stone. Or was it the other way around?

Satire has been declared dead on numerous occasions before. It may not actually be dead this time. But it is certainly beginning to smell funny.