The government's eye-catching initiatives grab headlines, is red meat to their base, but most won't be acted upon. 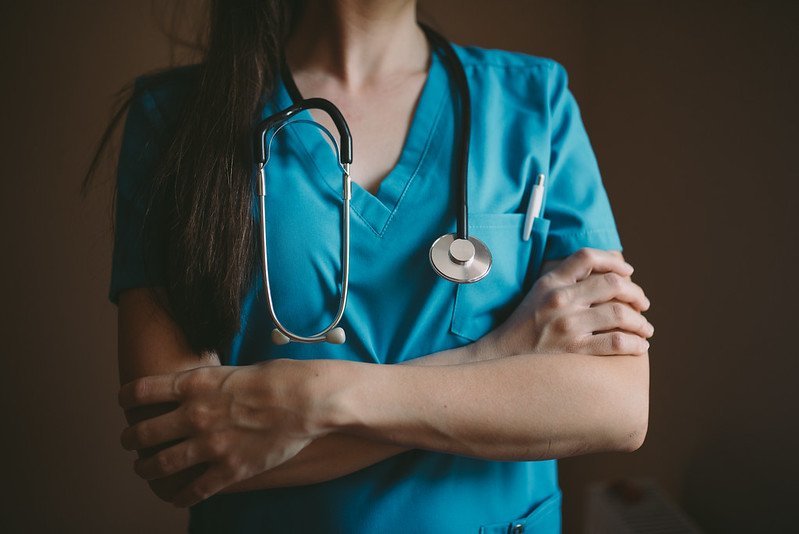 Government to "name and shame" GPs. Photo by Nenad Stojkovic on Flickr (CC BY 2.0)

I have an idea. We have a profession that is short of staff and needs young people to choose to undergo years of difficult training to join it. We are all suffering from that shortage. Let’s set them impossible targets once they qualify, and suggest they lose out financially – be fined, if you like – if they fail to achieve these.

That will work, clearly.

The ever-compliant Daily Telegraph and Daily Mail have floated the idea that, under a “major NHS drive”, GPs will be “named and shamed” if they fail to offer enough face-to-face appointments at some later date.

An extra £250 million will be set aside for GPs to offer more capacity this winter. If enough do not see more patients face to face, they will not be able to access the extra money. Or something like that – the reports are confusing and contradictory.

To put this in context, the spending by the Department of Health and Social Care in England in 2019/2020, before the pandemic, was £150.4 billion.

There is talk of “a small minority (of GPs) letting the side down”.

Funds withheld is punishment by fiat

My own experience of the NHS does not suggest this. If that £250 million extra payment for the winter – and there is some question if this is new money, or just the usual seasonal uplift – is used to limit the amount paid to each NHS practise if they fail to improve their performance, then payment would be held back because they are not improving on targets they are already having difficulty achieving.

Set aside one thing. Most GP consultations can easily be carried out by phone – when was the last time you physically had to be there? Mobile phones can provide pictures of any concerning symptoms that might later have to be examined face to face.

All this is no way to encourage gifted people to come into the profession.

This is, instead, another example of government by Eye-Catching Initiative (ECI).

I have suggested here before that their aim is to suggest action is being taken – using jet-skis to turn back migrant boats, imposing more “Britishness” on TV programme makers – to the core supporters, while never having to act on these.

We had another recently. A report suggested (£) that Boris Johnson, personally, would solve the energy crisis by approving funding of at least 16 mini nuclear reactors around Britain to be built by Rolls-Royce.

Let’s look at this carefully. The type of reactor involved has yet to receive regulatory clearance to be used, a task that could take years. Any attempt to build a nuclear reactor in, say, Ipswich or Norwich would be bitterly opposed by the local authority and the residents. (Look at the problems over Sizewell C, miles from anywhere.)

If the building of these reactors were rammed through by government dictat, then, the street protests would make Extinction Rebellion or the Insulate Britain demonstrators on the M25 look like a minor tiff at a PTA meeting.

The consortium said to be building these 16 planned reactors has reportedly raised £210 million from private backers. The project may or may not happen – see the above provisos. If it does, ten or twenty years down the line, it can have no conceivable immediate effect on our current energy crisis, therefore. But the perception is put over. This is the important thing. Boris is seen to be taking strong action.

This eye-catching initiative is beyond belief

Let’s go back to an earlier ECI, Home Secretary Priti Patel’s laughable plans to use jet-skis to push back the boats carrying migrants across the Channel. As I suggested at the time, this was unworkable because any deaths caused thereby, and these were easy to forecast, would constitute the offence of murder.

Border Force staff, it has just been confirmed, could be given immunity from conviction if an immigrant dies.

This is almost literally beyond belief. It raises a number of legal problems, aside from making the UK a moral pariah among civilised nations. It almost certainly contravenes international conventions on the law of the sea, which requires those in distress to be rescued.

Except that we have seen the government happy to tear up international law and signed treaties where necessary.

It must put the UK on collision course with the European Convention on Human Rights, which is there to prevent nations signed up to it from bringing in such inhumane laws.

UK to become a rogue state?

Except that, as I have written here, the government wants to opt out of the ECHR. This would, conveniently, bring the UK in line with other rogue states in allowing extra-judicial killings of innocent people including women and children.

In fact, it is probable any such killings would be challenged by the Crown Prosecution Service, an independent body, and sent for trial. My experience of the justice system suggests any jury given leeway to set aside the loophole created to allow such killings by the judge and bring in a conviction for murder would probably do so.