How the Cambridge Archaeological Unit has kept archaeology going despite Covid-19 and Brexit, with links to some of what they've found. 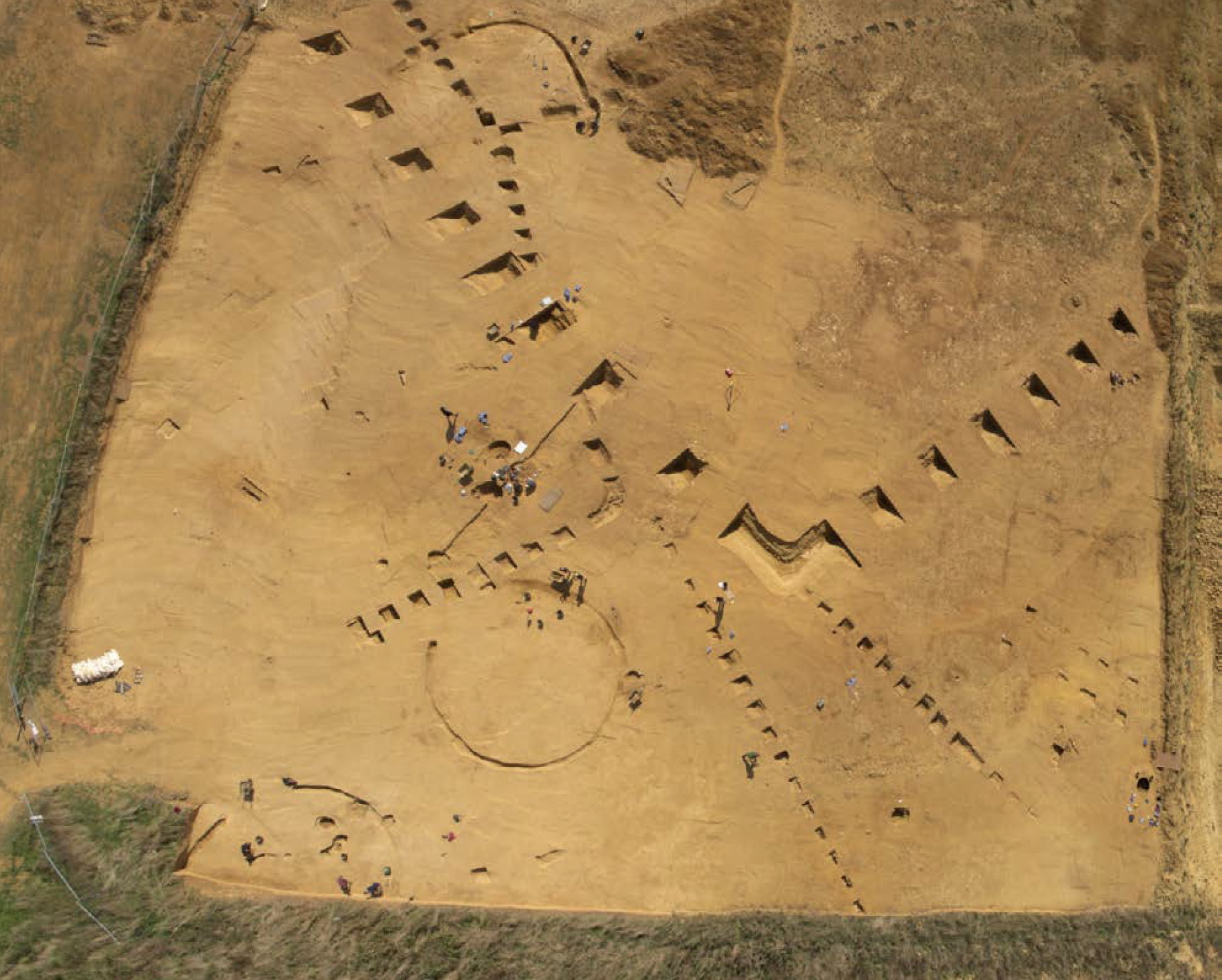 Christopher Evans, Director of Cambridge Archaeological Unit (CAU), the commercial offshoot of Cambridge University’s Department of Archaeology, tells Aidan Baker how the pandemic has been for them.

Founded in 1990, CAU is one of a number of bodies around the UK that carry out archaeological investigations in advance of large-scale building work.

Recent major CAU projects include Must Farm near Whittlesey – the Bronze Age “Pompeii of the Fens”, the charred remains of a wooden lake settlement at the edge of a working quarry. Ham Hill, in Somerset, was the site of an Iron Age hillfort at the edge of another quarry.

Before Covid-19, CAU had a well-developed outreach policy. Must Farm drew a huge following on Twitter and Facebook. As to the North-West Cambridge sites, Christopher remembers throwing Roman street parties.  Roman reenactors would camp out in the woods behind the Unit offices.  “We arranged to have two catapults and competitions shooting basketballs down the Roman road,” Christopher recalls. “But we couldn’t in ten centimetres of snow!” Joint projects with the RSPB in the Fenland – digging up ancient lake beds, identifying extinct bird species – played to CAU’s audience strengths.

Despite covid, the digs have gone on. The office side of things has shifted, like many people’s, to working from home, with all the problems it brings in times of school lockdown.

A large part of an archaeologist’s work is the publication of research reports – a business that’s turned out surprisingly complex to do remotely.  CAU has built a big scaffold marquee in their grounds and uses it for meetings when the weather allows.  This has enabled them to maintain safe social distancing.  The small teams – graphics section, survey section, finds specialists – can meet and discuss face to face.  As Christopher explains, “human interaction is so important!”

The pandemic has slowed down the physical outreach to the sites, but Christopher is surprisingly optimistic about its effects overall.  “The archaeological societies are their own vibrant communities,” he says.  He’s been very impressed by the growth of what he calls ‘citizen science’ in projects like a review of Roman plant remains in Cambridgeshire.

“There are vast resources of knowledge and intelligence and experience in the retired community,” Christopher points out.  “It brings a lot of solid information.  And the range of people you come into contact with – it’s inspiring!”

He’s also been glad to see the successful adaptation to new ways of communicating with the public.

“The archaeological societies are their own vibrant communities.  That sense of different ways of belonging and of identity are reinforced in the pandemic.”

CAU had long been skilled at the tensions between playing to audience strengths and satisfying the research expectations of the University. The research is often based on archaeological periods – Neolithic, or Roman, or Bronze Age – but most members of the public don’t really have a special period.  People identify with landscape – the sense of historic land use, prehistoric long-term land use, the long-term inhabitation of a landscape.

The work of digging – less directly affected than outreach by the pandemic itself – has gone on.  But other factors besides Covid-19 are wreaking their own harm.  Christopher describes one topic that came up recently in the regular meetings he has with other archaeological agencies.

“We were discussing this week how Brexit is beginning to hit archaeology very badly.  At any one time over the last few years, probably a quarter to a third of the people working in field archaeology were from the continent.”

Before Brexit, volunteers from the EU could stay for up to three months in a process that was free of any red tape. Now, anyone coming from abroad needs to apply for a visa, and to support it with proof of a registered sponsor’s job offer with a salary starting at £20,400. The resulting increase in bureaucracy can be imagined.

Christopher goes on: “With the scale of current infrastructure building-works, and the impact of Brexit, there are simply not enough professional archaeologists in England.”

The challenge of getting enough archaeologists together is further exacerbated by developments like the closure of the Archaeology Departments at other universities such as Sheffield and Worcester.  A Historic England report points to planned commercial projects, suggesting the archaeology workforce needs to increase by up to 64 percent by 2033.

“Sheffield has been a leading department of archaeology and one of international stature. It produced many well-rounded (and thoughtful) field archaeologists.”

The pandemic provisions are still in place in August 2021.  Archaeologists are still meeting in the big marquee, but Christopher is cautiously optimistic.

Places covered by CAU’s investigations include the homes built before 1841 by the Manea Fen utopian commune, and the remains of the test track for the 1970s hovertrain at Earith.  Both of these, in their time, were seen as the way of the future.  They turned themselves to past very abruptly.

Christopher spoke also of “the healing qualities of encounters with the past”.  Perhaps research into those abrupt over-turnings of the future is good for a philosophical view of things. Most of us can manage some awareness that “this too shall pass”.  A hard, steady, practised look at what brought old futures down is one way to keep our fears in perspective – and maybe even to manage them when they turn real.

Interview conducted on Zoom and edited for clarity. Aidan Baker retired in 2020 from Cambridge University’s Haddon Library of Archaeology and Anthropology.