At last, a breakthrough for a progressive alliance

Is Keir Starmer preparing the ground for a progressive alliance to defeat the Conservatives in the next election? 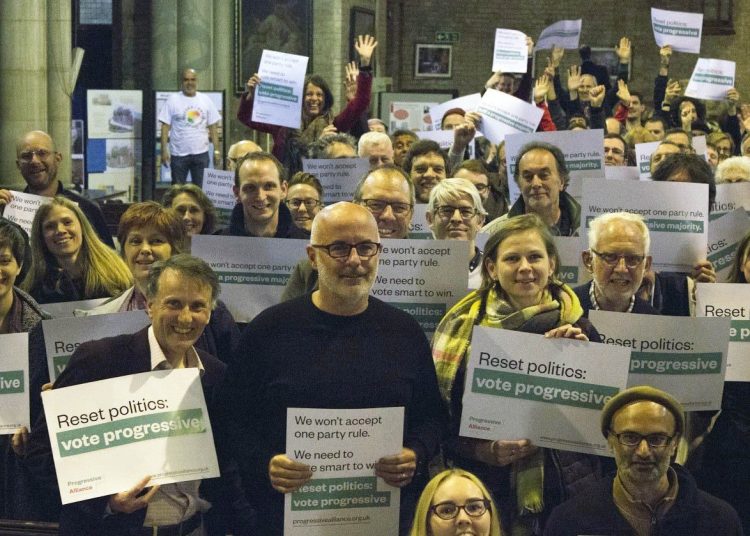 Campaigners for a progressive alliance. Photo by Compass

This week, the Financial Times reported that Keir Starmer has told colleagues that the Labour Party must focus resources ruthlessly on its target seats in the next election. This implies putting less effort into Conservative seats where Labour is in third place. If the Liberal Democrats were to do the same, the chances of removing the Conservatives from power would go up dramatically.

Is this the breakthrough for the progressive alliance that campaigners like Compass have been calling for?

Nobody is explicitly endorsing a formal alliance yet, but suddenly there are straws in the wind. Rachel Reeves, Labour’s Shadow Chancellor, has acknowledged that:

“Labour will field candidates in every seat, and in most of them we stand the best chance of beating the Conservatives. But for many voters, the priority is removing the Tories from office: if in some seats that means voting Lib Dem, a lot of people will vote Lib Dem.”

“If Labour and the Liberal Democrats spend all their time and money trying to beat each other it’s really not good for progressive politics. We need to fight in the areas where we can win and that is the overwhelming priority.”

It’s a strategy where both could be winners.

Why a progressive alliance?

Whatever their differences, Labour, Liberal Democrats, and Greens have more in common than any of them have with the Conservatives. In seats where there is one clear challenger to the Conservatives, it makes sense for these parties to work together.

It is also realistic. It will be very difficult for Labour to win the extra 120 seats they need for a working majority.  Swings of that size have only occurred in 1945 and 1997. Further, Labour has seen several Trades Unions withdraw funding, meaning that campaigning resources probably have to be more narrowly targeted.

What do they need to do?

In electoral terms, there is no serious conflict between the progressive parties. In almost all seats one party is the clear challenger to the Conservatives.

The parties will not reveal their target seats. The lists will be revised as the election approaches, and decisions will be influenced by local factors. However, simple arithmetic shows that, to secure a working majority, the progressive parties need to retain all their existing seats and take 50 more seats from the Conservatives. So what are those seats?

The 50 smallest Conservative majorities are all less than 3,700. All 50 are winnable (and in 30 of those, the combined progressive vote is already larger than the Conservative one).

The table below analyses these 50 seats. It shows the number of seats where each party came second to the Conservative, and the proportion of the opposition vote which that party gained. In all these seats there is a very clear leader.

This is not a formal alliance

The emerging picture is not a formal alliance. Parties have their own policies, and whatever the national politics, some voters, and many workers on the ground, will be unwilling to abandon long held allegiances. As the largest opposition party, Labour will never want to admit that it can’t win everywhere.

However, in the 50 or so key seats, progressive parties will concentrate their efforts where they are clearly the most likely to defeat the Conservative. The other parties will not spend a lot of resources on campaigning there, and they will quietly encourage their supporters to vote for the lead party.

This has already happened in the last three byelections, Batley and Spen, Chesham and Amersham and Shropshire North. In all three, with quiet encouragement from their parties, voters have abandoned their traditional allegiances, to back the candidate best placed to defeat the Conservatives.

In all three, progressives won.

What could happen in the East?

The East of England has returned a majority of Conservative MPs for a long time, and this is not likely to change in the next election. But there are four constituencies where the progressive vote in 2019 was more than 49 percent. If all voters had voted strategically in Watford. South Cambridgeshire, Hitchin & Harpenden and Colchester, there would have been 2 more Labour MPs, and 2 more Liberal Democrats. Not a revolution, but a step towards a more representative outcome.

And there are six more seats, where the progressive vote share was over 45%. In South East Cambridgeshire a strategic vote could have returned a Liberal Democrat MP. In Norwich North, Peterborough, Welwyn Hatfield, Stevenage, and Ipswich we could have Labour ones.

In May there will be local Council elections in all these constituencies except Watford. These may give some indication of the relative strengths of the parties.

Tactical voting at the next election could well produce a minority Labour government. The price of support from LibDems and Greens would probably be agreement to legislate for proportional representation for Westminster elections. In the East of England, this could be the last time we have to make these calculations, and the last time the Conservatives win 91 percent of the seats for 57 percent of the votes.

More on a progressive alliance 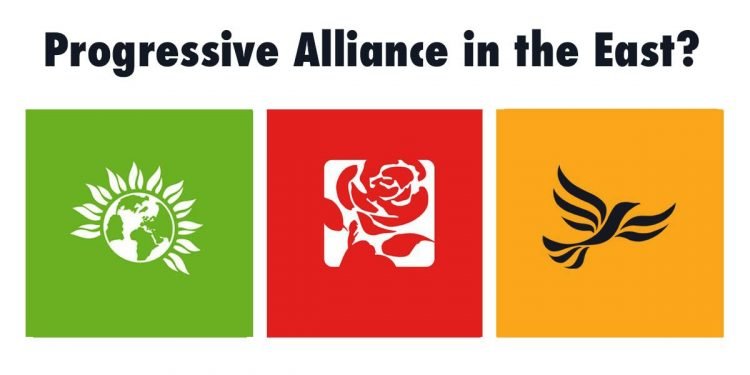