A masked police spokesman say they found insufficient evidence of a car crash. 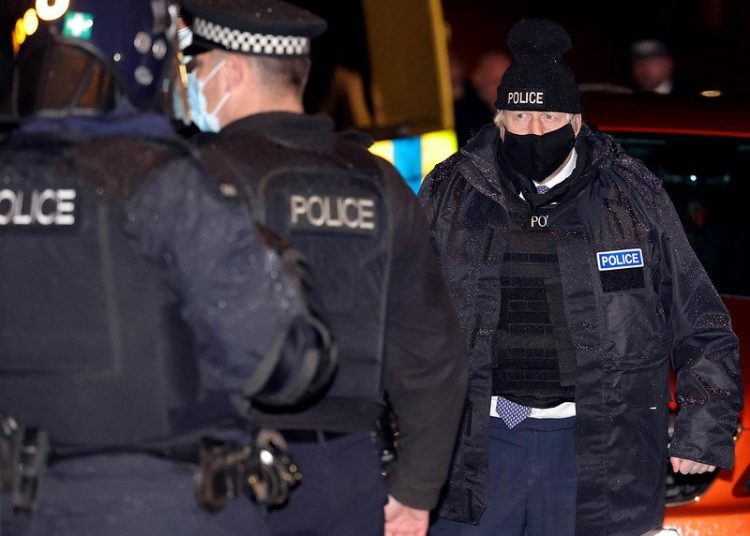 A masked police spokesman say they found insufficient evidence of a car crash. Photo by Number 10 via Flickr (CC BY-NC-ND 2.0)

A gang known as the ‘Johnson Joy-riders’ were involved in a fatal accident yesterday when the driver, ‘Baby-face’, apparently lost control and crashed near Downing Street. There were reports that they were fleeing the scene of an illicit party, and that several wheels had come off the vehicle before the incident.

According to eyewitnesses, there were casualties at the scene, but the driver fled on foot shouting that there hadn’t been an accident and there was nothing to see.

A spokesman for the Metropolitan Police said they had received several reports of damage to the public preceding the alleged crash, but because of insufficient evidence and the fact that it had happened in the past, they were unable to take further action.

Experts in forensic psychiatry say that joyriders often experience a ‘group-think’ where getting away with a crime leads to dominant sensations of power and entitlement, and all sense of legal and social restraint is lost in the adrenalin-rush of the crime.

Reporting restrictions are in place.

The elephant in the briefing room

The elephant in the briefing room