Robert Tombs is unconvincing in his sovereignty argument on why the UK had to leave the EU in his book This Sovereign Isle. 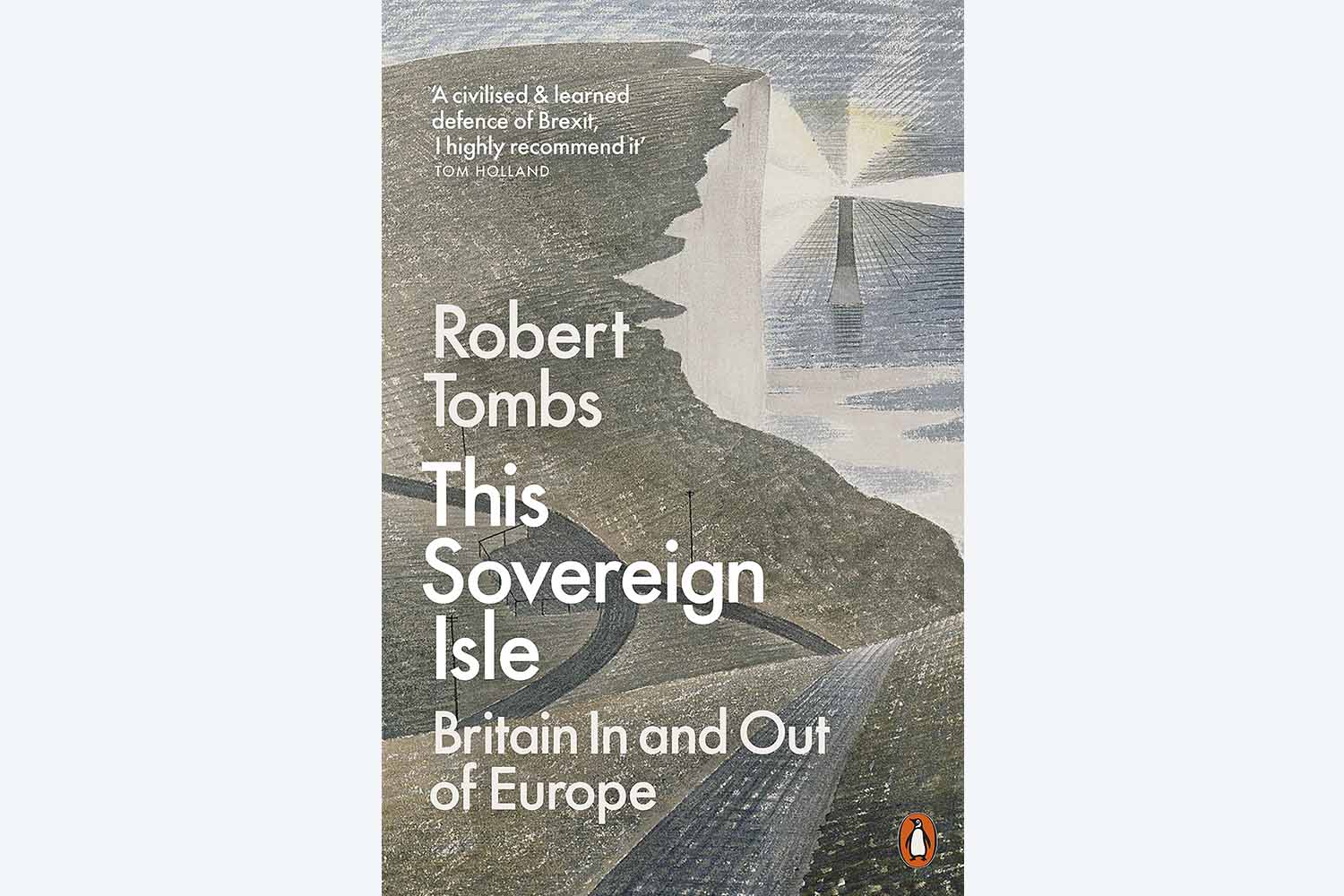 Robert Tombs is an expert on the history of France, his wife Isabelle is French, and the two of them together, some 15 years ago, produced a book about the French and the English called That Sweet Enemy. It is massively long but wonderfully good reading. Particularly fascinating is that in just a few places – over the Napoleonic Wars for example – the unity of authorship breaks down and we get several pages of ‘she thinks, he thinks’. The French and the English outlook cannot be reconciled.

Tombs new book on Brexit – This Sovereign Isle – is slim by comparison, though rigorously argued. It begins with a brisk summary of British history since pre-Roman times. Tombs concludes that there is no pattern to Britain’s relationship with the continent, other than an absence of pattern; no settled link, a shifting series of alliances with one continental country after another.

This might be a platform for arguing that Brexit is of a piece with our earlier history. Tombs disclaims that thought – yet the weight of history is a theme running through the book. The EU (for which he has few good words to say) is ‘flying in the face of Europe’s history and its vaunted values’, and Britain, in leaving it, is acting consistently with past behaviour and continuing a centuries-old stand for democracy.

Tombs tells us that after years of being a passive supporter of the EU (in common with most Cambridge dons) he was converted, by some rather chance remarks, into voting Leave at the 2016 referendum. He has the zeal of a convert, and impatience with the views of his former self to match.

We’ll pass briskly over his analytical account of Britain’s fumbling attempts to join in the 1960s and painful efforts to become a fully functioning member of the club through the 1970s into the 80s. The story is familiar. I paused only on one point which may surprise. It surprised me. Tombs says that in concluding (as we did) in the 1960s that we needed to join the EC for economic reasons, we were misreading the data. In fact, he asserts, the UK economy was at that stage (but not in the 70s) performing at least as strongly as the German or the French – which we were thinking we should hitch our wagon to. I have not seen that argued elsewhere. Has Tombs been consulting the right economists?

Weaknesses of the EU

Of more interest for us as we adjust to the done deed of Brexit is what Tombs finds wrong with the EU of today. This is a key part of his mind-set. He tore apart a book by the Financial Times’s Philip Stephens (Britain Alone), coincidentally published on the same day as This Sovereign Isle, in an excoriating review, inter alia for giving no attention to the weaknesses of the EU. In his book those (I summarise) are: disregard for the views of the voters, flaccid economic performance, fatally flawed single currency system which multiplies inequalities, hopeless disunity in foreign affairs, and spanning all this the incessant quarrels between members.

That’s quite a catalogue of weaknesses. He says: it makes a clinching case for leaving. I would say: the quarrelsomeness of the nations of Europe makes a good case for having some system of rules, to keep the lid on the quarrels and limit the damage. It flies in the face of history, yes, but that was precisely the purpose of the project.

Tombs argues that the net benefit to the UK of membership, if any, has been slight, more so than for any other joiner. This is a sound point. Both economically and politically nearly all others gained to a recognisable extent that has weighed with their voters. Germany gained rehab, France a revival of status; Greece, Spain and Portugal put dictatorship behind them and gained cash for modernising their economies; the ex-communist central Europeans similarly.

Britain alone got a poor deal financially at the start, and was not in need of a brotherly embrace from any neighbours. For Britain alone the profit and loss account has all along been more finely-balanced than for our partners; on Tombs’s analysis more adverse for us than was thought at the time. He wants his readers to be in no doubt that we are leaving a sinking ship. He thinks the consequences of leaving will be no great shock, pointing out that not being in the Euro has made leaving feasible for us whereas for any Euro member it would be economically seismic.

Sovereignty is our big prize. Sovereignty (viz. the book’s title) trumps all other arguments for leaving. Sovereignty, he argues, belongs at the level where the people can vote to change their rulers; at the level of the nation state, not the EU. Not for him the argument that we have been pooling our sovereignty in many ways, through international organisations of one kind and another, in exchange for which we draw benefits in security or prosperity.

Sovereignty is only real if it can be exerted. Inside the EU we had simply surrendered it, he says. Others say: although we ‘shared’ our sovereignty on a broader front in the EU than in NATO or the WTO for example, we stood to benefit across a broad range too. As in a marriage. Sovereignty in Tombs’ sense looks like solitude.

As to influence in the wider world, Tombs gives that consideration short shrift throughout This Sovereign Isle. Philip Stephens (op. cit.) lays bare how British prime ministers since the 1950s have been serially deluded about Britain’s weight in the world. Tombs gives us no guidance on what is to come next. Looking to the future he offers only doubts and vagueness: America is still of core importance for us; the English-speaking countries have ‘important shared memories’; ‘the Commonwealth provides soft power based on affection’; ‘leaving the EU demands fresh engagement with the 21st century’. This is fluffy stuff. We are taking a leap in the dark.

Praise is thin on the ground in the book but a few words of commendation are bestowed on the French for superior statecraft; on the énarques who form the upper crust of France’s politicians and civil servants. They are praised for consistency of purpose (in contrast to the Brits), for holding course over the past 75 years or so, pursuing French interests under the guise of European interests.

The thought is left in the air that the victory which Britain’s leaving the field represents for their policy may be short-lived. They may have scored over Britain only to fall prey to Germany. There is no end to history.

Richard is a retired senior civil servant who has worked at top level in the Ministry of Agriculture and Fisheries, the Department of Trade and Industry and the European Commission.