This weekend the Cambridge University Ukrainian Society held two rallies, inviting local residents to stand in solidarity with them. 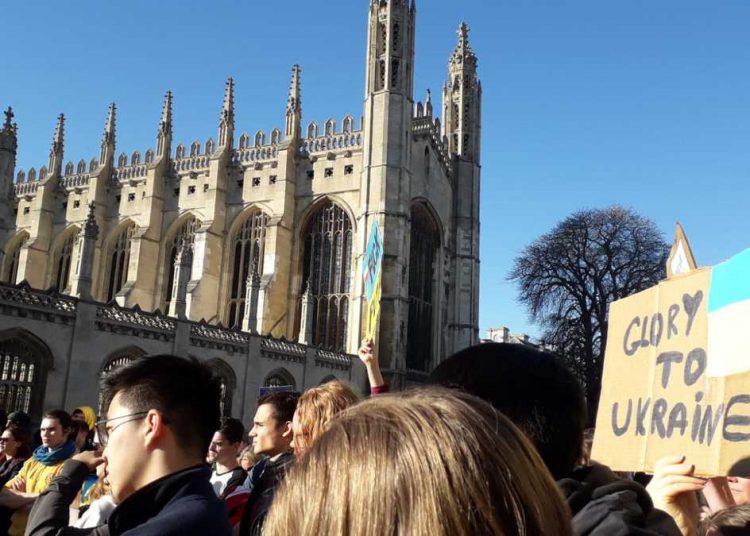 On Saturday and Sunday, large crowds gathered in Cambridge to show solidarity with the Ukrainian people in the face of Vladimir Putin’s invasion.

The rallies were organised by members of Cambridge University Ukrainian Society, many of whom spoke movingly of friends and family members who are in Ukraine as Russian missiles fill the skies.

“This is not just about Ukraine, this is a war on the West, on democracy, on all our freedoms,” said one member, calling on the crowd to do all they can to support Ukrainians in their struggle.

Another asked attendees to put themselves in the Ukrainians’ shoes: “Look up. Here the sky is blue and it is empty. And sometimes, emptiness can be beautiful. Because in Kyiv, it is sunny too, but the sky is full of Russian missiles.”

Dr Olenka Pevny, Director of Ukrainian Studies at the University of Cambridge, gave a magnificent speech which moved many in the audience to tears: “Yesterday, I was less angry, because my countrymen were fighting back,” she said. “Today, I am angry because my home city is under attack.”

The Cambridge University Ukrainian Society has been holding rallies every day since Russia invaded Ukraine. There will be rallies every day next week at 17:30 on Kings Parade — they ask as many people as possible to join to show solidarity with the Ukrainian people.

They ask people to donate, write to their MP to demand more sanctions and military support, including a missile defence system, and to raise awareness on social media by sharing the stories of people who are in Ukraine.

In a statement, the Society said:

“We, members and friends of the global academic community, stand in solidarity with the people of Ukraine against Russian military aggression and imperialism.

“We denounce the invasion of Ukraine by the Russian state and the annexation of Crimea that continues since 2014. We condemn the recent decisions of the Russian Federation government to further violate Ukraine’s territorial integrity and sovereignty and to attack Ukrainian cities. We demand the urgent withdrawal of Russia’s troops from the Ukrainian borders and territories, and an end to Russian interference in Ukraine. We call onto states around the world to support Ukraine with actions, and not just words!

“We condemn the cyberattacks, information war and fake news campaigns created and promoted by the Russian state and media. We will do everything in our power to share truthful information about Ukraine and to transform universities around the world into the spaces of full and unwavering solidarity with Ukraine and its people. We must build a new strong movement to stand with Ukraine now, and to prevent the further international crisis!”

You can find all the information you need about how to help the Ukrainian people here. 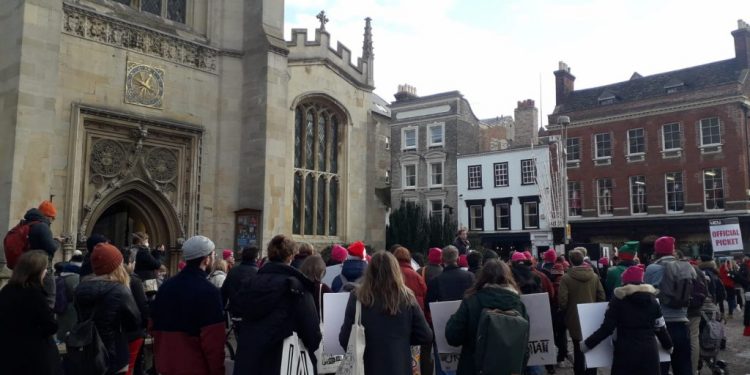