In 2007, a multi-agency team was created to help exploited women and girls in Ipswich. Are such teams even possible in these days of cuts?

For anyone who has ever worked in social care, it’s been painful to watch the deterioration of the welfare system over recent years. When I managed a multi-agency team involved in assisting women to exit prostitution from 2007 to 2012, I was already aware of the gaping holes in its so-called safety net.

Today, we would be even less able to help exploited women, because of the severe cuts to basic income, housing benefits, sexual health clinics, domestic violence hostels, as well as to local authorities and health services themselves. I find myself wondering how on earth the project would manage nowadays.

Background to the Ipswich project

Fifteen years ago, five women prostituted on the streets of Ipswich, were murdered in quick succession by Steve Wright.

Most of the women were local. The people of Ipswich were traumatised by these events, and in response, all agencies came together, and the majority decided that the women should be helped to exit prostitution so that this would never happen again.

95 percent of the women were addicted to drugs, the majority were homeless, although some stayed in ‘crack’ houses, one in a van, and some sofa surfed. One was street homeless. Some were pushed into drugs, and onto the streets by so-called boyfriends, in order to earn money. They were subjected to violence on the street by men who picked them up, including rape.

Many, but by no means all of them, had left education early, and had unstable backgrounds. Some had been abused or sexually exploited as children. Most suffered from low self-esteem, and post-traumatic stress disorder. 85 percent of them had children, none of whom lived with their mothers.

Some children had been looked after by families, some adopted or fostered. Some had been arrested for soliciting, shoplifting, and one woman reported that she had been to prison 17 times. Criminal records proved to be a barrier to obtaining work. The scheme was open to men, but only one was ever found to be working on the street.

Many had concerned families who had tried to help but had not been supported.

Women and girls living in the so-called red-light district were also subject to harassment from punters, and the residents of the area were vocal in their distress at being constantly subjected to prostitution on their streets.

A small multi-agency team was formed, with very little idea of how many women would respond. The team was answerable to a multi-agency group of senior managers, and to local councillors. My feminist politics informed my approach as leader of the team.

Two of the team were policewomen, who knew the women and understood that they were caught in a revolving door of fines, inability to pay, prison, and back onto the streets. There was a high level of trust and learning within the team.

The majority of the women were helped within eighteen months through drug and alcohol treatment, welfare benefits, health and dental services, and the provision of somewhere to live. To no-one’s surprise, women wanted to be helped. The team gradually expanded to meet the needs of children (mainly girls), who were being sexually exploited, and women trafficked in brothels.

Because homeless services were aimed at men, and these women were vulnerable to further exploitation in hostel accommodation, they were housed in hotels, in bed and breakfasts, and in the end, in flats of their own. One or two were taken in by their families.

Funds were found to pay for deposits and the first month’s rent, food vouchers, furniture from charities. The team worked with childcare social workers to reconnect them with their children, if they had lost contact. Support workers were crucial to the success of the team, accompanying the women to access services, texting them on a daily basis, helping them if they stumbled, but they also had to lay down boundaries for the women. The team was involved in delivering training to all agencies, and this included some of the women themselves wanting to tell their stories.

It became obvious early on, that attention had to be focused on children who were being sexually exploited, as well as those in brothels. Some women had been abused and sexually exploited as children, had worked as so-called escorts, pole dancers, in brothels and on the streets.

The team expanded to include childcare social workers, and police visited brothels, and worked to close down those where children had been exploited. Networks of exploiters were uncovered, for example trafficking was carried out by so-called taxi services within and outside the county, and links were made to people in London and drug-trafficking.

Research showed that women often take as long as 20 years to recover, and need long-term support. Our team worked with nearly 100 women over a five-year period. However, after six years, the team was disbanded, apart from a senior manager responsible for identifying the sexual exploitation of children.

The team’s achievements were evaluated by UEA. The report found that savings of 55 percent were made to the criminal justice system. No women were fined or imprisoned during this period in stark contrast to previous years. Through the delivery of training, prejudice against these women was challenged, and services were improved to meet their needs.

What about present day?

Recently, a very few women are reported to be back on the streets. COVID has hit women disproportionately and no face-to-face work was possible. Welfare benefits are reduced, poverty has worsened, possibly leading to an increase in women on the streets. Police are receiving reports that women are subject to violence, extreme in some cases, and are signposting women to such services as exist. Agencies at a senior level are concerned. Sadly, without an investment in ring-fenced funding and the multi-agency staff to assist the women, it is unlikely that women can be helped as they were fifteen years ago.

The women challenged the team’s thinking, and I personally learned a huge amount from the women themselves and from members of the team. These women are daughters, mothers – ordinary women, who have survived abuse and exploitation. 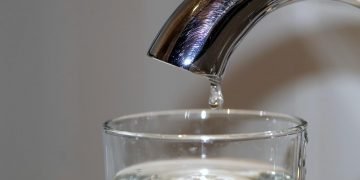