Interview with On the Verge founder and East Anglia poet Alice Willitts on her poetry about the region and her concerns on the environment. 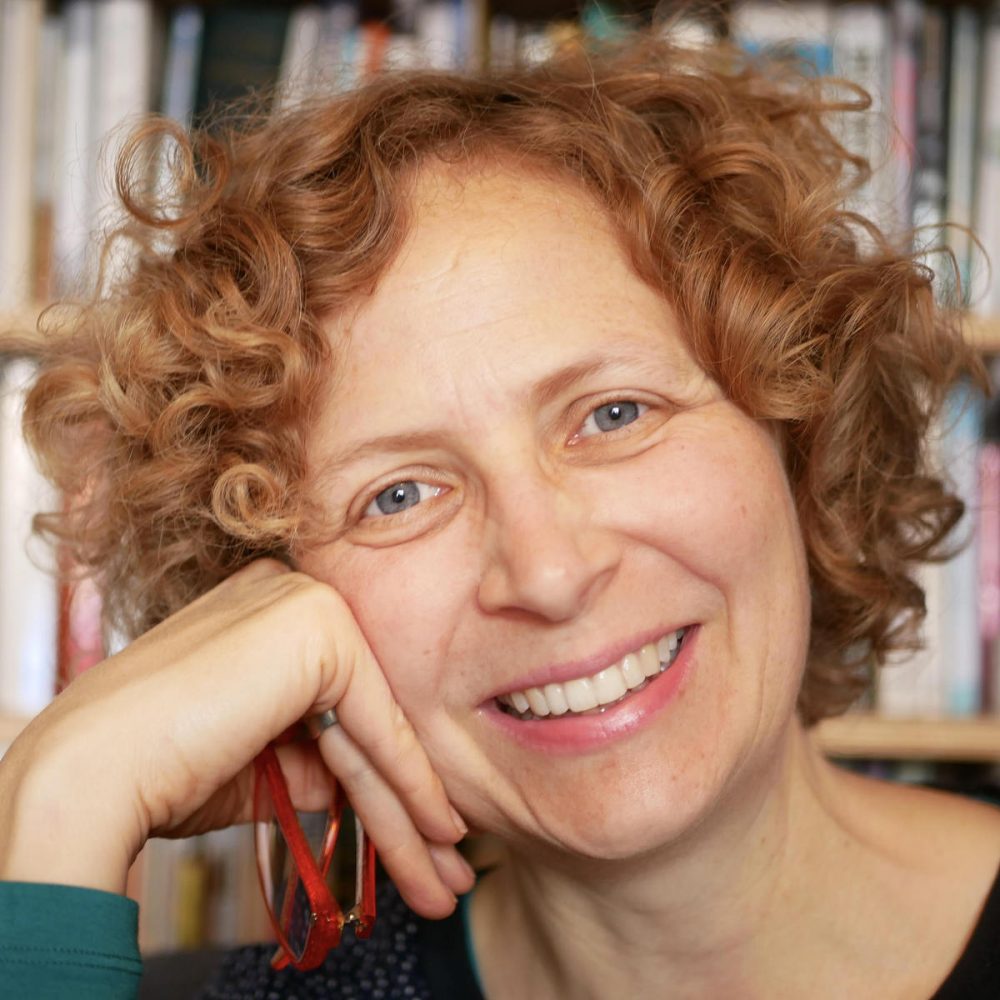 Alice Willitts’s poetry world is quirky. Her shortlisted entry for the Ivan Juritz Prize 2018, a collaboration with Anna Cathenka, sought to ‘grow’ the poem as by laboratory techniques. Their reading ‘p0EM_Stein1’ reports on a resulting distillation of nine words, from which their fractal poem grows. Outside poetry, she co-founded On The Verge Cambridge to promote the growing of nectar-rich flowers around the city.

Aidan Baker interviewed Cambridge eco-poet Alice by email about her writing and her environmental concerns.

Your poem ‘Chalk stream warnings issued to Environmental Agency at 16h30 on Tues 8 Oct 2019’ lists rivers from Norfolk, Cambridgeshire, Hertfordshire, Bedfordshire, and Hampshire, and describes them by how deathly they are. Why this particular choice of rivers?

They’re chalk stream rivers. The poem’s a protest. Habitats are being lost to over-extraction and pollution. I was fed up with the toothless official responses to this. I wanted readers to feel moved to find out more, to understand instinctively that this poem was asking for their action too.

I was issuing a warning to the Environment Agency. It is also a poem of grief over these endangered waterways. In the Places of poetry book, the poem snakes down the page like a river and the words become progressively paler until they fade away altogether, like a ghost. The repetitive voice of a weather warning combines with the insistence on river names coupled with synonyms for ghosts. It becomes the sound of what we’re losing.

You edited an issue of the poetry magazine Magma on the theme of collaboration. How much of your current poetic work is done in this way?

I’m very interested in collaboration. It’s a political act. It pushes against a dominant myth that individual genius underpins artistic work. I’m a mother, a plantswoman, a writer. Which of these things could exist without collaboration?

Extinction Rebellion tries to educate people in making collaborative, non-hierarchical structures. They are actively demonstrating a new power order based on assemblies and devolved groups uniting behind a common goal.

Artists and writers are wired to observe, to play our society back to itself. It is our duty to refuse what is iniquitous, exploitative and degrading. Poetry can show what is so close up we may fail to see it or reject it, until it’s too late. We’re witnesses.

We’re authors in the original sense of the word. When your argument persuades enough people, you are considered the authority on a subject. This ancient reliance on the power of thought and persuasion ceded to ‘proof’ and ‘fact’ as science came to the fore.

Fake news is this power in the hands of self-serving showmen. But it shows the value that putting ideas in other people’s heads has in a real economic and political sense.

Your Twitter bio links to On The Verge Cambridge, and the website explains OTVC’s purpose as promoting nectar-rich plants around the city. How is that going?

We’ve started a school programme to support growing meadows. OTVC offered packets of seed to sow a 1m meadow in your garden. We encouraged people to send these seeds to loved ones near and far for Valentine’s Day – and held an online concert to bring people together.

If people understood how many creatures, microbes, were killed in every teaspoon of soil that is sprayed, tilled and trampled they would gasp. In OTVC we campaign to stop the spraying of verges, roundabouts and municipal spaces.

Let’s re-imagine streets as greenways with priority given to living spaces for the people, not routes to somewhere. We need vibrant spaces that smell of spices and baked food, ring with the bodies and voices of people and have comfortable spaces to stop and socialise or play under trees. That life is good. Our cities need rewilding; maybe we need rewilding a bit!

On Midsummer Common here in Cambridge, the cows, herons, dogs, wildfowl and people share the city. I’d like the common to be covered in trees and wildflowers.

We need more plants on the surface of our planet. They’d create cool where there was heat, soak up water runoff where there was flooding, provide shelter to wind-blown people. Cities with their parks, streets and gardens have people to tend them and can contribute hugely and immediately to addressing this need. The mowed, green lawn is a ridiculous anachronism.

Your collection With love came out last year from Live Canon. Would you like to tell us about this new book?

With love is a collection in three parts. The first and last parts ask what is love in a time of catastrophe? What role do love poems play in the face of so much damage? The middle section addresses the object of love directly and simply in uncomplicated language.

As a whole, the collection is a narrative of valuing craft. Working to repair is better than discarding what is worn through. That’s an allegory for how we might approach mending our relationship with the planet. Our primary relationship, on which we depend utterly.

Re-imagining, rewilding, repairing – these things don’t always point in the same direction. Alice Willitts is one among many voices helping us to make sense of them. With her love of collaborative creation and her distrust of individual genius, she’d make no grander claim for herself than that. She loves East Anglia, and specific places in East Anglia, and she’s dedicated to making them richer and more alive. Let’s read her for our own thriving.