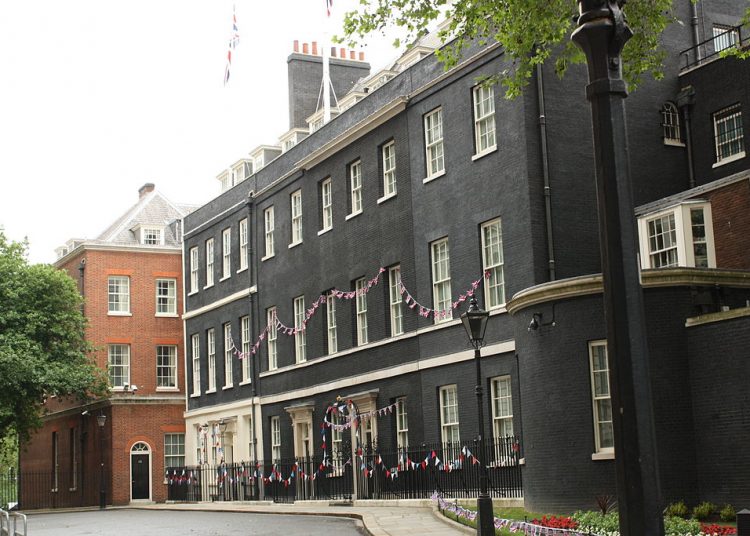 A government losing its moorings

Boris Johnson has had a difficult few weeks. His appearance at the global COP conference was not the success he hoped for. He has been widely mocked for a speech to the CBI where he offered no clear policies, his jokes fell flat and he lost his place for nearly a minute. More importantly, he has seen his majority in Parliament whittled away on several critical issues. He has been forced into a humiliating U-turn on MP’s corruption, and his cancellation of the northern leg of High Speed 2 rail has upset many of his Northern MPs.  This week the party has been overtaken in the polls by Labour. If forced to choose, 42% of voters would choose Starmer as Prime Minister, compared to 36% for Johnson.

However, the government has a majority of 80 MPs, so he should be safe, despite rumbling discontent. In East Anglia, 51 of the 58 MPs are Conservatives. They are usually loyal to the party, so how have they voted on the critical issues, and are there signs of discontent?

First, in September, the Labour Party forced a vote on whether to keep the £20 “uplift” on Universal Credit, which the Chancellor had introduced to ease the pressures of Covid.

Knowing that some Conservatives were concerned about the hardship which the end of the uplift would cause, and that a vote would not be binding, the party decided to avoid a vote, and ordered its MPs to abstain.

All the other parties voted to retain the uplift, and the vote was 253 to 0. In the East, a solitary Conservative MP, Peter Aldous (Waveney) rebelled and voted with the Opposition.

The second event was the attempt to change the rules on MP’s misconduct. This was intended to protect MP Owen Paterson, who had been found guilty of lobbying Ministers on behalf of firms who were paying him more than £100,000 a year. The government encouraged former Minister Andrea Leadsom to propose an amendment which would have suspended Paterson’s punishment while the whole system was reviewed.

The convention is that MPs have a free vote on disciplinary issues, but on this occasion the Conservative Party demanded that their MPs support it. Although many were unhappy, most held their noses and supported the amendment. It was carried by 250 to 232, with the government majority cut from 80 to 18.

In the Eastern Region, nearly a quarter of Conservative MPs did not vote for the amendment. Jackie Doyle-Price (Thurrock) and Richard Fuller (NE Bedfordshire) rebelled and voted with the Opposition, and ten did not vote.

The day after the vote, public outcry forced the government to reverse its decision, leaving those who had voted for something many thought was wrong the day before, looking distinctly foolish.

When he was elected in 2019, Boris Johnson promised that he had an “oven ready” plan for social care, an issue which has defeated successive governments for decades.  Almost two years later, a “plan” was revealed. It turned out to be only a plan to protect some people from having to sell their homes to pay for social care. It had nothing to say about the inadequate funding of social care, or the acute staff shortages, which mean that many people do not get the care they have been assessed as needing.

When the detail was revealed, MPs discovered that the proposed “cap” on how much any individual would have to pay for social care was not only higher than previous recommendations, but also would disproportionately impact people with fewer assets, who would still have to sell their homes. For Labour, Angela Rayner said:

Tonight, Conservative MPs voted to break their promise that nobody would have to sell their homes to pay for their social care costs, and voted to hammer poorer pensioners to protect millionaires in mansions. It’s an inheritance tax on the north and a con, not a social care plan.

When it came to the vote, the Conservative majority was reduced from 80 to 26. Nineteen Conservative MPs rebelled, and at least 70 did not vote. Fifty seven of them are believed to have abstained (the remaining 13 are reported to have been “paired” by agreement with MPs from opposing parties).

Four of the Eastern Region MPs voted with the Opposition, and three more did not vote.

Ones to watch in the East

Fifteen of the 51 Conservative MPs in the East have rebelled against the government or abstained on a whipped vote at least once in the last three months. Seven are in what would normally be regarded as “safe” seats. It will be interesting to see how they all vote in future. (“Yes” indicates support for the government, “No” voting against. Those marked “Absent” did not vote – either actively abstaining or not present).

A government in danger?

On these three critical issues, almost a third of Conservative MPs in our region have failed to support the government on one or more occasions. It is clear that still more are angry about being forced to vote for the Leadsom amendment, only to find the government reversing its position a day later.

These are just three among many problems Conservative MPs face. They include shortages, rising prices, the crises in social care and in the NHS, the unresolved Northern Ireland border issue, tensions with France; and allegations of corruption over Covid contracts. Many of those newly elected in 2019 are right to feel nervous about their futures.

If a third of Tory MPs were to rebel on a single issue, their majority would disappear entirely. However, that is very unlikely, since those who rebel, do so on different issues; and if the party’s survival were to be under threat, they would certainly band together.

What it means for their present leader is, however, another matter. The Conservative party has a tradition of brutal dismissals of leaders it thinks are failing. It is not clear that Johnson will continue to pass the test if his recent record continues. It has been claimed that a dozen MPs have already signed letters calling for his removal. In our region, we could find Priti Patel, Liz Truss or Matt Hancock sharpening their knives.