UK homes leak heat at an alarming rate. This costs money that many can’t afford. Insulate Britain have decided to highlight the scandal. 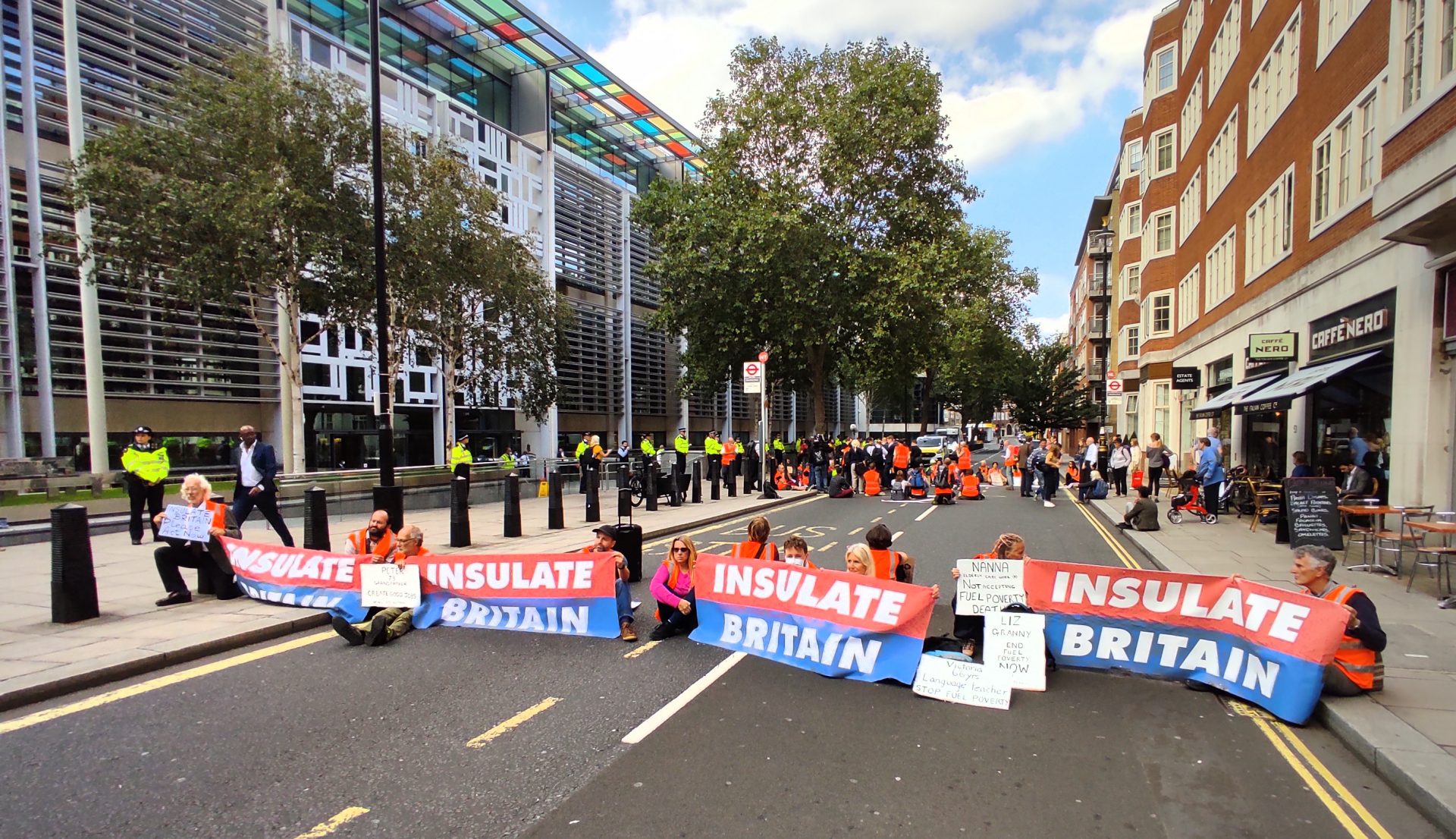 The UK government has recently announced the Domestic Renewable Heat Incentive (RHI), a programme of grants to encourage the use of heat pumps. However, the grants are not generous, and you need to have ensured your house is insulated to the required standard. Which could be expensive. And a horrendously high proportion of UK homes have appalling heat loss due to totally inadequate insulation.

The UK has nearly 30 million homes. The housing stock is the least energy efficient in Europe. According to the government’s own figures (Energy White Paper, Dec. 2020), 90 percent of our homes use fossil fuels, and most of that is for heating; they contribute 19 percent of the UK’s total emissions. A majority of homes (66 percent) have an energy performance certificate (EPC) D or worse: the 2020 White Paper shows (Fig. 7.2, page 101) their energy bills as ranging from £1000 up to £3000. The recent hikes in gas prices can only make matters worse.

The commonly used blanket term is ‘insulation’, but the problem is heat loss. Reduce the heat loss (and thus the loss of energy) and you reduce fuel usage and hence carbon dioxide emissions.

When you light a log burning stove a room warms up. Why was the room cold? It wasn’t cold in July. The answer is that the heat which was there in July has escaped. If it had not, the room would still be warm. So should we look at keeping heat in rather than replacing what has been lost? This is quite logical but not intuitively obvious, since what we experience is that a room that was warm gradually becomes cold.

What if the room had been perfectly insulated and no one had been in it since July? It would have been at the same temperature as it was then, probably about 23°C. How could we get into the room without letting the heat out? A very real problem for the International Space Station, where they use an airlock so that only a small amount of air is lost if someone has to go outside. In a house, a small, heated porch is one way to reduce heat loss.

Insulation is easy in new builds

Newly built houses are designed with various methods to minimise heat loss. There are three ways to make a space warm:

A real house is compromised over an ideal sealed cube in that it has to have doors, windows and ventilation. The easiest part of the construction to address is the brickwork. So, for example, a solid brick cottage in Norfolk – the pattern for many East Anglian houses – is probably the worst insulated construction next to a Tipi! Adding an extension on the back using modern construction techniques highlights the contrast to the traditional front: the extension is palpably warmer and more comfortable.

Ways to deal with heat loss

A completely new build deals with heat loss as follows:

A clever feature in modern builds is the ventilation. An extractor fan to remove fumes from the kitchen or steam from the bathroom also sucks in an equivalent amount of cold air from the outside. In a new build the air is extracted through a heat exchanger and the heat from the outgoing air is passed to the cold incoming air, warming it. This is never 100% efficient, but it’s better than the total loss which would otherwise occur. This kind of feature is relatively low cost when done at the build stage.

Retrofitting is possible but expensive – so expensive that it would be cheaper to knock the house down and start again? That depends hugely on the building itself and its urban/rural context. And some ways to reduce heat loss can be less prohibitively expensive. Check your loft insulation – if it isn’t 250mm deep it’s worth adding an extra layer – and see if there are gaps around windows and doors where you could add draft-proofing. There is guidance on the government website, and some grants may be available.

All this, however, needs to happen on a huge scale, and even with grants (if available) the work needed is likely to be beyond what many can afford. To meet our climate obligations, says Insulate Britain, millions of homes need to be retrofitted with insulation, at a rate of 1.5 homes per minute, up to the year 2050. According to the Climate Change Committee (2019), ‘efforts to adapt the UK’s housing stock to the impacts of the changing climate … are lagging far behind what is needed to keep us safe and comfortable, even as these climate change risks grow.’

Insulate Britain’s challenge to the government

On 13 August 2021 Insulate Britain (IB) wrote to the Prime Minister, highlighting the urgency of responding to the climate emergency. They presented their demand in simple terms: insulate the housing stock of the country. Their request is for the government to fund the insulation of social housing stock first, by 2025, and to produce a legally binding national plan to fund retrofitted insulation to all homes by 2030. The response they received can best be described as cursory:

The Institute of Engineering and Technology at Nottingham Trent University describes in its document Scaling up retrofit 2050 what is needed, and identifies (page 17) various barriers to their recommendations. Worryingly, the barriers to recommendations that require government input are a lack of clear policy lead and a lack of finance.

The UK Government and the Devolved Administrations have not given a clear and consistent policy lead on the importance of whole-house retrofit for energy efficiency. Although deep retrofits for the existing stock are critical if we are to meet the requirements of the 2008 Climate Change Act, governments at all levels have not required action. (Scaling up retrofit 2050, page 18) 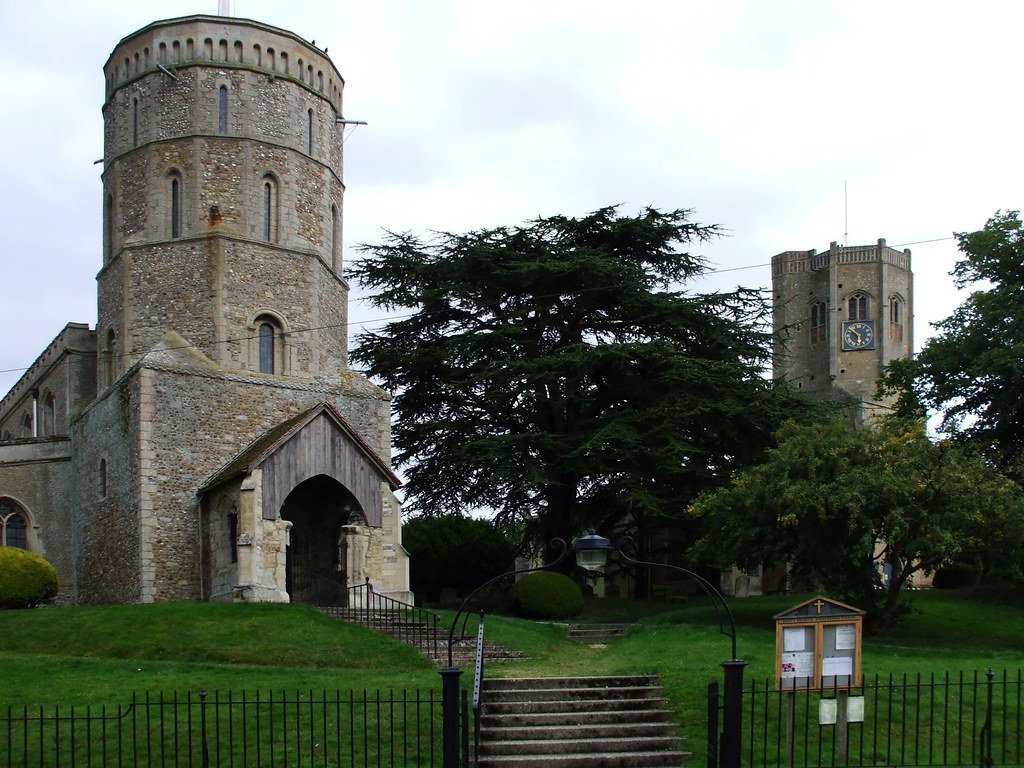 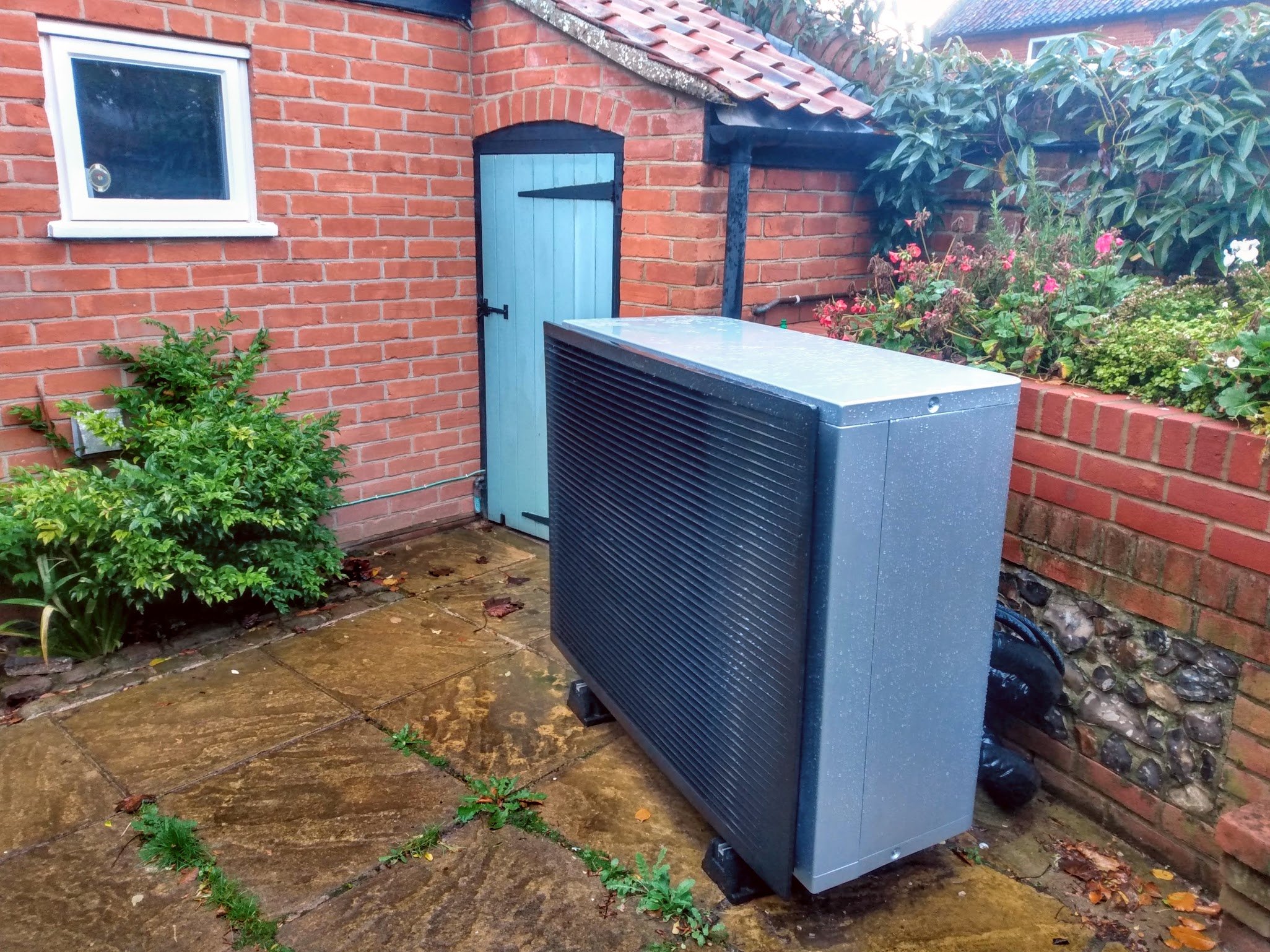 Michael Wiley, an Insulate Britain activist from Norwich, highlights other benefits: if homes are heated more efficiently and less expensively, lives will be saved, and the burden on the NHS will be reduced. The Insulate Britain Master report argues (page 5) that the work would create tens of thousands of jobs, prevent deaths, and help those living in fuel poverty.

The Construction Leadership Council, in Greening our Existing Homes, sets out a detailed National retrofit strategy showing (page 9) the costs of the work needed, and the returns on investment in terms of tax, health and GDP benefits, among others. It makes inspiring reading.

So what of Insulate Britain? Their message is important. Their methods, understandably, are irritating to many people. But the government seems deeply uninterested in doing what has been widely recommended.

Insulate Britain’s action is at least getting noticed. Or does anyone have a better suggestion for how to push the government to take the extensive action that is urgently needed?

* We are grateful to Stephen Biddle for the technical information in this article.

Sarah lives in Norwich, where she works as a freelance editor and translator. She and her husband own and run a student hall of residence, Heathfield Student Community Home. Sarah is a member of the EAB editorial team.