Barring perhaps an asteroid strike or a Yellowstone eruption, the climate will be dictated by what we do, as a species, before 2025. 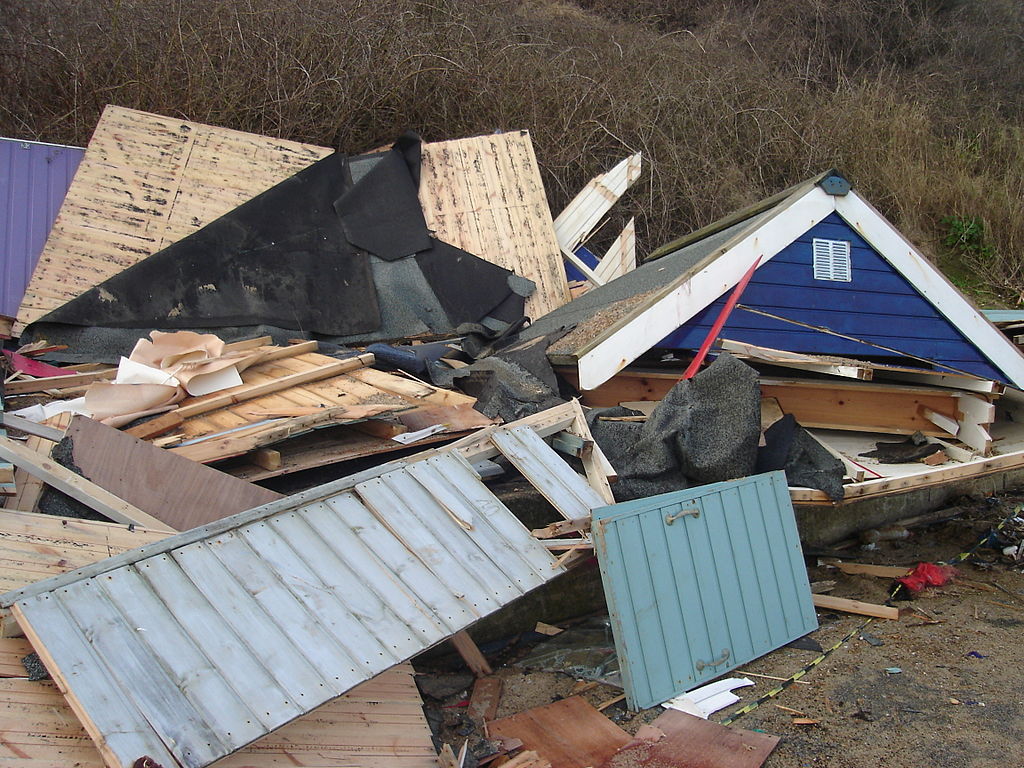 The damaged seafront at Cromer after the 2013 Storm Surge. Photo by Northmetpit, CC BY-SA 3.0, via Wikimedia Commons

The Intergovernmental Panel on Climate Change (IPCC) produces scenarios called ‘Representative Concentration Pathway’ (RCP). They show that there’s huge variation in what might happen over the next decades. From the point of view of prediction, the model each of them uses for the physics driving climate is the same. What produces the variation is how we react to the changes we’ve already seen.

What happens if the government actually does what it says it will?

Government has committed to net zero by 2050. Its enthusiasm seems limited in terms of concrete actions, and it has left a great many loopholes by failing to factor in things like shipping and aviation.

It has been told by the experts in the Climate Change Committee to expect a world 4 degrees warmer. Crucially, that’s what the military is currently gearing up for. You’ll notice that’s well into the red on the RCP graph.

Kevin Anderson warns in “Beyond ‘dangerous’ climate change: emission scenarios for a new world”, that “a 4°C future is incompatible with an organized global community, is likely to be beyond ‘adaptation’, is devastating to the majority of ecosystems, and has a high probability of not being stable.”

So it would not be fair to say that the 4°C scenario would be the result of doing nothing. However, the effect is similar. After that point, there be no one around to keep records. The climate doesn’t remain stable, since numerous tipping points will already have been triggered. More tipping points would follow, and there is a great deal of uncertainty about how they would interact with each other. We risk losing any chance of even predicting what happens into the future, with warming happening possibly faster than it’s ever happened before.

What happens if we do nothing?

This question, in truth, no longer actually matters. We already seem to be heading to between 3.5° and 4° of warming. The results of that are so very dire that there is little point now in describing what 8° might look like on a global scale.

How about East Anglia?

Well, it’s not the vision of apocalypse you might be imagining. According to the best predictions we have, the UK is quite well insulated from the big dramatic effects of climate. It will be warmer during both winter and summer months, dryer in the summer than it is already and wetter in winter. As we’re already starting to see, heavier precipitation events will tend to come less predictably, meaning more flooding with less warning.

It will be harder to capture water, leading to stress on an already struggling water system. It will also mean bigger and more energetic storms, which will cause more coastal erosion, along with progressively higher storm surges and inland inundation. These might not sound like huge problems – they certainly lack the drama of towering forest fires – and individually, they wouldn’t be.

The problem is the cascade. Our globalised industrial system, for all its wonders, is very vulnerable to shocks. Complex systems are prone to cascading collapses. One component fails and stresses the components around it, and some of those then fail, adding to the pressure and spreading the stress effects outwards into the system. It doesn’t always require an actual failure that anyone would notice. Small failures can lead cumulatively to systemic collapses. The problems you see when they hit you most probably didn’t originate anywhere nearby.

The problems can be hard to spot, and easy to attribute to other causes, and with good reason. None of this is happening in a vacuum. What will present a real threat to East Anglia isn’t the weather, but global reactions to it. Our systems of food distribution and resource management are, by design, balanced on a knife edge of efficiency, so there’s no room for shocks. Flooding in one part of the world drives crop failures, which drive price spikes and shortages in many other places. What happens if that shock is more serious than just a bit too much water for a season?

Our systems are dynamic and convoluted and far reaching in their connections. So it’s basically impossible to map out the impacts climate change might have. But spikes in the price of bread lead to revolutions, a few bad growing seasons can cause wars. People are displaced, many are already migrating because their ancestral land is barren, and these people find themselves in hostile territory because there’s already stress on the food system there.

Believe it or not, this opens an opportunity for hope.

Much of the way we live and plan assumes that we are outside of natural systems. But we are, and always have been, part of a system regulated by physics and biology. Where we are going wrong is that we create linear systems in a world of cycles, so that poison the planet that is our home with waste streams it isn’t adapted to deal with. Nature operates in cycles, not linear systems. Even dung becomes food or soil or something. Nothing is waste. It’s at our peril that we take things out of those cycles, manufacture and move them and dispose of them, making no attempt to have them re-enter that cycle (case in point: plastics).

We need to learn to work with the planet, not without it. So I’m excited, for example, about renewable energy, but not because it’s cool innovative technology, It’s because to have a human world run like that requires us to be more in tune with how the world actually works. Particularly, in this case, how and where it distributes energy. The same is true of a circular economy, much touted as the next big innovation. Recycling and materials energy solutions are also exciting. But in the long run, it’s that shift in thinking, the change at a fundamental level of our relationship with nature, that is likely to be more important than what particular technology follows fossil energy. If there is to be a long run, we have to stop pretending we’re in charge. We never really were, and we are in the process, right now, of learning that lesson, one way or the other. 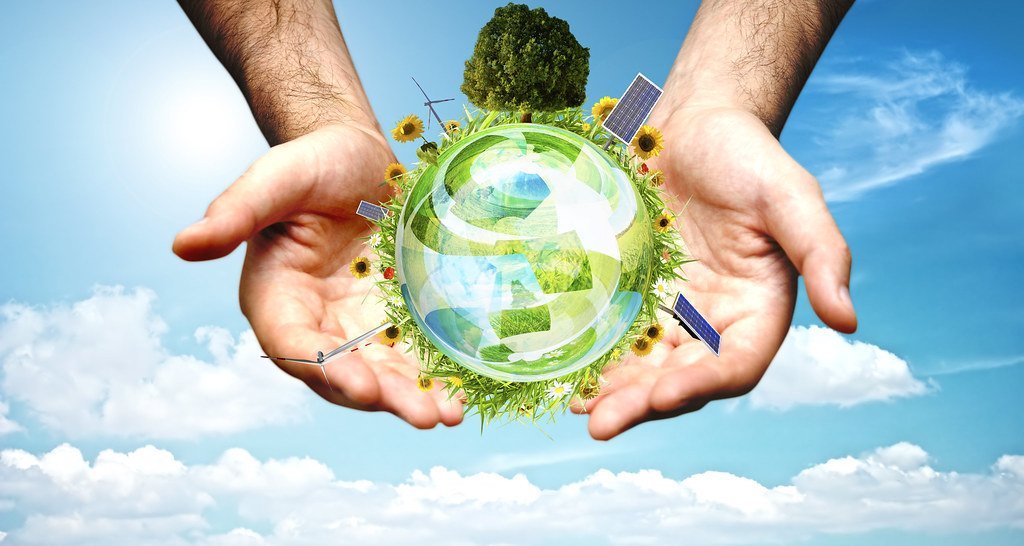 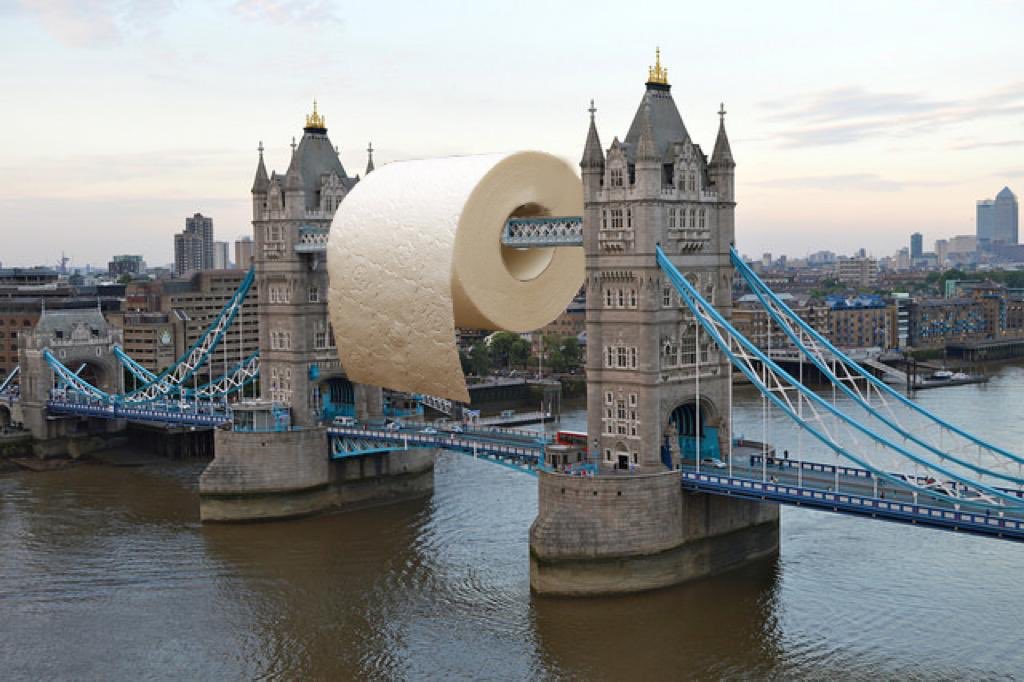