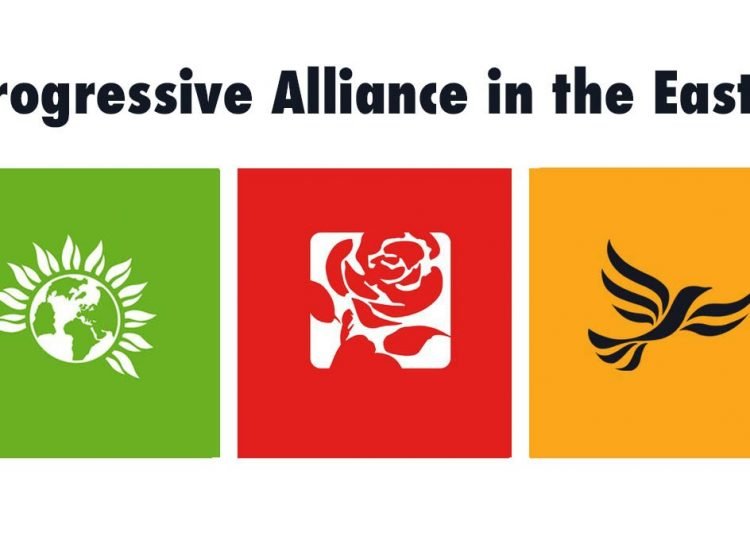 It is 88 years since the parties of the broad right (Conservative and Brexit) last won a majority of votes in a UK general election. But under first past the post elections, they have been in power for two thirds of that time, because the voters to their left are divided between Labour, Liberal and Green parties.

The challenge to progressives

In 2019 the Labour Party suffered its greatest ever electoral defeat. Their vote grew in cities, producing large majorities there. But because Conservative voters are spread more evenly across the country, they won 56 percent of the seats, with only 44 percent of the votes. They were helped by the decision of the Brexit party to stand down in most constituencies, consolidating the right-wing vote.

The challenge facing progressive voters is now very great. To form a majority, Labour would require a vote swing as large as it achieved in 1945. Under first past the post elections, neither the LibDems or Greens have any prospect of a majority in the foreseeable future. For both of them, the best chance of influencing policy is an alliance with Labour.

As a result, there has been much discussion of some form of progressive alliance, though with much debate about precisely how such an alliance might be formed.

What do we mean by a Progressive Alliance?

The ‘progressive’ parties are usually assumed to include Labour, LibDems and Greens, who have more in common with each other than any of them have with the Conservatives. Sometimes, people include the Scottish National Party, who are often seen as to the left of the Conservatives, and their main opponent in Scotland is the Conservatives. But the SNP would only be likely to join any formal alliance in return for guarantees about an independence referendum.

An alliance can mean many things. The idea is being actively explored by a number of cross-party organisations like Compass. It could be a formal agreement between parties at national level to stand down in particular constituencies. Alternatively there might be an informal local agreement not to campaign actively in some constituencies, or encouragement to tactical voting.

However, there are technical challenges to overcome. While, at national level, Greens and LibDems stand no chance of forming a government, this is not true in Local Government, where rivalries can be fierce, and trust is not strong. Furthermore, every party has a different approach to policymaking, to candidate selection and to decisions on standing and campaigning.  A national agreement may work for one party, while in another the decisions will be made locally.

An alliance does not mean the merging of parties. Rather it would be a short-term measure to undertake a small number of shared objectives, of which electoral reform is probably the biggest. If an alliance secured a majority in Westminster, it could legislate to switch to a proportional electoral system. This would make large majority governments of any party unlikely, and would strengthen future representation for LibDems and Greens. The parties could then go their separate ways in later elections, negotiating alliances or coalitions as happens in most European countries.

We don’t get the MPs we vote for

In 2019 the Conservatives and Labour both stood candidates in every constituency in the Eastern region. In 45 of the 58 seats all three progressive parties were competing with each other.

The table shows the 2019 election result (under first past the post), and the ‘Proportional result’ (which shows how many seats each party would have won if seats had exactly matched their vote share). The table also shows how many seats were ‘safe’ and how many ‘marginal’ (with majorities over/under 10,000).

A strategy for the East

An alliance will not deliver a proportional result. Under first past the post, the Conservatives are always likely to win a majority of seats in the region. There are only nine seats where their vote share in 2019 was less than 50 percent.

However, a progressive alliance could make significant change. Normal politics could continue in 45 seats. The alliance would come into play in the remaining 13 marginal seats. Eight are Conservative held, four are Labour and one is LibDem.

So the aim of an alliance would be to retain and strengthen the progressive hold on the five, and win the eight Conservative marginals. If, in just these 13 seats, parties with less than 20 percent of vote share in 2019 would encourage their supporters to support the lead progressive candidate the Conservative could lose. In each case, two of the progressive parties would not stand, or reduce campaigning, or encourage their voters to switch. Labour would back down in three seats, LibDems in nine and Greens in all thirteen.

Where could an alliance make a difference?

In the 13 marginal seats, progressive voters would be encouraged to vote as follows (in priority order):

Cambridge, the thirteenth seat, is a special case. There is no serious risk to the progressive vote here, The Labour vote here in 2019 was 48 percent, with the LibDems second, on 30 percent, and Conservatives far behind on 17 percent.  This seat could be open to negotiation in a national agreement to offset deals elsewhere in the country.

The prize for this strategy could be eight seats swung from Conservative to a progressive partner. The region would remain predominantly Conservative, and the result would still be far from proportional. All three parties would have to make a sacrifice in some places.

But representation would be a better match with the preferences of the region’s voters, and could help provide the launch point for reforming our election processes. That would be good for all three parties, and very good for our democracy.