The Eastern Region’s third airport has been hit hard by Covid. But it is beginning to recover, with help from its role as a parking site. 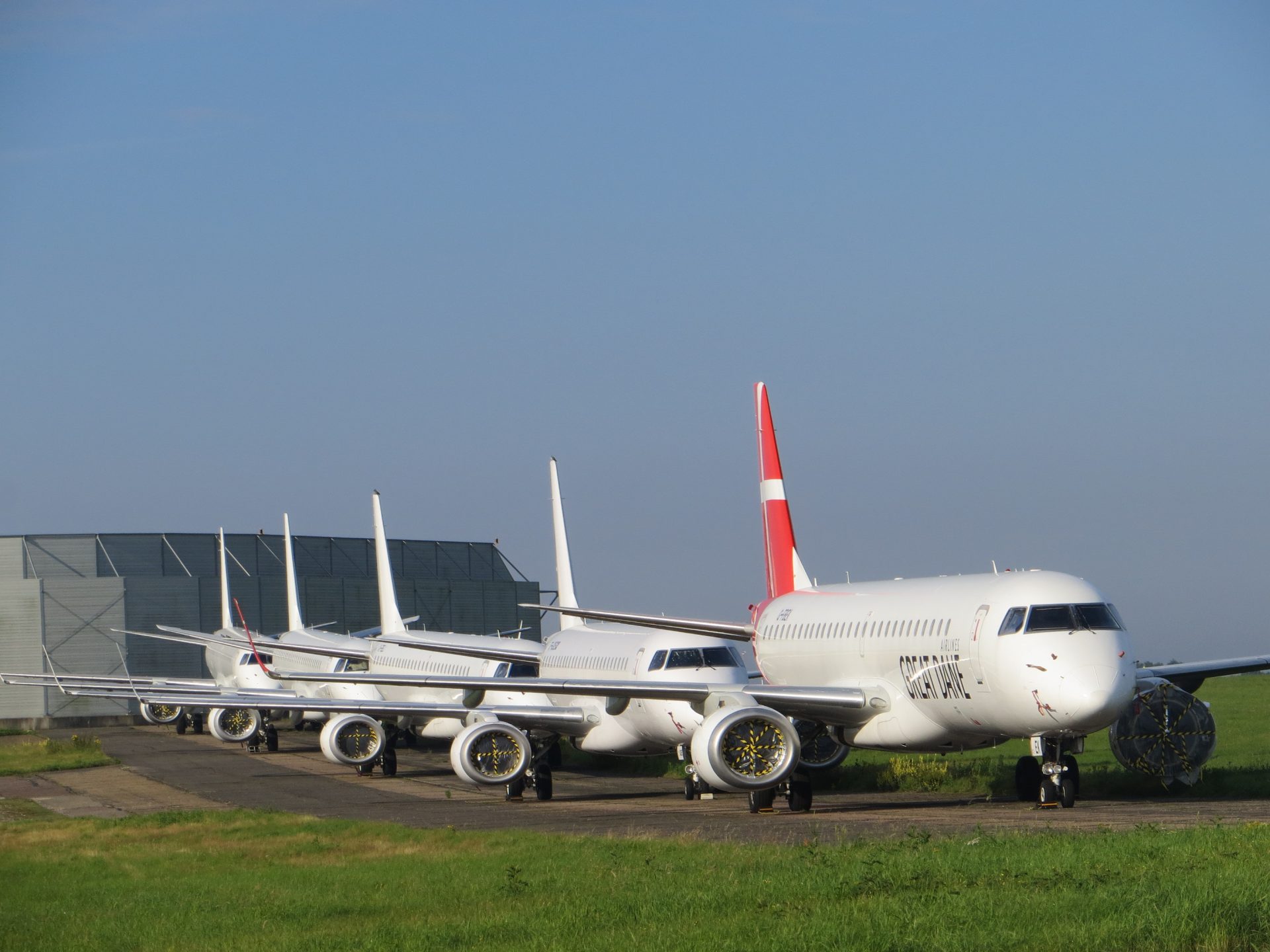 The airline industry is one of those most severely hit by Covid. Worldwide, the number of commercial flights fell by two thirds.  This has disrupted business, family and holiday travel, and the lives of all those employed in the industry, in the air and on the ground. Covid has hit Norwich as hard as anywhere.

The impact of Covid on the airport

Norwich is the Eastern region’s third airport, (after Stansted and Southend). When the country locked down in March 2020 almost all airport activity stopped, apart from helicopter shuttles to the offshore platforms. Despite unprecedented support from its shareholders, and the furlough scheme, the airport had to reduce its workforce by 30%. The knock-on effect for the hundreds of people employed in airport related work in Norwich was also substantial.

The airport is critical of the government’s “zero risk” approach to aviation. Along with other airports, Norwich lobbied government to make more use of  testing to mitigate the quarantine requirements after the first wave, but their efforts were unsuccessful. The result has been  a prolonged loss of business. It will take some time to recover.

Before Covid, the airport contributed £70 million a year to the regional economy, serving half a million leisure and business travellers a year, from across Norfolk, Suffolk, and Cambridgeshire. Its 150 passenger flights a week were mainly internal, but the daily shuttle to Amsterdam Schiphol Airport provided a convenient and important link to global destinations for business and leisure travellers. Norwich also operated charter flights to 18 holiday destinations, and was a major base for the offshore industry.

However, as a small airport Norwich is vulnerable to the fortunes of small airlines. The airport took a hit when Flybe went into liquidation as the pandemic hit in 2020. Loganair still operates shuttle flights to Aberdeen, Edinburgh and Jersey, and has now taken over the old Flybe Exeter route, but it no longer has staff based in Norwich.

One major effect of the shutdown of the industry was a parking problem. In normal times, at any one moment, a large number of planes are in the air. When that stopped, suddenly airports started to run out of parking space on the ground.

But Norwich Airport came to the rescue. Although it largely stopped operation as a passenger airport, it has provided a home on the ground for over 50 aircraft. This provided a much needed boost to the airport’s income. As the industry begins to revive, those aircraft are slowly starting to depart. Half have already gone.

The airport recovery has started at Norwich. Flights have been agreed for the next year to 19 destinations in 10 countries. This includes some new routes. But there are still major uncertainties about the potential effects of further lockdowns and changing quarantine requirements. The airport wants the government to extend the furlough scheme, to reflect the difficulties of returning workers to normal operations.

Nobody knows how rapidly people will want to return to flying. Traffic may not return to previous levels until 2025. Despite support from the airport’s shareholders, the financial impact of the shutdown will constrain plans to develop and expand for some time. Although they predict growth in numbers, it is not clear whether the previous ambition to triple numbers by 2045 can now be achieved.  The challenge to this major player in the regional economy remains serious.