Queen Elizabeth Hospital, King’s Lynn, like others in the region, was built using concrete with an expiry date, and it's past. 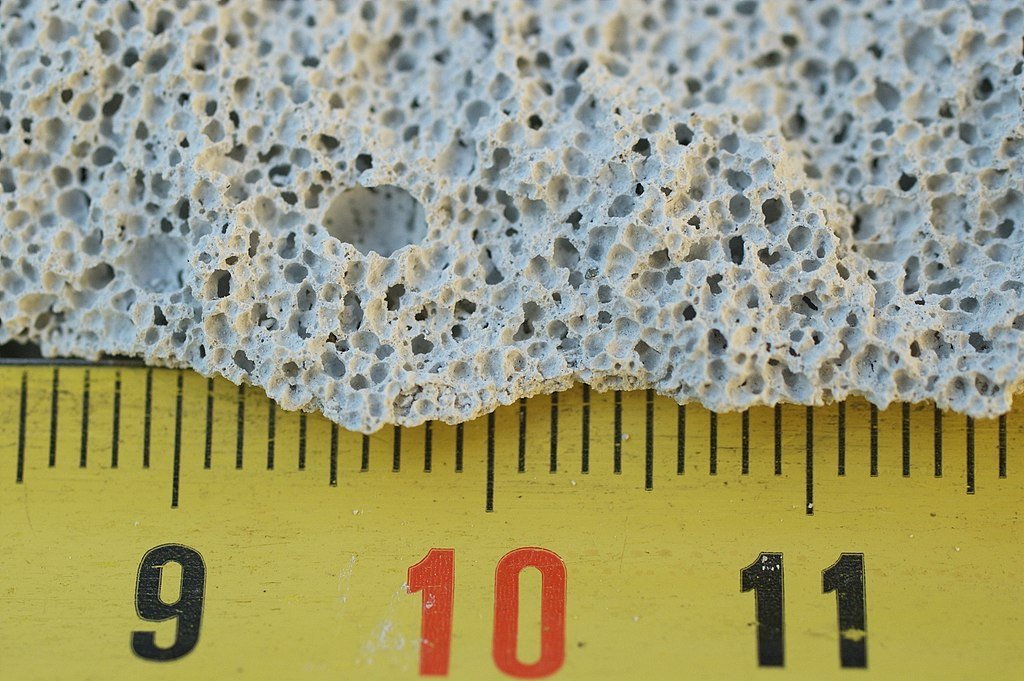 The Queen Elizabeth Hospital in King’s Lynn, the James Paget in Gorleston, Hinchingbrooke Hospital in Huntingdon, and the West Suffolk in Bury St Edmunds. All built in the late 1970s and early 1980s as ‘best buy’ hospitals. The concrete used, however, came with an expiry date and it turns out there is not a sticking plaster solution for this.

Concrete past its sell-by date

The hospitals were built using ‘reinforced autoclaved aerated concrete’ (RAAC) planks. These planks have a life expectancy of around 30 years. They are less robust than traditional concrete and can crack. The largely flat roofs of these hospitals don’t allow water to run away quickly. Over time, water gets into cracks. This weakens the structure and the concrete is gradually less able to support the weight of the building and its contents. Acrow props have been deployed as a temporary solution in the hospitals in our region. There are now over 25 of these props at the West Suffolk Hospital and a staggering 210 at the Queen Elizabeth Hospital (QEH) in King’s Lynn.

The King’s Lynn QEH, built to last 30 years, recently celebrated its 41st birthday. It missed out on funding in October 2020 as part of the 40 apparently ‘new’ hospitals the government have promised to build. The hospital’s own risk register warns of a “direct risk to life and safety of patients, visitors and staff due to the potential of catastrophic failure of the roof structure due to structural deficiencies”, and the presence of considerable amounts of asbestos on the site has also been identified. Signs have been put around the hospital to alert to the warning signs of a possible catastrophic structural failure.

Many of the staff who work at the hospital live nearby and have spoken of their worries about the hospital’s ability to attract more staff because of the fear and uncertainty connected to the concrete roof crisis. One member of staff, speaking on condition of anonymity because they are not authorised to talk to the media, was asked about how staff are dealing with the risk, and they responded: “I think staff in a way, have become immune to the issue with the roof. After having to deal with Covid for so long, people don’t worry about scaffolding poles and wooden beams. It’s now just part of life as a QEH member of staff.”

King’s Lynn’s Queen Elizabeth Hospital has 515 beds and provides healthcare to a local population of over 330,000 people around West and North Norfolk, Breckland, North Cambridgeshire and South Lincolnshire. The concrete problem was a hot topic on the doorsteps in the recent Gaywood South byelection that saw the Tories lose control to the Liberal Democrats of the County Council seat they have held since 2017. This major health centre appears to have been forgotten, according to many King’s Lynn residents.

Laura Skaife-Knight, Deputy CEO at QEH, said: “We are determined to do all we can to bring a new hospital to King’s Lynn and West Norfolk. We are developing our expression of interest so we can submit our strongest possible application to be one of the further eight new hospitals and our Strategic Outline Case (SOC) will be completed by November 2021. Thank you to our fantastic local community and partners who have signed the petition to show their support, and playing their part in helping to give QEH the best chance of receiving the investment it deserves. We encourage people to back our bid to build our future, by signing the online petition before it’s too late.”

The hospital’s SOC will be considered as part of 8 further hospitals that are to be announced in Spring 2022. Design and completion of the hospital, now a decade past its sell-by date, could take up to 10 years. The expectation is that the new bid will suggest a rebuild in stages to make the bid more attractive. Dedicated campaigners are supporting the hospital bid, standing outside the hospital every Wednesday afternoon with placard and banners demanding that their hospital is rebuilt.

Why was there no plan for the hospital roofs?

Serious questions have surfaced in recent days about a lack of urgency from the government. The West Suffolk Hospital has obtained a report that questions whether the trust could face corporate manslaughter if the roof collapsed. What plans have the numerous Health Secretaries and local MPs had over the past decade to deal with this ticking crisis? The West Suffolk, located in former Health Secretary Matt Hancock’s constituency, is going to be replaced, while the QEH, with over eight times as many props, is not. Why? The QEH has instead been allocated a sticking plaster £20m by central government to shore up its roof, but no sign yet of the £650m needed to build a new QEH. King’s Lynn wants some answers.