On Saturday 5th February there will be a demonstration in Westminster against our undemocratic electoral system. Here's why. 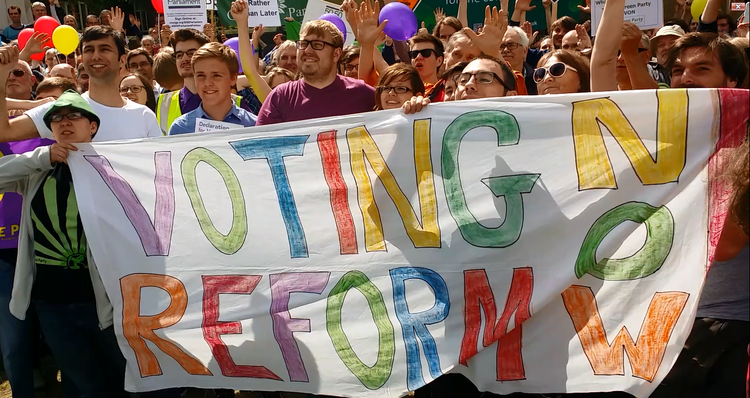 Power for those we don’t vote for

Governments should be elected by a majority of the voters. But in the UK, the last time the governing party achieved this was in 1935. It is our crude and undemocratic First Past the Post (FPTP) voting system which permits this lack of a representative majority.

People often refer to the Conservatives’ General election victory in 2019 and their 80-seat majority in the Commons as a landslide but only 43.6% of the votes cast (and only 33 percent of those eligible to vote) were for them. Labour has equally gained from the FPTP. In 2005 Labour won the General Election with a mere 35.2 percent of the vote.

At the December 2019 election with FPTP, 229 of the 650 MPs were elected with less than 50 percent of their constituency’s vote.

Consequently politicians who most of us did NOT vote for, have the power to govern the UK as they like.

FPTP suits both major parties at the expense of the smaller parties.

With a Proportional Representation (PR) system at the 2019 election the Conservatives would not have had a majority, the Liberal Democrats would have won 70 seats, the Greens 12 seats, while the Scottish National Party (SNP) would have won far fewer. That would have been an accurate reflection of the votes, but we did not get that – only a minority is represented in government.

Many MPs have “Safe Seats” where voters are disenfranchised

General elections are decided by the people who live in a small number of marginal constituencies. Many are “Safe Seats” where the MPs have no fear of losing their seats.

After a general election MPs are expected to represent everyone in the constituency, not only those who voted for them. However, in practice this is not how MPs choose to vote in Parliament, where they will typically vote with their party, sometimes regardless of the opinions of their constituents.

In England we have FPTP for local elections and the major parties benefit again. Here is an example of how badly FPTP works where I live in Bishop’s Stortford. On both Hertfordshire County Council and East Hertfordshire District Council the Conservatives have greater than 75 percent of the Council seats yet received less than half the vote. It is the same on Bishop’s Stortford Town Council. In other parts of England, especially in metropolitan areas, Labour benefits from FPTP in exactly the same way.

The Scottish, Welsh and Northern Irish Governments are all elected by Proportional Representation

People are sometimes surprised to find out that the Governments of the UK’s devolved administrations are all elected by Proportional Representation. That is also the case for local council elections in Scotland and Northern Ireland while Welsh local elections are changing to PR.

If PR is right for the devolved Governments why not for local elections in England and at UK General Elections?

Questions and Answers about PR:

With PR you lose the link between MP and Constituency

Coalitions have been formed quickly in the UK. In 2010 discussions between the Conservatives and Liberal Democrats to form a coalition took just five days to complete. In 2017 the agreement for the DUP to support the Conservatives took two weeks to arrange.

The UK had three elections in in 2015, 2017 and 2019, why was that? FPTP failed badly there. The 2015 election only provided a small majority and in 2017 the Government lost its majority so it could only rule with support from the Northern Ireland DUP.

No one would refer to Germany, Switzerland, Austria, Norway, Denmark, Sweden, Finland, etc., as being unstable. Each of these prosperous, democratic countries have strong proportional systems of government.

Where people vote in large numbers for parties they should be represented. In the 2015 election UKIP received 3.9m votes but got no MPs. In 2019, 866,000 people voted Green but they only received one MP. FPTP disadvantages smaller parties. PR would better represent people’s votes.

The 2011 Alternative Vote Referendum decided the case for PR

No, it did not, as the referendum was about the Alternative Vote system (AV), which is not proportional.

During the 2011 Referendum the NO to AV Campaign stated, “AV is not PR and can be more disproportionate than FPTP”.

If FPTP is a good system why do so few other countries use it? No European states, except Belarus, that beacon of democracy do so. As for major Commonwealth countries, New Zealand replaced FPTP with PR in 1993, while Australia has used AV and PR for decades.

A proportional voting system strengthens the link between voters and their representatives. Every vote counts, voting for someone who is not your first choice becomes a thing of the past, likewise “safe seats” cease to exist so MPs have to fight for every vote.

With PR our governments would represent a majority of those who voted for them.

If you think our electoral system needs to change join Make Votes Matter – a national, non-party organisation campaigning for Proportional Representation in our parliamentary elections. 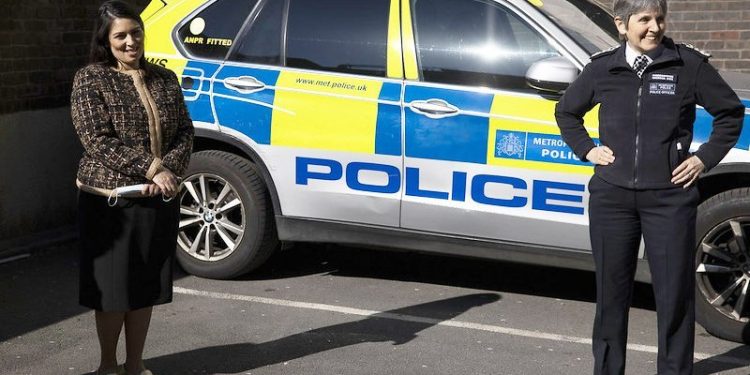 Where is Suffolk’s plan to tackle food poverty?

Stephen is Chair of Make Votes Matter – East Herts, and is based in Bishop’s Stortford. Before retirement Stephen worked in academic publishing and marketing. He is the author of more than a dozen aviation histories and regularly contributes articles to the aviation press.