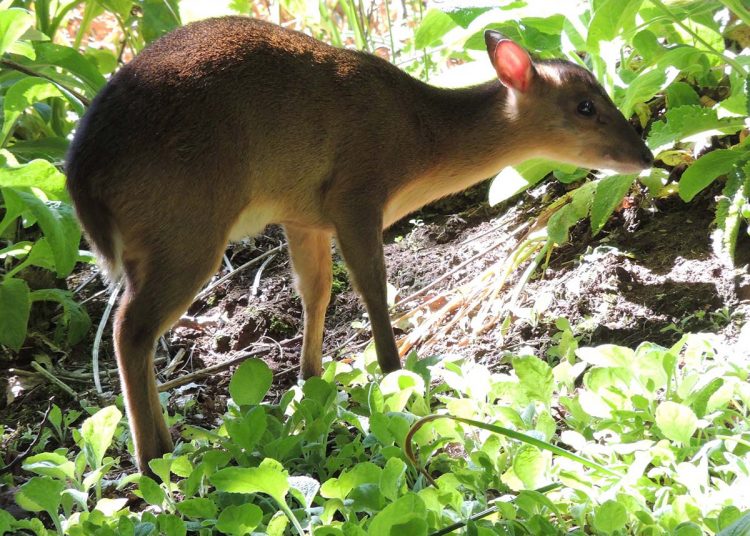 Muntjac deer. Photo by Orangeaurochs via Flickr (CC BY 2.0)

The team, including Chris Packham and Michaela Strachan, are again based at Wild Ken Hill in North West Norfolk. This is a ’regenerative farm’, which has the aims of growing healthy food, restoring nature and fighting climate change. Rewilding projects here include introducing Exmoor ponies, Red Poll cattle and Tamworth pigs, which roam freely on the farm. There is also Norfolk’s only colony of beavers, sure to feature on the programme. Being so close to Snettisham on The Wash, there are also thousands of seabirds nearby, which are an amazing sight, even in winter.

Winterwatch also visits Bawdsey Hall between Woodbridge and the Suffolk coast. Film of their visit shows muntjac deer, tawny owls and ‘something unbelievably exciting and elusive’ yet to be revealed.

Catch this relaxing and beautiful show on BBC2 for the last two weeks of January, or after on BBC iPlayer.