A fête to celebrate Europe Day held in St. Giles' Church Saturday on 14 May raised more than £1,100 for Cambridge4Ukraine. 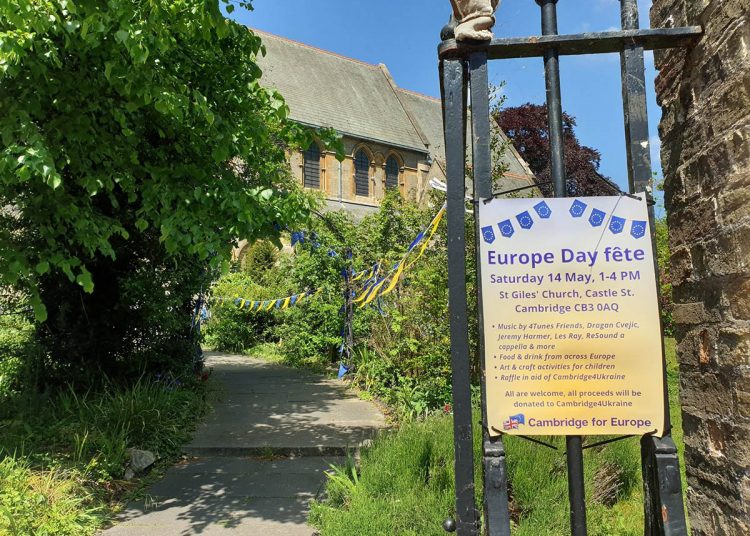 Cambridge for Europe organised a fête to celebrate Europe Day, in conjunction with Cambridge4Ukraine with the aim of raising funds for the organisation.

Cambridge4Ukraine is a volunteer group that holds demonstrations to rally political support for Ukraine, runs cultural and educational events in support of Ukraine, and assists refugees from Ukraine in finding shelter in the UK.

Andrii Smytsniuk of Cambridge4Ukraine notes the grave situation in his country.“Ukraine will defend democracy and freedom until the Russian invaders have been driven from its territory, but sadly the war is not likely to end soon. We would like to express our gratitude to Cambridge for Europe, Mums4Ukraine and everyone who was involved in the fête. This support matters a lot to us!”

Local charity Mums4Ukraine organised games and arts & crafts activities for children. Rend Platings, Chair of Mums4Ukraine was grateful for the support. “We feel privileged,” she says, “to have participated in Cambridge for Europe’s Europe Day event, which was so well supported by St Giles Church and the local community.

“This has been a huge effort and I have too many people to thank than I can name individually here but you know who you are. Thank you so much for making all this possible. We had a great day of music, food and fun in the sunshine.  It was a chance to celebrate being European and the European values of openness and solidarity.  The horrifying recent events inflicted by the Russian government on Ukraine were in our minds, but we were pleased to have a chance to offer friendship and to raise money for Cambridge for Ukraine.”

Europe Day is held annually on 9th May, and marks the anniversary of the presentation of the Schuman Declaration, an event which led to today’s European Union. On this day people in many countries gather to celebrate shared values of freedom, democracy, human rights, equality, human dignity and the rule of law.

Paul Browne, Chair of Cambridge for Europe, points out the parallels between Europe in the aftermath of WWII and Europe now. “The Schuman Declaration,” he explains, “opens with the words: ‘World peace cannot be safeguarded without the making of creative efforts proportionate to the dangers which threaten it.’

“As the shadow of war falls again over Europe, we can take inspiration from the Schuman Declaration, which was presented only five years after the devastation of World War II, and sought to create a new, very different future based on cooperation, friendship and solidarity between former enemies. We need that vision and ambition again today as we face the enormous challenge of supporting Ukraine through this war and to rebuild after it, and to ensure Ukraine takes its place in a united and peaceful Europe.”

Cambridge for Europe is a branch of the European Movement UK, based in the City of Cambridge and surrounding towns and villages. They aim to campaign for the UK to have the closest possible relationship with the European Union including campaigning for the UK to re-join the EU. 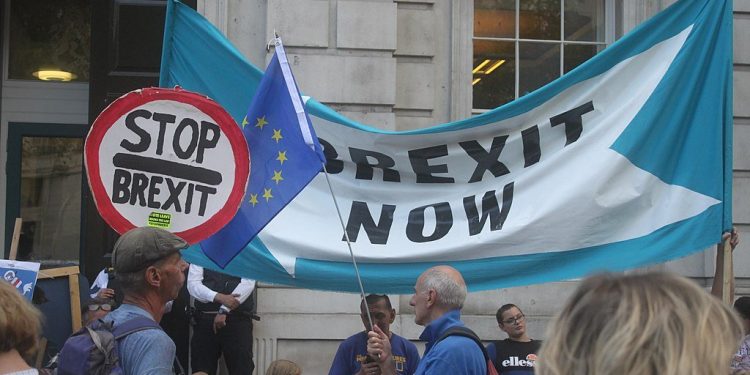