Government policy, both directly and indirectly, is in danger of wiping out a highly regulated pig industry. What might replace it? 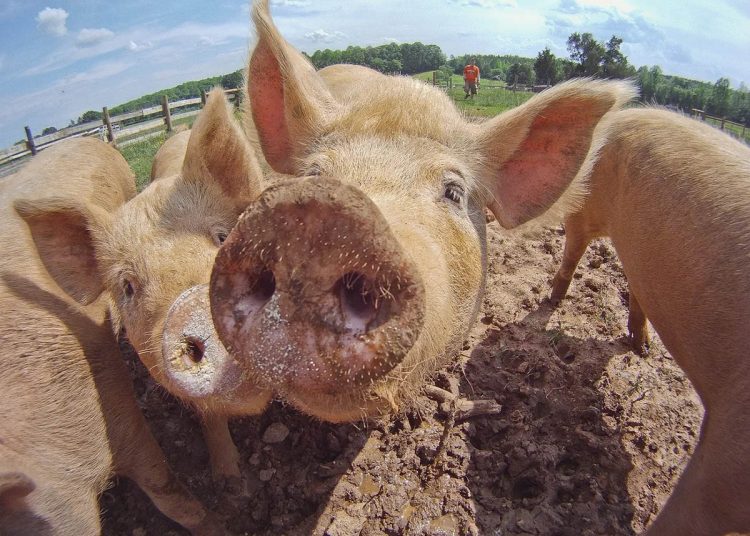 Pigs in pasture. Photo by US Government via Rawpixel (CC0)

50 percent of the Chinese pig herd was wiped out by ASF in 2018, followed by a second wave in 2021. A major Chinese pig producer responded by creating an industrialised hog breeding facility.

In December 2020, Pig World reported that Muyuan Foods Co Ltd, a Chinese-based company principally engaged in the breeding and distribution of pigs, was building ‘the world’s biggest pig farm’ ‘at breakneck pace’. It would be capable of supplying all of China’s needs and would replace the small, traditional farms, many of which were decimated by the outbreak of African Swine Fever.

The new Muyuan facility resembles an industrial estate of massive, fully enclosed, multi-storey buildings. It is designed to house 84,000 sows and piglets at a time, producing 2.1 million pigs per year.

Qin Jun, Muyuan’s vice general manager, told Reuters, ‘Disease outbreaks are a serious threat, but one which will be monitored by technology, including air filtering and thermal imaging cameras which are being trialled to check pigs’ body temperatures.’

These animals will never see the light of day or be allowed to root naturally in open fields.

How does this affect the UK?

Is this the level of animal welfare the UK could be forced to accept?

The UK pig industry is already under huge stress due to the shortage of butchers and process workers, traditionally from Eastern Europe, that has seen many farmers forced to kill their animals, disposing of the carcasses outside of the food chain. This has already created a massive financial loss for the industry.

According to the latest Government reports, the East of England including East Anglia, farms approximately 26 percent of the UK herd. If ASF arrives in the UK it will WIPE OUT our pig farming industry.

If the correct veterinary checks were to be applied to imports at the UK border, we could potentially avoid the risk of African Swine Fever entering this country. The British Veterinary Association’s senior vice president James Russell describes the role of Official Veterinarians working at the border as ‘acting as the country’s first line of defence of biosecurity’.

He said recently that delaying checks would “open the door even further to the potential incursion of African Swine Fever, which is spreading rapidly and has already had a catastrophic impact on animal health and the agricultural industry in parts of Europe, Asia and Africa.”

However, Brexit Benefits Minister, Jacob Rees-Mogg, has refused to implement the necessary checks as he claims it would cost importers £1 billion a year and potentially add to the rising cost of living. Yet that figure is a drop in the ocean when compared to the potential loss of the UK pig industry which is worth £1.6 billion at the farm-gate, £5 billion at retail and, considering foodservice, external sales and export values, over £14 billion in total.

Rees-Mogg is also quoted as saying: “We want high standards… but other countries around the world eat very good food too… but don’t make farmers lives completely impossible by loading them with regulation.” How much time has Rees-Mogg has actually spent with UK pig farmers, or trying to understand how the current regulations actually work?

The failure of the government to enshrine EU food standards into post-Brexit law in the Agriculture Act (2020) is part of the ‘bonfire of regulations’ Rees Mogg and the Prime Minister are promising. But think ahead. If our regulations change and in due course, we be able to export pork in any volume to the EU again, our new standards will not be acceptable to EU buyers.

If disease should wipe out our pig herd and we wish to continue eating pork and pork products, we could become reliant on imports from the likes of Muyuan Foods, or perhaps even see similar facilities constructed here.

Is providing another ‘Brexit Benefit’ worth the risk of destroying our pig industry and is Rees Mogg’s idea of ‘very good food’ the standard that you want to be eating in the future? 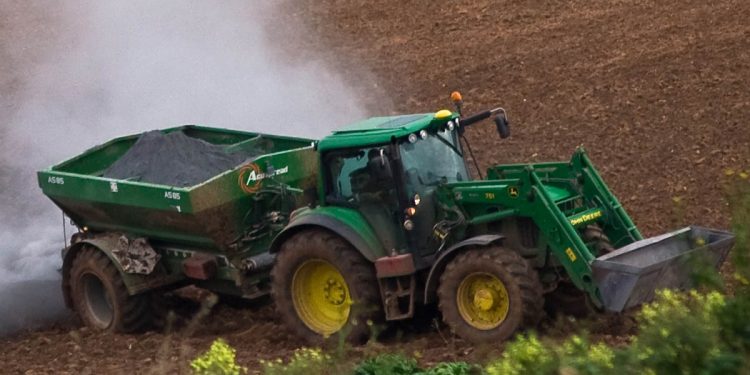 "Pylon 'monstrosities' will destroy our village": Essex fights back