A HGV driver shortage of 100,000 is the cause of fuel and food shortages. A furious government is looking to blame the haulage industry. 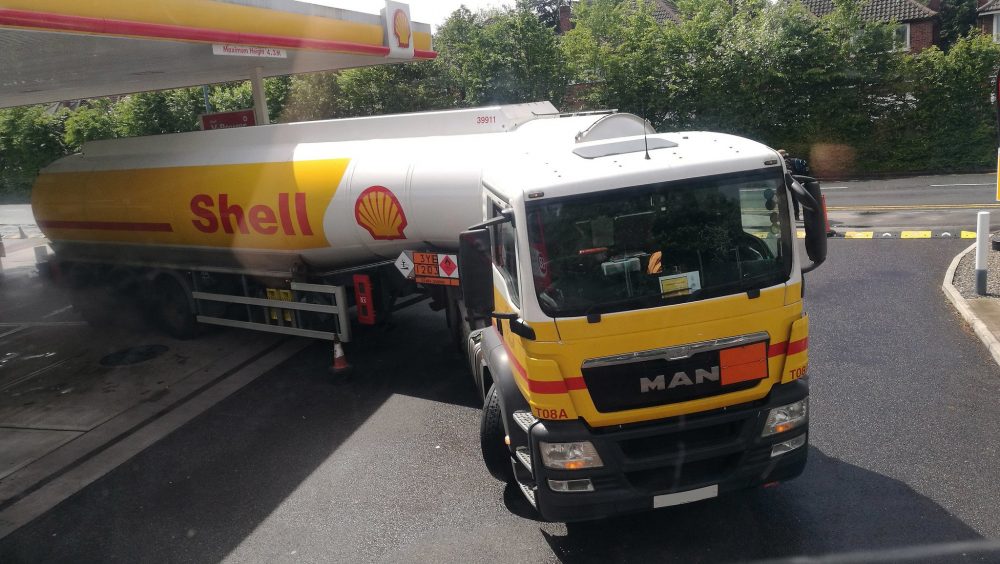 Government plans to overcome the petrol crisis have been dismissed as unworkable before they have been introduced.  But Johnson and his advisers must already know this. The feelings in the industry are that he is preparing to shift the blame onto hauliers.

At the moment it is unclear what short term measures the government can introduce which amount to more than just media management.  In an earlier story (Hauliers dismiss ‘bring in the army’ plans to stock supermarket shelves – 13 August), we explained how using army drivers wouldn’t work.

There are only 2,000 to fill a gap of 100,000 missing drivers, and most are territorials.  They already have day jobs, probably as drivers.  Even then, army training doesn’t equip them for the kind of work a supermarket pantechnicon driver undertakes – backing a one into a service bay, for example.

The idea that EU drivers would be prepared to return after being unceremoniously told they weren’t wanted has been universally dismissed.  Many of those drivers themselves bring up the way they were treated last Christmas. They were left stranded Manston – an unused Kent airfield – with no food or toilet facilities, while they waited days for the opportunity to go home.

Tomasz Orynski, a Polish driver who still lives in Glasgow, phoned in to BBC Radio 5 Live. He confirmed the attitude of his colleagues at being unprepared to return just for the period leading up to the festive season.  As he put it: ‘An HGV driver is for life, not just for Christmas’.

The government says it also intends to train ‘up to 4,000 people’ as new HGV drivers. With a shortfall of around 100,000, it is still only a tiny part of the numbers required. To further complicate matters, due to the industry’s ageing workforce, it’s estimated that around 2,000 drivers are retiring every week. So the government’s additional drivers would be wiped out in a fortnight.

Using army examiners to increase the numbers able to take their HGV tests would solve a problem the industry has complained of for some time, but would produce very few drivers given the huge shortfall.

So it is unclear what the government can do in the short term, the next few days and weeks, to get out of the crisis.  They must be aware that, unless a solution is found in days, the country may be in danger of grinding to a halt.

Hence the suspicions of haulage industry insiders that the buck may be passed to them.  If the government can somehow survive until Christmas, then they will accuse the industry of failing to invest over many years.

There may be some truth in that, and there are already signs of how the government’s ire is being trained on haulage businesses.  In a carefully placed story in yesterday’s Mail on Sunday, the Road Haulage Association (RHA) were pilloried for sparking “the nationwide panic-buying frenzy”.

In particular, one of their executives, Rod McKenzie, comes in for criticism.  He is a man who would naturally draw the suspicions of the government, since once long ago he worked with the BBC.  McKenzie is accused of ‘selectively leaking’ remarks made in a private meeting with oil company leaders.

In a chilling hint of the panic and rage inside government and a warning of what may be to come, a senior government source is quoted as saying:

“McKenzie is just a moaning Remainer and he and the RHA are entirely responsible for this panic and chaos. We will deal with them when this is over.”