Policies advocated by all leadership contenders will dismantle state services, disadvantage most citizens and wreck the economy. 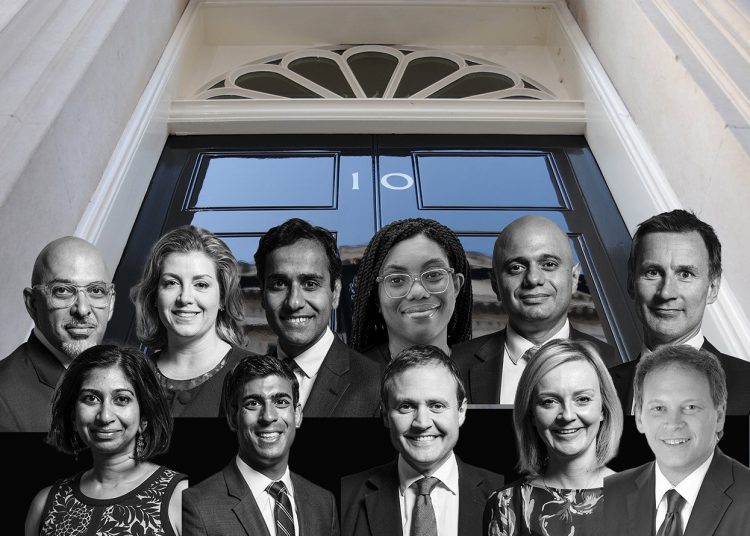 There is a real problem amongst the hopeful Tory party leaders. Not one of them seems to understand the role that government has in the national economy. It’s not the black hole they seem to think it is. It’s essential to our national well-being.

I try to avoid maths when explaining economics because even the most basic formula seems to make people recoil in shock. But I am going to have to explain one formula to make sense of my arguments in this thread. But, it only involves addition so it’s not hard.

The formula is this:

In that case let’s be clear, what the government does in supplying us with the services we all need, adds to our income. Whether it is education, health, social care, criminal justice, and so much else, including defence, government is not a black hole into which we pour money.

Instead – and this should be no shock to anyone, although it seems to be to Tory MPs – the government does useful things that add considerable value to our lives. That is why people are so angry that these services are now being supplied so badly because they are underfunded.

The fact is that we cannot do without what the state supplies to us, collectively. But if the Tory leadership candidates are to be believed, we need less of these things the government does for us. They make that clear by demanding that we cut the level of government spending. But, if they succeed in making those cuts, the first thing they will do is reduce our national income. That is inevitable. G is a part of that equation for national income. If the government cuts its spending then G goes down. And in that case income, Y, goes down too.

And let’s be absolutely clear about what that means. They will be sacking people in the public sector. 20% cuts is the target. So many fewer tax inspectors, because we don’t need them. And fewer people to help the disabled, those on low income and in need. Fewer teachers, nurses and carers too. And many fewer people checking health and safety. As for climate change, who needs to worry about that? These people need to go, apparently. We don’t want them. They do us no good, so the potential Tory leaders say.

Cutting public services would be bad for the economy

But I have news for those Tory leadership candidates. Get rid of these public servants and not only do we lose what they add to the economy, we also lose what they spend as well. They won’t be spending much when they’re unemployed. Nor will most find jobs as well paid. That’s not because these people are overpaid now, but because they’re trained to do their current jobs. They’re not trained as lorry drivers, sales managers, accountants or whatever other skills we’re supposedly short of. So whatever work they take will be lower paid in most cases.

Add these factors together, and cutting government spending poses a much bigger threat to the national income than simply having to find any old new work for the people being made redundant by doing so – which is what this exercise is all about when it comes down to it.

So the first thing any politician proposing to cut government spending has to suggest is what other component of income will go up by quite a lot because the government has cut its spending. The argument of the Tory politician is that this will happen. They have three reasons.

Three reasons why Tories think cuts are good for the economy

First, they say that we prefer choice to the provision of services by the government. So we spend more wisely than the government does. And they say that the better direction of spending by us that results creates a boost to real incomes. They don’t explain how.

Second, they might think investment goes up if people have more to spend because that encourages companies to invest more. Except they don’t think that because they also think companies need tax subsidies to invest and they wouldn’t if they believed companies would do this anyway. And they keep demanding more of these subsidies, which have reached an epic scale under Sunak. No more investment has resulted, by the way. So, I think we can safely say that Tories don’t believe in their market-based arguments on investment and their tax-based ones have failed.

So, what’s their third reason? This one is the most perverse. This is that we should now pay for what the government used to supply us with. Students now pay for education, for example and we pay for private medicine because the NHS is overwhelmed. You get the gist.

Now this does not, of course, mean we are better off because we now pay ourselves for what the state previously supplied. Cutting government spending, G, in the hope that we’ll buy the same thing privately as part of our private consumption, C, is a bizarre policy.

Healthcare shows why this argument is wrong

Healthcare is the obvious way to explain this. Most healthcare outcomes in the USA are worse than in the UK unless you’re wealthy. If you’re older, or low paid or just downright poor, let alone have a chronic disability of any sort, they’re worse. It’s also a fact that US healthcare costs twice as much as UK healthcare. One pound in every 12 in the UK is spent on healthcare. In the US it is one dollar in every six. Why? It’s because most US healthcare is provided by the private sector with a profit motive built in.

And, for the record, Tory reforms are also increasing prices right here in the UK. A single NHS would be much cheaper to run than the fractured service we have, supplied through hundreds of trusts. That’s the same in education too, where academy trusts duplicate costs, enormously, absorbing into admin expenses the money that should be going to frontline teaching. The care system is much the same.

So what the Tories want to do is cut government spending more and make us either accept worse services or pay more for the service we used to have because the private sector now needs to take a big cut out of them. In that case cutting government spending might appear to force private consumption up because some people will have no choice but pay for what the state previously supplied, but actually people will be worse off. They get a worse service, and pay more.

The winner is the private sector not the public

Who is the winner? The private sector, of course. But let’s be clear, those gaining there are the bosses and owners. The evidence is that those forced to take private-sector jobs who previously worked on similar activities for the state invariably end up worse off.

And here’s another problem. Paying more to people who already have high incomes and wealth does not increase national income. That’s because they save it. They don’t consume. They might speculate on property and shares. But neither of them forms part of the national income. And savings do not fund investment either. It’s funded by borrowing these days, and savings do not fund bank lending either, because every bank loan involves the creation of new money: no depositors money is ever involved.

So, pushing income upwards from those who need it and who would spend it, to those who don’t need and who won’t spend it, doesn’t increase national income. It actually reduces it, whilst increasing wealth inequality. And remember that almost every programme of government cuts, and all the associated tax-cutting programmes, have this singular goal of cutting the level of government-provided services, to force us to buy for ourselves what the state once supplied.

There is no other plan implicit in what the Tories are proposing. This is the only way they can think of to increase private consumption when cutting government spending. But it leaves us worse off.

There is one thing that is guaranteed, and that is that public services will be worse. And that is bad for us all. Why? Because these services are what are called public goods. That is they are services supplied for our common good. The Tories might disagree, but the prosperity of this nation is built on strong education, health, a functioning legal system, the provision of a social safety net that lets people take risks, and a functioning tax system that ensures all should be treated fairly.

These things are all public goods, which is precisely why the state has supplied them throughout the lifetimes of almost everyone now alive. Remove any of these and the rest totter. That is what the Tories want. The resulting chaos is, they think, good for them. But it destroys the public good. And that public good contributes more to the national income than any market alternative can.

None of the contenders is fit to run the country

So please don’t let them tell you stories about how bad government is. Not one of them is telling the truth. 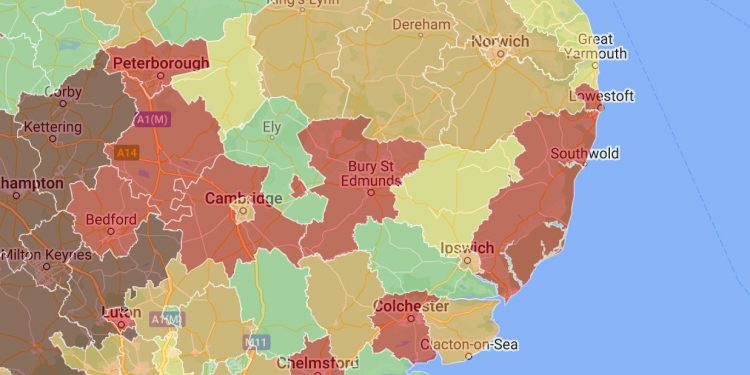