Has the Government achieved its objective of preventing violence against women?

Living free from violence is a human right. Is the government prepared to do what is needed to achieve this for women and girls? 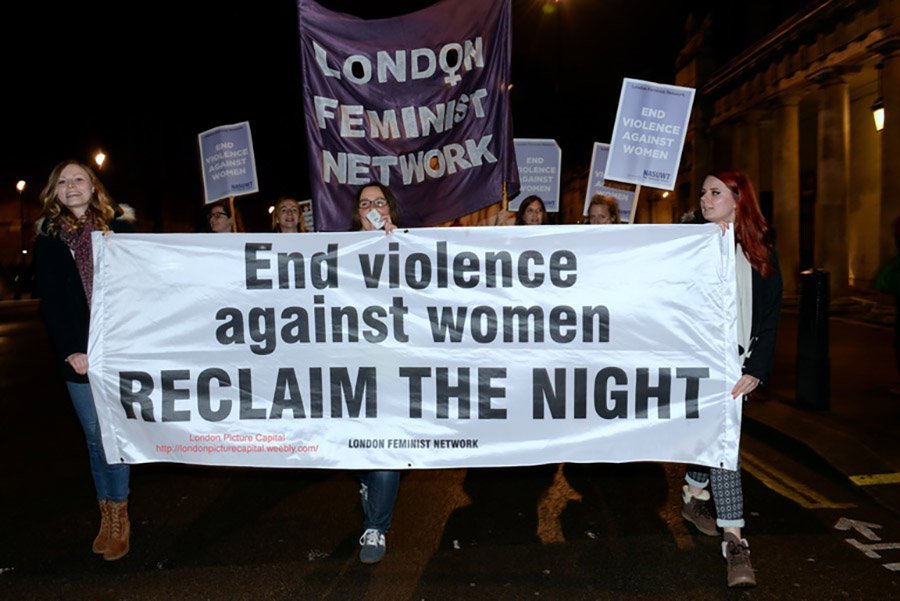 Government fails to prevent violence against women. Photo by PictureCapital on Flickr under CC BY 2.0

As with most crime, addressing violence against women and girls (VAWG) usually involves a ‘criminal justice response’. The idea of preventing femicide, rape, domestic violence or assault receives less attention, perhaps because it would take longer than the usual government lasts. Prevention is clearly preferable to punishment: women would not suffer the severe impacts of abuse, and it would mean a safer, fairer society.

Government Actions on violence against women and girls

In 2010, shortly after the Conservative and Liberal Democrat coalition took power, the government published a policy paper, ‘Call to end violence against women and girls’. The first principle was to “prevent violence from happening by challenging the attitudes and behaviours which foster it and intervening early … to prevent it.”

Only a few of the 88 ‘Actions’ can be said to work towards prevention, for example, ‘tackling teenage relationship violence’. However, the emergence last year of the Everyone’s Invited website, and a report by UK Feminista, show this kind of bullying is still prevalent.

In 2016, the government produced its ‘Ending Violence Against Women and Girls Strategy.’ Again, it specified Primary Prevention, including by tackling gender inequality. But in 2019, the follow-up VAWG Factsheets provided stark statistics, for example, ‘1 in 5 women will experience sexual assault’, which suggests no improvement. Phrases like ‘Carry out a review’, ‘Conduct research’ ‘Explore issues’, ‘Consider the impact’, imply that even after 9 years, this administration was still talking around the issue while it worsened.

In July 2021, a decade after the first, a second policy paper ‘Tackling Violence Against Women and Girls’ was published. Again, the focus is ‘Prioritising Prevention’, but can we believe that it really is a priority?

The Domestic Abuse Act finally passed in 2021 after four years of parliamentary debate. It still has significant gaps: not all women will be supported. Although it includes important measures, there is little focus on prevention, and more on addressing the crime after the fact.

Has this government made any progress towards eradicating violence against women and girls?

In 2011, the Government stated, “[Our] commitment to tackling VAWG is clear … we will not stop until it has been eradicated”. However, in that same year, austerity budget cuts hit the very services which aim to end VAWG.

A July 2021 HM Inspectorate report says ‘we are living during a national epidemic of violence against women and girls’. It called for a ’radical and bold shift’ in how authorities tackle crimes that overwhelmingly affect female victims. The Inspector of Constabulary calls for urgent action, with a seamless approach across education, local authorities, health, social care and criminal justice.

Endless government reviews, strategies and consultations just tinker around the edges of this sickening and pervasive problem. They do nothing to remove the dangers for women and girls and do not demonstrate progress.

Is the government really prepared to do what is necessary to eradicate VAWG? If so, a serious examination of priorities is needed.

What needs to happen?

First, we need to understand why some men hurt women: what in our society engenders this behaviour? Is gender-based violence just ‘accepted’ as part of life?

Up to now, hate crimes have been defined as those where hostility is motivated by the victim’s disability, race, religion, sexual orientation or transgender identity, but not crimes motivated by hostility towards women. It’s only now being considered. Misogyny can be extraordinarily dangerous. We saw this with the 6 Plymouth murders by a misogynistic gunman. Nazir Afzal, a former Chief Crown Prosecutor, said, “That kind of extreme misogyny … in terms of the incel community is a threat to all women”.

Second, we need effective investment, which while costly, generally saves money in the long run. Dealing with VAWG after it’s happened is expensive. In the year ending March 2017, Government research estimated that domestic abuse cost over £66 billion. And that’s just one form of this crime. Yet in 2019, the government committed only “£100 million to tackle [it] over 5 years.” At an average £20 million a year for all types of VAWG, this was woefully inadequate.

This year, the Home Office announced £43 million to tackle VAWG, including only £15 million for combatting domestic abuse. This compares poorly with the £30 million to ‘Support the work on border readiness and transition.’ Dealing with VAWG is bound to be even less effective after recent announcements of underfunding and lengthy judicial delays. And work in this area has become more difficult due to a 15% cut to police numbers between 2010 and 2018.

Third, we need a better police response: there are still tragic failures. In August 2021 it was found that police are still failing to impose restraining orders on men accused of abuse. Progress is slow, even when investigating their own officers. In 2019, domestic abuse among police officers started to be investigated. Two years on, former Scotland Yard Deputy Assistant Commissioner David Gilbertson still describes police officer-perpetrated domestic abuse as an “epidemic”. He added: “It’s about men in authority exercising power over women”. The police must do more for women to trust them to take harassment and violence seriously.

Over and above all else, in order to finally eradicate all forms of violence against women and girls, we need urgently to achieve true gender equality.

After 11 years, the promise of prevention of violence against women and girls has not been attained by this government.

VAWG will only end when misogyny is replaced by equality and respect for women. As Nimco Ali, independent advisor to government, says, ‘not only can violence against women and girls be prevented, but [they] have the right to live free of the fear of it … we have to build a new social contract based on equality.’

In a future article, the idea of gender equality preventing violence against women and girls will be examined further.