Food bank use has doubled in five years. What does this mean for the people who use them and the agencies who support them? 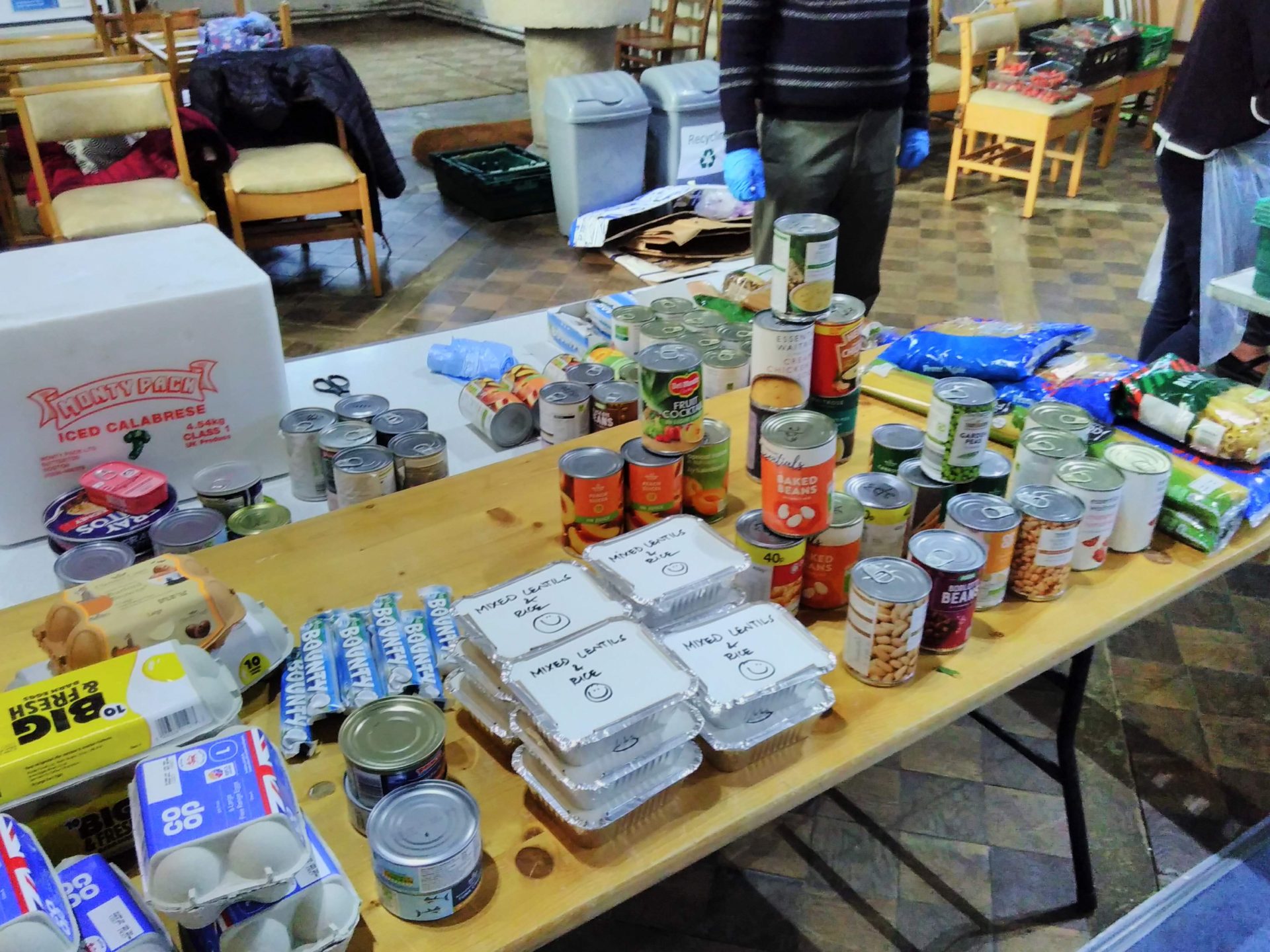 Aidan Baker spoke with Samantha Dyer of Cambridge Sustainable Food about food hubs.  These, as Paola Guzman and Christian Reynolds explain in the linked page, are entities that sit between people who produce food and people who eat it – and typically, in the UK at least, they are underpinned by a strong social or ethical mission.  And they have kept many people fed during the pandemic.

How did Cambridge’s food hubs start?

Before Covid, the distribution hubs didn’t exist.  We had a Food Poverty Alliance in the city, which was made up of organisations that were doing front-line work.  Cambridge City Food Bank was doing fantastic work in the city and beyond.  As were projects like Cambridge United Charitable Trust, Abbey People, City Council Housing Associations, etc.

The hubs were a response to Covid.  All the services that were involved in food, including the food banks, were shut down in the first lockdown because nobody knew safe ways of working. For example, you can’t have everybody come into a foodbank for safety reasons and nor can you have community meals. So, everything shut, at the point where people knew had shelves at home.

In the first summer, we cooked thousands of meals from Cambridge Regional College kitchens. The food hubs rapidly established themselves alongside the mutual aid groups and volunteers in whichever area they were in. Many were in churches, because they kept open. Fortunately, they were able to take that decision.

Sometimes, they were in different venues or at different times. We had to make sure everybody who needed those services was signposted to them.

That was possible because we had an alliance up and running in Cambridge, and the alliance had written an action plan.

People found food hubs helped them to manage their household budgets.  Let’s not beat about the bush.  It’s about poverty.  It’s about household income.  It’s about increasing prices of necessities.  It’s not just about, ‘Do you have enough breakfast in the morning?’, it’s about what else is happening in the rest of your life — ‘Are you on furlough?’, ‘Have you lost your job?’

You can’t juggle your rent or your council tax.  To a certain extent you can manage your fuel bill. But the thing you can most easily cut corners with is your food budget.  This means lower quality food, eating pretty much the same. ‘Yes, of course I gave my children a meal, but it’s been toast and beans, it’s been cereal…’

Also, during Covid, people were very scared. Food hubs were able to give that pastoral care, that reassurance, so that you know what was going on.  And we focused on fresh fruit and veg. CoFarm, the nearest farm in Cambridge, donated all their fresh produce for a year or so through the food hubs.

People tell us they’re really pleased with the variety.  People’s mental health suffers when you’re always wondering where the next meal is coming from.

I’ve had more than one mum tell me that she feeds her children and her husband first and she will regularly go without. Another told me of a lightbulb moment. She realized she was doing exactly what her mum used to do — “I’m not hungry now; I’m just finishing in the kitchen; I’ll eat later” — those types of excuses to avoid sitting down to a meal.

How have they been going?

In a lot of cases, the food hubs have been a lifeline for people with empty fridges and cupboards.

There’s been increased use of fuel vouchers and advice centres. At one point, deep into Covid, we worked with Wood Green Animal Shelters about pet food.  Some people need to feed their pets before they can feed themselves.

A lot of donations came in within those first six months, so we had funds available. The National Lottery switched all of their funds to Covid response.

Now those funds have run out. And people have got donation fatigue from Covid.  How do we keep funding this?

Food insecurity isn’t measured, you haven’t got a national figure that you can point to.  Figures from food banks and food hubs are a proxy indicator.

The questions for the Food Insecurity Experience Scale build up a picture of the experience of food insecurity; questions like: In the past year, or the past month, have you experienced going hungry? or Have you skipped a meal?

You’re going to get fluctuations depending on the time of year — school holidays, the point where furlough was increased, the point where school vouchers were issued — but the general trend is up. Once you start diving in, it’s very complex.

Long-term, how do we make the right things happen? Things like food in the holistic sense, sustainable food, the right food, and everyone’s right to healthy, good, affordable food.

The City Council have made some funds available to set up a community food centre — a distribution point plus a community kitchen. This extends the work from just giving out food to actually thinking about community and neighbourhood engagement around food.

It offers alternative financial models for distributing food and getting food out to people.  I can imagine a ready-meals scheme where local outlets could use surplus food to prepare meals to sell at full price to some people and subsidised price for others.

The food hubs didn’t spring up from nowhere.  Their place in the Cambridge Food Poverty Alliance’s Action Plan, written before the Covid pandemic, came about when they were already a growing feature of the UK’s food landscape.

In a country hit by the Covid pandemic, by furloughs hardened into redundancies, and by reductions in benefit payments, we wonder what will be in the CFPA’s next action plan?

The interview was conducted by Zoom on 23 September 2021 and edited for clarity.