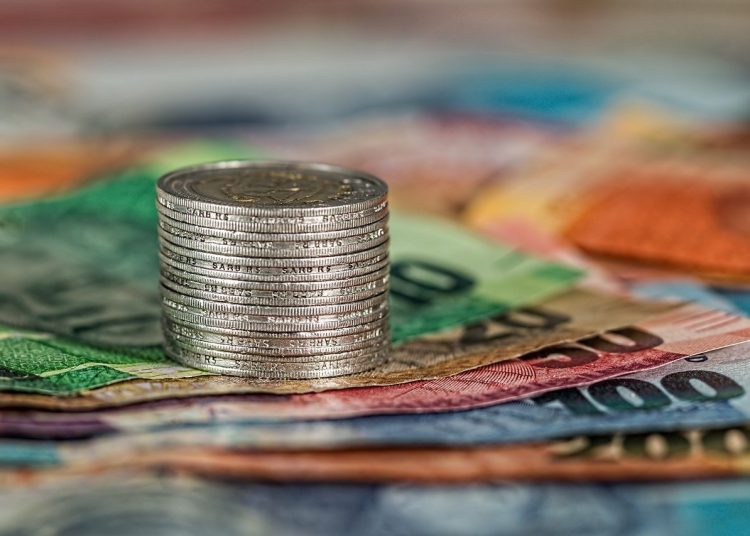 Image by stevepb for pixabay

I used to have occasional dealings with a very rich man. Actually, I knew a number of rich men. It went with the territory, as a financial journalist. This particular very rich man I will not identify, as he can certainly afford very expensive lawyers. Let’s call him Mr C.

I will also amend or negotiate around the actual facts, to prevent what those lawyers would call jigsaw identification.  (He is actually an amalgam of several different people.) The main principle stands. Let us say Mr C was worth £300 million, the value of the investments within the fund he managed. That sum is, believe me, as much as anyone would need or should really want. Any more would not bring any greater benefit.

Let us assume that in a good year those investments gained in value by 10 per cent. Mr C then makes £30 million that year. He pays 40 per cent in tax. His assets then grow by £18 million. He is worth £318 million at the end of the year.

Except that Mr C does not like to pay tax. He therefore makes use of tax law to avoid it, by basing himself overseas even if the fund is based in, and those profits are generated in, the UK. He is therefore worth £330 million.

The difference will not greatly change his life. But in exchange for avoiding that tax, Mr C forgoes the pleasure of living in the land of his birth and has limited contact with relatives and friends. He is not protecting his original fortune – he is avoiding paying tax on earnings he does not really need anyway.

This seems pathological. But it is a price many rich people are prepared to accept, to avoid paying their way in the country that produced, nurtured and raised them. Others find ways of living here and still avoiding tax.

Tax avoidance was once socially unacceptable

Sometimes you turn around and think, how did we get here? Thirty years ago it was expected of all of us that we pay our way. Tax avoidance was unusual and, I would suggest, not terribly acceptable socially.

Since then an entire industry has been built, in the City, in offshore tax havens and elsewhere in the financial services industry on the principle that it is acceptable for very rich men to use clever methods and expensive lawyers and accountants to avoid paying much, or any, tax. While the rest of us pay what we must.

Several years ago, in preparation for retirement, I consulted several financial advisors on how to structure my finances. One, which I knew from my work, was a big concern which normally looked after money for so-called high net worth individuals, people far, far richer than me.

In their advice for me, they proved themselves obsessed with tax avoidance. No, I explained, I did not wish to avoid tax. I just wanted whatever scheme I emerged with to be tax efficient. There is a world of difference between not paying tax you do not have to pay and not paying tax you should pay.

It was a distinction totally lost on them. They had apparently never come across the concept that someone might be prepared to pay a fair rate of tax on their earnings. The story illustrates the way that financial services, for the rich, is riddled with tax avoidance schemes.

I suggest facilitating avoidance, while legal, is on a spectrum that leads to money laundering and through that to administering the funds of and pandering to the interests of thoroughly evil, corrupt oligarchs and kleptocrats from countries you and I might prefer not to do business with. All the above happens with impunity and has, I think, utterly corrupted the City and our financial services industry.

What do we do about this? I suggest one fairly simple legal fix. In 2019 the act of tax evasion, that is illegally not paying tax, was made a strict liability offence. These are offences for which the usual defences that the accused can put up do not apply.

In criminal law, it has to be proved that you not only committed the offence, you also intended to commit the offence. Where strict liability applies, that last proof is not needed. Simply committing the offence is enough. A good example is speeding. Do 71 mph on a motorway and you are guilty of an offence. You cannot say, I did not know I was speeding. Or I did not intend to speed. Or someone made me speed…

You get the idea.

Make not paying your full tax bill, at 22 per cent up to the top rate of 40 per cent, a strict liability offence for which there is no defence. Put avoidance on a par with evasion.

At this point someone will suggest that this would not prevent all tax avoidance. Probably not; the speed limit does not prevent people speeding, and people still speed and get away with it. But it does mean that if they get caught, they get punished.

Obviously the penalties for illegal avoidance must be severe, up to and including jail. Strict liability offences are generally fairly minor and do not attract jail sentences. But there are examples where they are used to prevent what is seen as a serious social problem. There is a precedent.

There are currently attempts, by the EU and other supra-national bodies, to crack down on avoidance. We will see how far they succeed. Clearly the current UK Government is not going to criminalise avoidance – an awful lot of donors to the Tory Party are tax avoiders. No party political point intended, because this applies or has historically applied to Labour too, to a lesser extent. A fair chunk of the people who own the printed media are also avoiders, so do not expect too many encouraging editorials.

Criminalisation of avoidance would, I think, play very well with ordinary voters who must feel that it is deeply unfair and immoral to favour the rich by letting them off tax. It would be an attractive manifesto promise, to say the least, from any progressive political movement.

Criminalisation would bring in additional tax revenue, even if by definition, because it is hidden, we cannot not say how much. I also think it could change public attitudes, to make it socially unacceptable for rich people not to pay their way. There are countries, such as the Scandinavian ones, where it is already seen as a stigma, likely to prevent your acceptance in polite society.

The battle between HMRC and the avoidance industry is like an arms race, such as the one between those building bigger cannon and those building more heavily armoured ships. Yes, there will still be avoidance. But there is one further consideration. Let’s go back to Mr C. He avoids paying tax in the UK by basing himself elsewhere.

If he is found guilty of a financial offence, he might choose not to return to the UK to face prosecution. In which case he can never return. Ever. Meanwhile, being found guilty of a financial crime will today almost certainly result in the criminal being banned from operating in the UK by the Financial Conduct Authority. He or she may also not be allowed to serve as a company director.

Mr C cannot operate his business in the UK. He loses any future income. Meanwhile his assets in the UK can be impounded. It is one hell of an incentive not to try to hang on to that extra £12 million a year in unpaid tax.