We’ve seen a stark change in just five years and there is no end in sight; both inflation and household costs will rise in the near future. 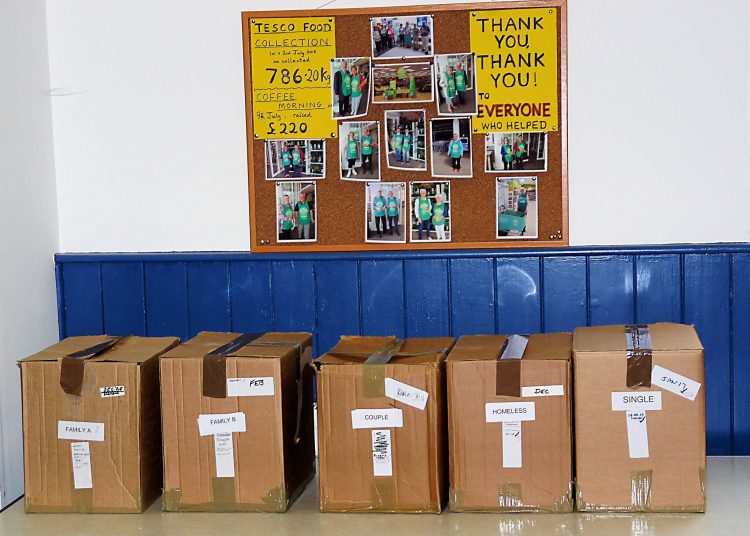 The Trussell Trust provided 2.1million parcels in the year to March 2022. Photo by Hornbeam Arts on Flickr (CC BY-NC 2.0)

‘They are turning off essential appliances so they can afford internet access for their kids to do their homework.’: The Trussell Trust’s recent report describes wide-reaching effects of the cost of living crisis for families.

The Trussell Trust has recorded a dramatic increase in the need for emergency food in the UK, which they say is due to the £20 cut in Universal Credit and the ongoing cost of living crisis.

The figures also mark the first time since the peak of the pandemic in 2020/21 that the number of parcels provided has surpassed 2 million.

Between October 2021 and March 2022, during their busiest winter since the height of the pandemic, the Trust delivered more parcels than in the entire year 2016/2017. They draw attention to a stark change in just five years and say that there is no end in sight, as inflation and the cost of household bills looks set to increase further over the coming months.

Emma Revie, chief executive of the Trust, says that parents are skipping meals to feed their children: “They are turning off essential appliances so they can afford internet access for their kids to do their homework.”

She says that a Universal Credit increase of 7% to keep pace with inflation is an urgent first step, while long-term there is a need for the government to introduce a commitment in the benefits system, to ensure people are not left destitute.

In real terms, this means being left without vital resources – such as food, adequate housing, and the means to maintain personal hygiene – that are needed to survive and maintain dignity. This is protected for everyone, working or unemployed, by the United Nations Universal Declaration of Human Rights – Articles 22, 23, 25.

Failure by the government to make these changes, she says, “risks turning the cost of living crisis into a national emergency.”

Donations decline while the need increases

Michael Beckett, Chief Officer at the Colchester Food Bank (the largest food bank in Essex), says that while demand for food packages is increasing, the charity has been receiving less in donations.

“The aggregate over the last four months for Colchester Foodbank is a reduction in food stocks donated of 12% and a 12% increase in demand when compared with last year 2021, which for us was even busier than 2020.”

He says that the charity is concerned about continuing to meet demand into winter, especially if it is particularly cold and fuel bills are increased in October as planned. “It could be a very tough winter for those in crisis, too often forced to choose between heating and eating.”

When asked what the cause of the problem is, Beckett said that in some cases cooking and budgeting skills can be contributory factors. However, the predominant, underlying problem is low income. “The elephant in the room remains low income relative to the cost of living, and the trends show this is likely to worsen over the coming year.”

How you can help

On Twitter in the past week MPs Jeremy Corbyn and Zarah Sultana have shared a map from the charity Give Food, which is generated from their public database of Food Banks in the UK.

If you need to access a Food Bank, or if you’d like to donate, you can use the map to find your nearest centre and what they would like to have donated. The Give Food website also has a tool which will send an email to your MP concerning the rise in people utilising emergency food resources. 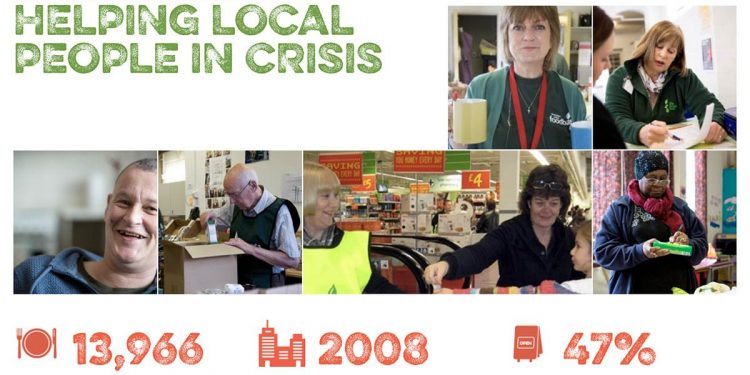