The first Prime Minister in history convicted for breaking the law doesn't believe he should resign over it. It wasn't always like this. 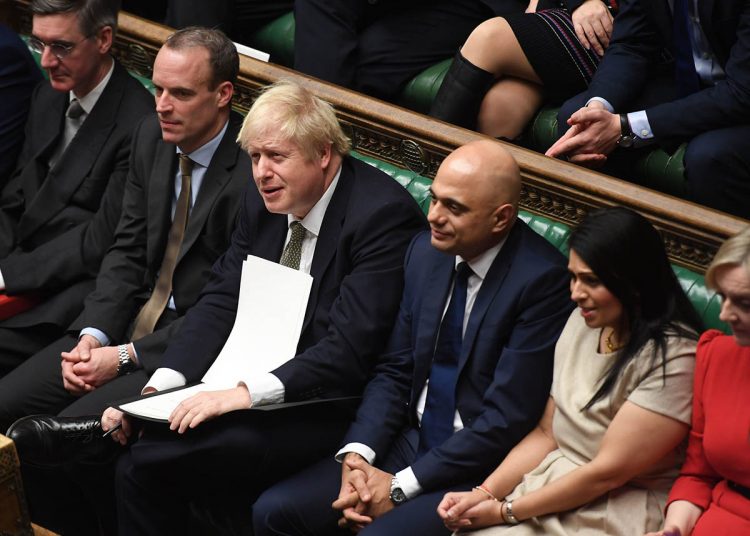 Boris Johnson in the Commons. Photo by UK Parliament via Flickr (CC BY-NC 2.0)

Few will now remember this, but in 2001 Peter Mandelson was forced to resign as Northern Ireland secretary because of his involvement in a passport application from an Indian tycoon.

Mandelson had previously been forced to go over an untruth on a mortgage application.

David Blunkett was in 2004 forced to resign as home secretary over claims he intervened in the visa application for a nanny he wanted to be allowed into the country.

Does anyone seriously believe, as we survey the wreckage that is all that remains of honesty and decency in public office, that any of the above would have been resigning issues today? And if we are taking lessons in probity from Mandelson, may I suggest, from what I recall of my few dealings with his people back then, that we have fallen a very long way.

Ministers used to have principles

I do not recall either man was forced to quit. They felt their positions were made untenable by the revelations and that they had to stand down as a matter of principle. Tony Blair was at the time quite supportive of both men. But they had to go.

Again, would such a principled stand be seen as necessary today? Clearly not. I have suggested here before that standards in public life have previously been governed by accepted principles and have been largely self-policed. If you have a leader and a Cabinet who are prepared to ignore those principles and refuse to do what was always seen as the right thing, those standards and principles cease to apply. They are hard to get back.

Race to the bottom

You have what is called a race to the bottom. This usually is taken to mean, in companies, them behaving as badly as possible to make themselves more competitive. In politics, it would mean being unaware of what the acceptable standards of behaviour now are and testing to see what is permissible.

Since I last wrote about this, we have seen a few more spirals down to the bottom. Law breaking from the two most powerful men in government and one of them, the prime minister, clearly lying to parliament, as this clip seems to demonstrate.

These would previously clearly have been resigning issues, but now they are not. We have seen the usual miserable subjects wheeled out to defend the indefensible, on TV, radio and Twitter. Some of the tweets have been suspiciously similar in phrasing, as in other earlier examples of MPs rallying around their leaders, suggesting they are not necessarily the authors.

It is all quite Stalinist, isn’t it? The Great Leader has done nothing wrong; he is the Father of our country, he is the only one who can lead us to our destiny as a nation. Classic authoritarianism.

As to the ‘Johnson must stay because of the war in Ukraine’ defence, this can be dealt with quite quickly. Both France and Hungary have been able find the space for general elections. The notion Boris Johnson is essential to the Ukrainian war effort seems laughable, while an international crisis, however serious, should not absolve you from the consequences of your illegal actions.

There is, however, a reason why I think any defence might not work this time, especially if further fines are imposed. To defend Johnson and Rishi Sunak for their obvious law-breaking, the offences must be also minimised. It was only a bit of fun, the cake was barely touched, they were only there a few minutes. We were all at it, weren’t we? It’s not really breaking the law, just like a parking ticket really.

As Michael Fabricant put it, the workers at Number 10 and elsewhere were only doing what hard-working nurses were doing at the end of their shifts.

(Actually, alcohol is banned in hospitals and most nurses have said they were far too tired to socialise after a 12-hour shift. Who do you believe?)

Except that this defence, that it was no big deal, necessary to shore up the prime minister and chancellor, has the potential to backfire massively. We know it was a big deal, we know huge fines were imposed on those who attended, let alone organised, parties. We can remember those times, sitting inside, only emerging blinking for half an hour of exercise.

We know the police were relentless in pursuing those who broke the rules and that the fines were often significantly larger than the £50 being handed out to Number 10 party-goers.

Meet my late father John Wilford who died alone in a hospice as a result of COVID rules. I hope that helps with the resignation decision. pic.twitter.com/qWGTDXm0hk

We know about the people whose loved ones died alone because they followed the rules. Partygate, and that defence of criminal behaviour, are likely to feature heavily on the doorstep in the forthcoming local elections and thereafter. People are not that stupid, and they have lost much of their faith in politics and politicians.

This looks to me like an Iraq or an MP expenses scandal moment, something that will be remembered for a long time.

Meanwhile the race to the bottom could go on. There could well be another spiral downwards. The security services report on Lord Lebedev, which Johnson tried to block, seems to be due by the end of the month.

What was he trying to conceal? There is more, I feel, to come out on Johnson’s links with highly placed Russians.

(Apologies if readers think this has been a more than usually one-sided and polemical piece. The times would seem to require it.) 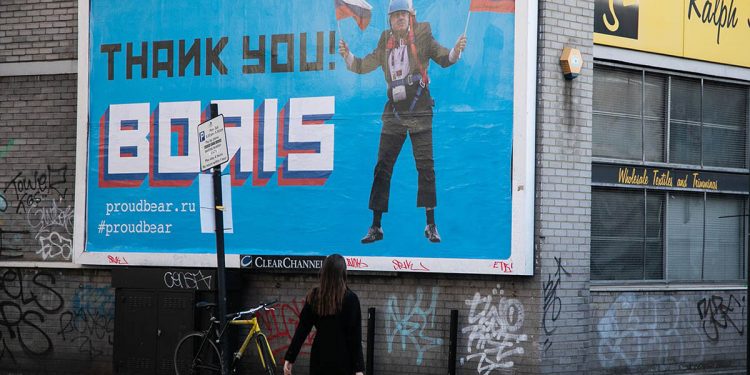