Is the NHS being privatised?

The NHS is being sold off piecemeal by stealth. Private companies are bidding for contracts to provide services for profit. 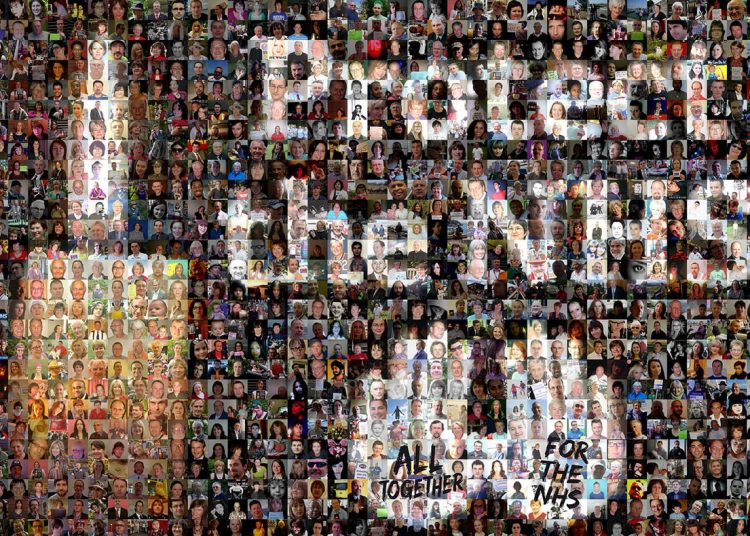 The answer to the question in the title is “Yes”, the NHS is being privatised, but there isn’t going to be a big sell off as there was for the utilities.

Much more attractive to multinational businesses, is to win government contracts to provide services. This way, the risk stays with the government.

The beginnings of privatising the NHS

Oliver Letwin wrote his influential book on how to privatise the world, A Study of International Privatisation in Theory and Practice in 1988. Applying it to the NHS has been a long process. Key steps include Thatcher’s introduction of the market into health in the 90s with GP fundholding and the first outsourcing (cleaning and catering). Major, then Blair, brought us the Public Finance Initiative (PFI) to pay for new hospitals. PFI debts still cripple many hospitals and there are years of interest payments yet to be made.

The 2012 Health and Social Care Act, Section 75, introduced compulsory competitive tendering for all significant NHS contracts, a costly process that is estimated to use around £10bn of the NHS budget annually. Services that have been outsourced or newly developed outside the NHS, include many diagnostic services, including scanning, much routine surgery, audiology services, physiotherapy, etc. The NHS gets the emergencies and complex cases. As the straightforward surgery was an important income stream for the NHS hospitals, losing this work has been another cause of financial difficulty. You can read more about the complexity and dangers of the Health and Care Bill on the Keep Our NHS Public website.

The Covid emergency powers allowed the distribution of contracts on a massive scale without competition or scrutiny. The £37bn over 2 years, earmarked for the privately provided “NHS” Test and Trace, was considered by the Public Accounts Committee to have delivered no detectable benefit. For comparison, the whole NHS budget for 2020/21 was around £136bn. PPE is a story in itself.

Money leaks out to the Commissioning Support Units, too.

The Commissioning Support Units provide back-office functions and hived themselves off into the private sector around 2016. They took many NHS staff with them but also have a lot of people who come from McKinsey and other consultancy firms, amongst them Optum UK, a branch of UnitedHealth. They are involved in management training, data analytics and Population Health Management (PHM). Harvesting our GP data is on pause for now but it is crucial to the development of the managed care model. It will resume.

Simon Stevens’ influence as CEO of the NHS

UnitedHealth is the world’s largest health insurance company. Simon Stevens, now Lord Stevens, worked for them from 2004 to 2014. As head of Global Health, his brief was to open up health services around the world to allow greater involvement of multinational health businesses.

On leaving UnitedHealth, he became CEO of the NHS.

He has been a towering figure in the NHS, responsible for major innovations, but the future shape of the NHS he outlined in his 5 Year Forward View in 2014, hid the outline of the Accountable Care Organisation model under a cloak of comforting descriptions of care closer to home. I remember how positive the plan seemed. Those who had been following the progress of the plan to prise open the NHS saw it differently. What they foresaw has largely come to pass – a seriously weakened public service, short of capacity at every level, with soaring waiting lists and extensive penetration by for-profit companies. That was before COVID arrived and speeded up the process.

The new Health and Care Bill

Names have changed along the way. The 5 Year Forward View talked of Sustainability and Transformation Plans, which became Accountable Care Organisations, revealing their inspiration so quickly changed to Integrated Care Systems (ICSs). There has been no legal basis for these reorganisations, hence the current Health and Care Bill.

It is claimed that the Bill, with the Lords at present, is going to end privatisation by ending competitive tendering. What will replace it is worse. Contracts will be awarded without scrutiny as has happened throughout the pandemic. An amendment to prevent profit-making health companies from being part of the decision-making Integrated Care Boards may pass, but the Commons can reverse that. It is inevitable that the Bill will be passed and the legal basis for the already existing 42 Integrated Care Systems across England will be enacted. On the horizon is the possibility of companies such as Optum or Centene taking over the running of an Integrated Care Board, where they would be incentivised to reduce costs by the 2 major mechanisms used in the US: cutting staff costs and various ways of reducing care. As with the US Medicare and Medicaid, their profit would depend on coming in under budget!

One can only hope that Simon Stevens has safeguarded the founding principles of the NHS: a shared endeavour, free at the point of need, universal and comprehensive, paid for through general taxation. I fear it is unlikely. So much undermining has happened over the last 30 years.

How the NHS has been undermined

Social care was handed to the private sector by Thatcher, NHS dentistry is almost non-existent and prescription charges are a barrier to care for many. Access is no longer universal, depending on your immigration status. Structures to collect charges are in place. Many procedures have been dropped on the grounds that they are not clinically justified but are available in the private sector. Most disabling is the impact of staff shortages across the NHS and the social care sector, leaving hospitals unable to function properly because they have no free beds. Ambulances queueing and people dying waiting for an ambulance are the devastating consequence of not training enough staff over many years, combined with pay freezes and staff exhaustion. GPs are on their knees with a much-increased workload and anxious, angry patients to contend with.

The saga of the NHS transformation has been long, extremely complex and jargon and acronym ridden. Much of it is covered in “The Great NHS Heist“. The ultimate threat is that the public will lose confidence in the ability of the NHS to provide a timely service. Back in the Noughties, with better funding, satisfaction with the NHS was high and the private hospitals struggled for customers. Now, we are near the point where those with resources will turn to the private sector, and the rest will have to make do with a free, but much-diminished NHS.

Born in the Midlands and read Natural Sciences at Cambridge. After a year teaching in Cameroon, switched to medicine, with clinical studies at St Mary's Hospital, Paddington, qualifying in 1970. In 1975, spent 3 months as a locum GP in Australia then 2 years as Medical Officer in Turkana, Kenya. From 1977 to 2003, GP with Bowthorpe and Trinity Practice, Norwich. Involved with campaigning for the NHS since 2011.