The BBC's Platinum Pudding competition winner didn't fly with Kate Viscardi. So she invented a simpler Jubilee Trifle instead. 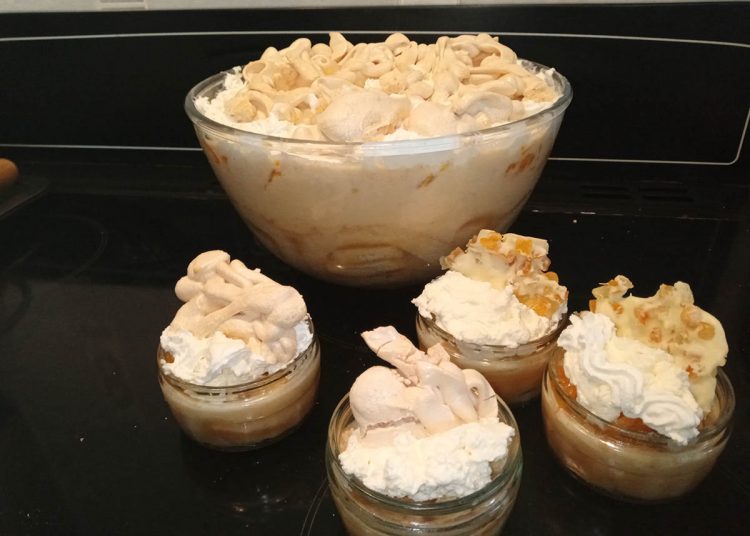 I like baking experiments so I thought I would have a go at the winning recipe in the BBC’s Platinum Pudding competition, which is a lemon and amaretti trifle. Fortunately, I have friends in various hostelries who are accustomed to me arriving cake box in hand with the greeting “Hello my lovely guinea pigs!” because it’s a big trifle.

So, I look up the recipe and am struck by how tone-deaf it is. The first ingredient I notice is gelatine. Gelatine is derived from animals, usually pigs, so that immediately rules out members of several major world religions plus vegetarians and vegans. Almonds mean farewell anyone with a nut allergy and it’s not purse-friendly either, given many ingredients are only needed in small quantities.

I mention this at our Horticulture Club and one of the members, who lived in France for years and really knows her patisserie from potatoes, said: “trying to be chefy”. Exactly. This is not to criticise the winner of the competition, who used the ingredients that she wanted to make the best impression on the judges, but the BBC.

BBC could have done better

Come on, BBC, you have food technologists. Would it really be beyond your wit to work out how to use agar instead of gelatine? Similarly, could they not have suggested alternatives to the butter, eggs and cream for vegans? More egg yolks than whites needed; what an opportunity for a meringue topper instead of super-sickly white chocolate.

They do say it’s OK to use ready-made ingredients, but to still make the Swiss rolls and coulis, but the former is the thing that takes a lot of time and skill, the latter unnecessary. I think it would take quite a bit of tweaking to make this diabetic-friendly, but could be done.

At this point my editor said to stop whingeing and get on with providing readers with practical advice. So:

As soon as the first serving is taken, a trifle will start to slump and become increasingly unattractive to look at, so unless everyone is to be served at once using little pots is the way to go. I love those individual desserts that are sold in glass or ceramic pots so gradually accumulate pots and a quick check reveals I have more than enough glass ones. (It’s actually cheaper to buy posh desserts in pots than buy ramekins.)

My first attempt is a mixture of ready-made and from-scratch ingredients, in individual pots. I used bought Swiss rolls and amaretti biscuits and made the jelly and egg custard. Online advice varies from 8 times as much gelatine as agar to a ratio of 1:1 and both come in different forms. I give up after half-an-hour and settle for using a single sachet, 5 grams, of agar-agar which works fine. There is no alcohol in my ready-made version.

The second attempt is from scratch and goodness, what a faff. This is the BBC Food version but I’m not comfortable with some of the recipes (over-use of cream, superfluous ingredients) so I resort to various sources plus my own tweaks, in particular trying to dial back on the sweetness as much as I can. I make this as one big trifle and replace the white chocolate topper with meringue.

One of my guinea pigs announced she’s been making these for years, they’re called St Clement’s trifles. I check it out and the main difference seems to be the use of almond liqueur instead of orange. This one uses Swiss roll rather than the more usual sponge cakes, but I suspect the latter would work better anyway and help reduce the sugar overload.

Both sets of testers really like the trifle and my Swiss roll is no better nor worse than the bought one. The toppers get the most comments, with reactions to the official topper depending on whether people like white chocolate or not, though even one of those says she thinks dark chocolate would be better. The meringue topper is liked a lot. Both versions are thought to be very sweet, despite my efforts. The individual pots are much preferred because they look neater and everyone gets the right balance of ingredients.

This is how I’ll do it next time. This needs time between most of the steps to allow things to cool. I haven’t given detailed recipes for most things because people have their own preferred recipe books or blogs.

If making, do so at least a day ahead. You’ll also need:

Set out 12 individual dishes and slice one Swiss roll into 12, put a slice in each dish.

Put 150ml of water in a small pan, shake in a sachet or 5g agar-agar, boil for 5 minutes. Meanwhile, strain the tins of mandarin oranges and put the fruit in a bowl and in the fridge. You need about 450ml of juice. Add thin strips of lemon rind (a potato peeler works best) and the juice of the lemon. Tip the juice into the agar-agar and stir until it’s heated through, strain it into the jug and leave to cool for a while. Optional – add two tablespoons of the liqueur of your choice.

Pour the warm jelly over the Swiss roll slices and put in the fridge to set. You want the jelly to just cover the slices so there might be some left over, so have a couple of extra pots ready – it’s nice on its own.

If you are going to make a meringue topper, separate three eggs and use the whites to make meringues.

If you are going to make the chocolate topper, wash and dry about 100g of mixed peel and arrange it in 12 groups on a sheet of greaseproof paper. Melt your chocolate and gently pour it onto the mixed peel, leave to set. Or leave the peel out and just make interesting shapes with the chocolate.

Make an egg custard with 300ml of milk, a tablespoon of sugar and three egg yolks or two whole eggs, and add a teaspoon of essence if you want.

Once the jelly has set well, pour the custard gently onto the trifles and leave to cool completely.

Break up the mandarins with a heavy fork or potato masher and break up the amaretti biscuits, not too small.

Distribute the amaretti bits across the trifles, followed by the mandarins. Pop the trifles back into the fridge until needed.

Just before serving, if using whipping cream whip it into soft peaks and distribute across the trifles. It’s easier to use a piping bag for this. It’s even easier to use squirty cream.

Top with meringues or chocolate toppers and serve.

Will the Platinum Pudding still be made in 70 years’ time, like Coronation Chicken is now? In the BBC form, I seriously doubt it. As a St Clement’s trifle but with almond liqueur, probably yes. 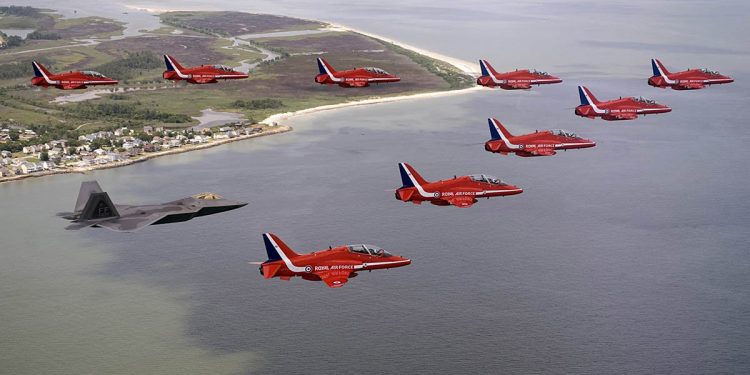 See where the Platinum Jubilee fly-past starts in East Anglia

Sitting on the fence