Media coverage of the Labour Party Conference has focused on infighting. But shadow ministers also announced a raft of new policies. 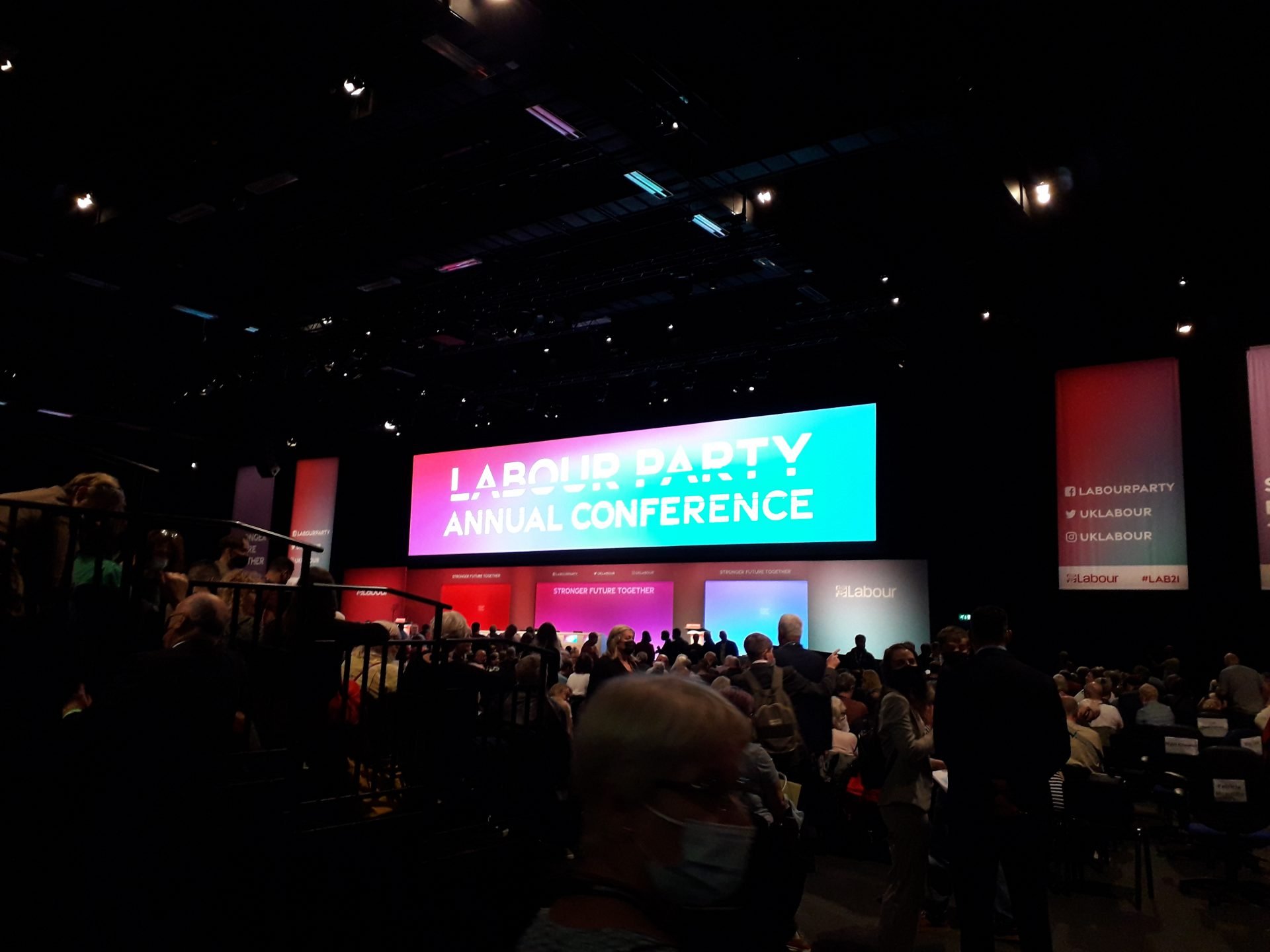 Perhaps predictably, media reporting of this year’s Labour Party Conference has tended to focus on internal wranglings. It was perhaps only on Wednesday, with the leader’s speech, that the spotlight swung to Keir Starmer himself, his rivalry with Boris Johnson, and the often repeated question of what Starmer ‘stands for’.

But the conference was also a chance to learn more about what Labour would do in government.

Shadow Chancellor Rachel Reeves received a huge standing ovation following her speech, in which she made clear that Labour would break from the “failed approach of austerity”.

Reeves pledged a huge £28 billion per year to tackle the climate crisis, an increase even on the £250 billion over 10 years promised in the 2019 manifesto.

Ed Miliband’s speech the day before had already given a bit more detail on where this money might go: up to £3 billion to ‘green’ the steel industry, subsidies for renewable energy, and a pledge to invest in electric car “gigafactories”.

Intriguingly, Miliband also hinted that public ownership would have a key role to play in a just transition, despite Reeves and Starmer ruling out the nationalisation of energy. Nationalisation of rail, mail, water and energy is a key element of the socialist green new deal, a programme at the heart of the 2019 manifesto, and endorsed again by conference delegates this year.

Fairness and responsibility at heart of economic pitch to voters

Reeves also set out a number of measures to “make the tax system fairer”. The Shadow Chancellor promised that Labour would analyse every tax break and scrap it if “it doesn’t deliver for the taxpayer or for the economy”. She promised to stop private schools from claiming charitable status, to tax ‘carried interest’ as income rather than a capital gain, and to increase the digital services tax to 12 percent (from two percent). She also committed to scrapping business rates and replacing it with a fairer system.

Reeves sought to position Labour as the responsible alternative to the profligate Conservatives, pledging, to huge applause, to “carry out the biggest wave of insourcing in a generation”, to set up a taskforce to recoup money wasted on unfulfilled Covid contracts, and to “create a new, independent Office for Value for Money” to ensure taxpayers get value for money.

A ‘New Deal for Working People’ and a minimum wage row

The theme of fairness was continued in Deputy Leader Angela Rayner’s speech on the opening afternoon of the conference, in which she expanded on Labour’s ‘New Deal for Working People’. It is perhaps here that the party’s plans most closely resemble the radicalism of the Corbyn years: banning zero-hour contracts, outlawing fire and rehire, increasing sick pay, and providing all workers with rights such as parental leave and flexible working from day one.

Less ambitious was Rayner’s promise to raise the minimum wage to £10 an hour. This policy is the subject of an internal battle which saw Shadow Secretary of State for Employment Rights and Protections Andy McDonald quit the Labour frontbench during the conference. McDonald argues that Labour should commit to a £15 an hour minimum wage, and conference delegates seemingly agreed, voting overwhelmingly in favour of a motion to ban fire and rehire which also included a commitment to the £15 figure.

A National Care Service and a new approach to mental health

Shadow Health Secretary Jonathan Ashworth was another Shadow Cabinet member to give a powerful speech. His headline announcement was a ‘National Care Service’ (also supported by conference delegates), although the details remain hazy. Ashworth also promised to double spending on research into cures for dementia.

Some health announcements were reserved for the leader’s speech, as Starmer revealed a new approach to mental health. He promised to recruit 8,500 new mental health staff, including specialists in every school, to ensure that nobody waits more than a month for treatment. Labour would also provide “an open access mental health hub for children and young people in every community”.

Protecting rights at home and abroad

Shadow Foreign Secretary Lisa Nandy pledged to fight corruption and money laundering with a new ‘Taskforce on Illicit Finance’, to crack down on companies using forced labour, and to end arms exports to Saudi Arabia.

Shadow Home Secretary Nick Thomas-Symonds promised more police on the streets, and a new Child Exploitation Register. Shadow Justice Minister David Lammy got the better lines, promising: “whatever rights [the Government] come for next, we will fight them”. He pledged to bring The United Nations Convention on the Rights of the Child into domestic law.

Powell also announced that Labour would give first time buyers priority in new developments, base the definition of ‘affordable’ rents on local incomes rather than local market rates, and restrict the number of properties in a development that can be sold to overseas buyers to 50 percent.

Some encouraging policies, but work to do

Any party conference tends to bring a raft of policy announcements. While some of these proposals, such as those on education, workers’ rights, and violence against women and girls, are fairly detailed, others remain hazy.

In the coming months, Labour must flesh out these ideas, and use them to create a compelling vision for a better country. Their greatest challenge remains convincing sceptical voters that they will be able to deliver that vision.