An antidote to the pandemic is to travel to new places and open our mind to new experiences. Climate change may make that harder. 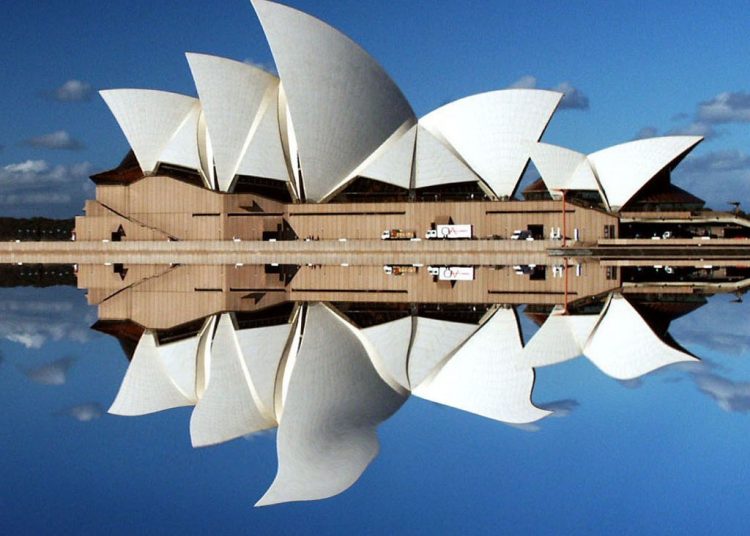 They say travel broadens the mind, and I’ve done far more of it than most will in their lifetime. My very first trip abroad was to visit family in Poland in the early ‘60s, when I was two or three. I don’t remember much about that, but I do remember going for the whole summer when I was 11. My parents dispatched me, alone, on a train to Dover to catch a ferry to France and then a train to Poznań, where family met me.

The most exciting part was when we got to Berlin, where they changed the diesel train to a steam one. I arrived in Poland with a sooty face from having leaned out of the window so much, in absolute awe of the old engine.

Throughout my childhood we travelled every summer, either at home or abroad, and it’s probably where my life-long travel bug was incubated. I also grew up in hugely multicultural north London and was often curious about the places the parents of my school friends came from: mostly the Caribbean, the Indian subcontinent and Cyprus. My best friend was a Ugandan Asian refugee. Their homes and families gave me an introduction into their cultures and traditions.

At age 22, I successfully applied to British Airways as cabin crew. Suddenly, as they say, the world was my oyster.  Over the next eight years, I flew to every continent bar Antarctica. We frequently had several-day layovers, and we often arranged excursions to explore outside the cities we flew into.

During that time, I saw the best and the worst of what the world had to offer. I wondered at the beauty of Bermuda’s azure sea, the majesty of the Golden Gate Bridge spanning San Francisco Bay, the spectacular geysers in Rotorua. But I was also horrified by the apartheid practised in Johannesburg, the hordes of begging children in Dhaka and the religious oppression in Riyadh.

Those eight years, until I left to start a family, were an education. They taught me gratitude: to be thankful for the accident of my birth in a wealthy, politically stable country. I came to value experiences over material things. But, perhaps most important of all, it reinforced what I’d learnt growing up: that we are not so different: that, though there are many different cultures around the world, there are also many similarities between us all.

Despite Covid and Brexit, we are outward looking and internationalist

Over the years, because of my own positive experiences, I’ve been gratified by the increase in travelling by fellow Brits, seeing how travel changed my friends and work colleagues the way it did me.

The UK ranks 13th on a table of ‘most well-travelled citizens’ in the world. On average, we take two domestic and 0.9 international trips a year. It comes as no surprise that the most popular international destinations are sunny countries such as Portugal, Spain and Greece. And thanks to budget airlines, many of us travel further afield, beyond Europe.

Mark Twain once wrote, “Travel is fatal to prejudice, bigotry, and narrow-mindedness, and many of our people need it sorely on these accounts.” While the 2016 referendum taught us that we still have a long way to go on that front, over the last forty years of cheap travel many, as Twain predicted, have become more outward-looking and internationalist. The 2012 London Olympics seemed to reinforce that notion, and most towns have a good selection of restaurants offering a range of international cuisine.

Just as we’d become accustomed to at least one international trip a year, along came 2020 – a year that changed everything, as the world went into lockdown. The tourism industry was one of the worst hit, with countries closing their borders in an attempt to limit the spread of the virus. While there was some lifting of restrictions in 2021, most people opted for ‘staycations’ or to travel locally. The loss of our freedoms and isolation has taken its toll on our collective wellbeing.

I believe an excellent antidote to this would be to go somewhere entirely different, to soak up the culture, and enjoy the local food. Putting the past two years behind us to enjoy the simple pleasures of holidaying somewhere new would be revitalising. It would kill two birds with one stone – getting out of the house while providing an opportunity to interact with new people from other cultures.

Can we travel more sustainably?

The pandemic has been a great reset for us all. Like Camus’ plague visited on Oran, it has forced us to recognise the fragility of our existence. As many of us have lost loved ones, friends and colleagues, it and has been a reminder to value life. Living with the catastrophe of the pandemic has thrown the other catastrophe we – the human race – are facing into sharp relief. It has made the consequences of climate change that we face more real.

With that in mind, should we therefore travel less? And if we did, would we be the poorer, culturally, for it? Would it cause us to become more insular and inward looking? Perhaps more nationalistic. I have wondered if it was the less-travelled who voted for Brexit.

I believe there’s a compromise. Personally, I would not want to see a lessening of travel for the reasons I’ve outlined. I hope that we will all re-evaluate how we travel in the future. We just need to find ways to travel that are more sustainable.

You can travel within much of Europe by train. Long-distance sleeper trains have seen a recent resurgence, so much of the journey could be done whilst asleep. Renting electric cars on arrival would allow us to freely explore our destination, or if in a city using public transport.

For travelling longer distances where flying is the only option, it’s possible to buy ‘carbon offsets’. These allow you to “purchase carbon offset credits equivalent to the amount of emissions you were responsible for.” Organisations offering this will then invest your credits in certified carbon reduction projects.

However, it should be noted that carbon offsets are far from the perfect solution. Last year, ahead of the COP26 conference, Greenpeace published an article on why ‘carbon offsetting doesn’t cut it’. They point out that we need to reduce carbon emissions, not simply a net zero which would maintain current dangerous levels. If planting trees is the solution, the question is where? There’s a danger that cheap land could be bought up by these businesses in the global south, pricing local people out of the market. Plus the carbon offset would be far from instantaneous given the life-cycle of a tree.

As we face climate uncertainty, the future of travel is hard to predict, but I feel optimistic. While we’re a long way off from flying in electric jets, the pandemic has shown that business can be conducted online, which could cut down many unnecessary journeys. The vast majority of trips we take abroad are to Europe, which can easily be reached by rail.

From my own experiences that have shaped the person I am today, I hope climate issues don’t result in limiting the amount of travel we’ll be able to do in the future – I believe we’d all be the poorer for it.