The invisible epidemic. People living in poverty don’t draw attention to themselves, don't want to be noticed or patronised.

The Holt Youth Project supports young people including many who are young carers, by providing a nurturing, supportive environment. The project helps them to reach their full potential and realise their aspirations, whatever their background or need.

This article was first published in July 2021. The Holt Youth Project is asking for donations for their worthy cause, either as a one-off via PayPal, or a monthly direct debit. The project relies on donations to supplement their grant from the Lottery.

There are hundreds of poor people in Pride and Prejudice: they are the ones not talked about, the ones rarely noticed or given a voice. They live just beyond the immaculately clipped yew hedges. Poorly housed, needing a dentist, malnourished. All the major characters in Pride and Prejudice know about them, but the poor are rarely mentioned. We never see the world through their eyes.

Poverty in North Norfolk’s a bit like that. “Where are these disadvantaged people?” we are asked. You rarely see a body in the streets. Examine the gutters, and you may spot a few spent needles. Sometimes anger and frustration erupt onto the walls of the underpass.

But, generally, people living in poverty don’t draw attention to themselves, don’t want to be noticed or patronised. Just like you and me, they do their best to look like everyone else. Visit the food bank by the back door. Discreetly choose clothes from the racks of charity shops.

Would any of us want to advertise that we hadn’t eaten much this week, that all you’d find in our fridge would be half a bottle of milk? That we were struggling to pay the rent or the gas bill, having trouble clothing our kids? Of course not. Nobody wants to broadcast poverty, or to beg.

As Pope Francis reminds us all, today we have two urgent priorities: to save the Earth and to relieve the poor. Two sides of a single coin. That’s enough to keep us all busy.

If we fail to act, within half a lifetime, complacency will leave the planet a poisoned wasteland for our grandchildren, with the world’s disadvantaged communities suffering the gravest consequences as oceans warm and sea levels rise. And, on our doorsteps, as the gulf between the Haves and the Have Nots steadily widens, those struggling to meet everyday needs are suffering, mainly because they pass unnoticed. Strictly Come Dancing rarely features a homeless contestant. God knows why. There are lots of gifted dancers whose talents are masked by poverty.

Because they are not another species, as the tabloids would have us believe. Disadvantaged people are exactly like you and me — they are you and me, minus a bank balance, a nice house, a good pension. Fathers and daughters, mums and aunties, grandparents and toddlers, who wonder where the next meal’s coming from, wonder when the bailiffs will arrive to take away the washing machine.

People like us, down on their luck. Divorce, bereavement, low wages, mental health issues, too many painkillers for their rheumatoid arthritis, student debts growing instead of diminishing, a car accident, an unwise investment. Things that could upend anyone’s cosy existence. “I never thought I’d end up sleeping on a park bench!”

Or you may be doing all the right things, suffer no catastrophe, and still be terminally poor.

House prices in Holt, Cley and Blakeney are rising so quickly that, soon, only those working away, or moving here from elsewhere, will be able to afford them. Adults of 30, with spouses and their own children, are still living with Mum and Dad, packed into tiny houses. It’s not always a recipe for domestic bliss. Many workers in North Norfolk are paid just £8.21 per hour. The average local house price in Holt is over £450,000.

There are very few council houses. In 1959, when the UK had a population of about 52 million, Harold Macmillan was building 300,000 council houses a year, taxing the richest up to 90%, sharing around the national cake. In 2018-19, with a population of 67 million, local authorities across the UK built just 4,010. Taxes on rich companies and individuals are being steadily reduced, benefits cut. The gap between the Haves and the Have Nots grows ever wider.

There is currently an epidemic of people taking their own lives. There were 6,507 suicides in the UK in 2018, and it is the leading cause of death for young people under 30. For 2019, the Office for National Statistics records 73 suicides in Cambridgeshire, 89 in Norfolk and 60 in Suffolk. Often poorly qualified and socially isolated, too many youngsters see little to live for in a world where pay is low, housing and transport scarce and expensive, and there’s little help with mental illness because nobody seems to care.

The drug dealers care. Drugs are very competitively priced these days, cheaper than booze. And so attractively packaged. Dolly Mixture drugs, and drugs dressed up as Teddy Bears. Gangs drive up here from London with pocketsful of happiness. Wouldn’t you be tempted if the alternative was standing cold and wretched in the underpass because home life was pretty grim?

At Holt Youth Project, we aim to meet the needs of all young people, and help them to reach their full potential and realise their aspirations, whatever their background or need.

Behind the affluent facade of Holt, Holt Youth Project works tirelessly every week supporting all sorts of children and young people, including many who are young carers, by providing a nurturing, supportive environment.

Visit us on Old Station Way and you’ll find a well-equipped gym, a workshop, a beauty and wellbeing salon, games rooms, a sports hall, an allotment, an IT suite, and a large working kitchen serving free hot meals, providing a safe space where children as young as six, some of whom spend their week looking after a terminally ill parent, can enjoy a few hours being a child.

If you would like to visit the project, make a one off donation, donate regularly or become a volunteer, why not visit our webpage or contact us on 01263 710918?

Jeff Wood is a Trustee of Holt Youth Project 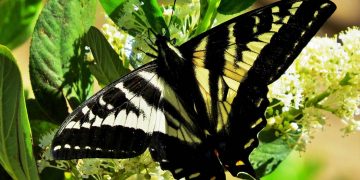 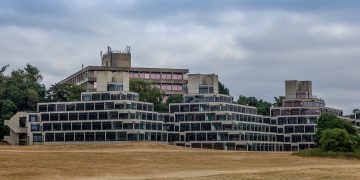 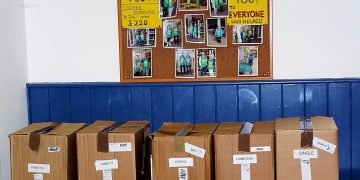 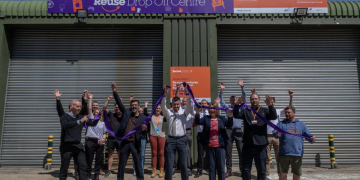 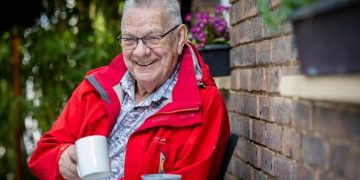