Tory collapse in the Gaywood South by-election came after the candidate was forced to delete obscene tweets and failed to win over voters. 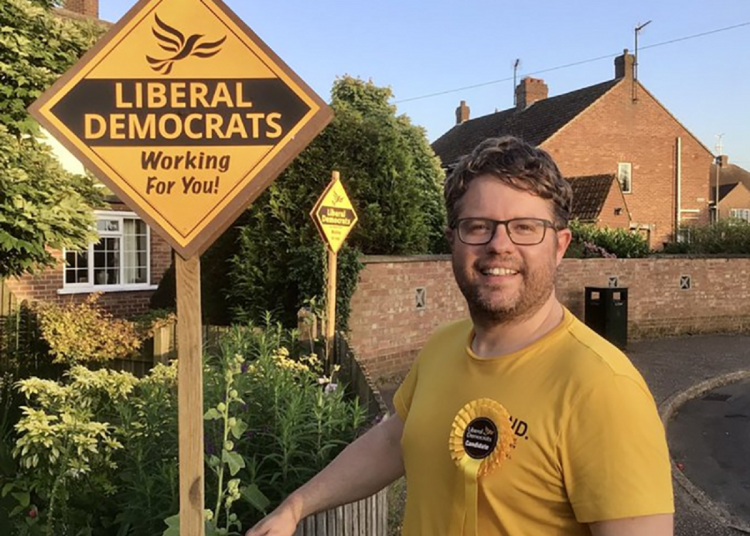 The Gaywood South County Council seat was won by the Conservatives in local elections last May.  But winning candidate Thomas Smith resigned only four weeks after his victory.

The Conservatives’ choice to replace him, Philip Trask, may not have helped his cause when the issue of the obscene tweets was revealed.

He went into last Thursday’s byelection holding a majority of 256 votes over Labour, with the Liberal Democrats third.

But in this election the Liberal Democrat candidate, local man Rob Colwell, leapfrogged the other parties to win with 648 votes.

He beat Labour’s Micaela Bartrum (561) and the Conservatives (378).  There were two other candidates.  The turn-out was low.

The Liberal Democrats’ vote was up by 28 percent, while the Conservatives’ went down by 25 percent. Labour lost two percent.

It is the first Liberal Democrat victory in a county seat in West Norfolk since 2005.

Several local issues came up on the doorstep and will have influenced the result.  The sudden resignation of the previous incumbent and the time and expense needed to hold another election seemed to go down badly with voters.

There was strong reaction against the approved Parkway development of 380 new houses. It will involve felling trees and building on green land containing areas of wildlife habitat.

There were also claims that voters are ‘losing faith’ in Boris Johnson and his handling of the epidemic.

Most pressing though was concern over the state of the local Queen Elizabeth Hospital, whose roof is presently being held up with metal struts.  It is not one of the 40 new hospitals vaunted by the government.

“I am just so grateful to the people of Gaywood South, who put their faith in me to represent them.

“I have learned a lot about the issues that matter to my neighbours and local communities, and am so proud now to have the chance to represent them in County Hall.”