To get faster to net zero, Government plans to sacrifice the rural environment, with unnecessary trenches and pylon lines 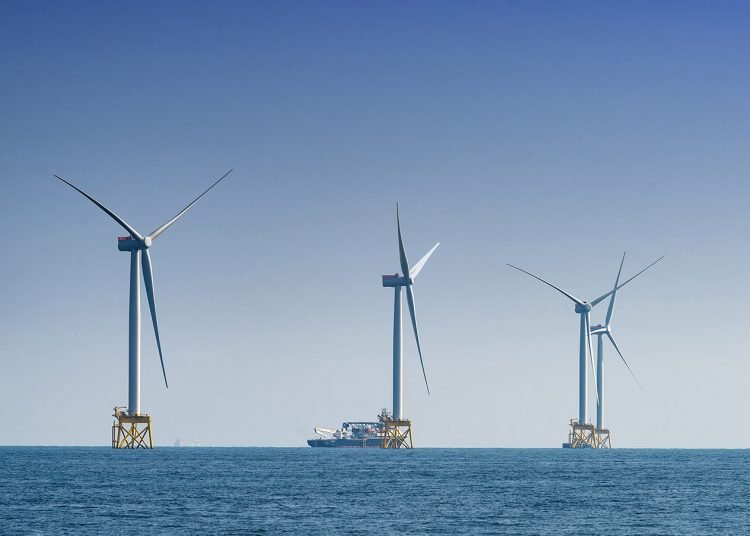 Offshore wind energy has been the surprise success of government energy policy. The east coast has been a leading contributor. But as so often, a lack of strategic planning, and competing commercial incentives are throwing up problems. There is growing resistance to the planned pylon lines from Norwich to Tilbury, but less attention has been given to how the power gets from the coast to Norwich.

Offshore wind has been a surprise success

Offshore wind farms are growing rapidly, and making a real contribution to plans for the UK to achieve net zero carbon emissions by 2050. In 2009, only 2 percent of the UK’s electricity was generated from wind. By 2020 that had risen to 24 percent, well above the government’s 20 percent target. The cost per Kilowatt Hour (kWh) has fallen dramatically. Although wind energy can only be a part of our energy mix (since the wind doesn’t blow all the time), this is a major contribution to our net zero ambitions.

In 2019 the Hornsea One windfarm was the first to generate over 1 gigawatt of electricity, enough to power a million homes. The three projects recently approved off the Norfolk coast will each generate twice that, and there are more in the pipeline. The location and current generation of offshore sites can be seen here.

The government now plans for 40 gigawatts of offshore wind generation by 2030 and 75 gigawatts by 2050.  In response, a growing list of developers are preparing plans for new offshore windfarms. But every new project has to bring its electricity ashore and connect to the National Grid.

And there two green agendas collide.

The east coast is prime territory for wind farms, but it seems that government did not anticipate the speed of growth, with multiple separate projects all going ahead at once. Each of these has its own plans for connecting to the national grid, each coming ashore in a different place. The result looks like being an environmental blow, especially for Norfolk, where there are currently five proposals under development.

Connecting to the National Grid means laying heavy cables to Norwich, where they will connect to the unpopular pylon lines, which will take it to join the main grid at Tilbury.

On current plans, in Norfolk, this means clearing three strips of land 40 miles long and over 40 metres wide (the width of a motorway). During the work there will be heavy construction traffic across much of the rural north of the county. Local councils claim that, on a “realistic worst-case scenario”, there could be 1000 HGV movements a day on often narrow roads. When finished there will be restoration work, but restoring rural ecosystems takes decades, not months.

And this is not an issue for Norfolk alone. Similar issues arise in Suffolk, where a series of similar projects is in progress. And there is growing public opposition to the pylon lines, which will cut across rural Suffolk and Essex, including some protected Areas of Outstanding Natural Beauty.

There is concern about this in Parliament and a national Off Shore Electricity Grid Task Force (OffSET) of MPs and County Councillors, led by Bernard Jenkin (Harwich) and Jerome Mayhew (Broadland). has been formed to argue for better solutions.

There is a better answer

And protests are growing, especially against the proposed pylon lines.  Both sets of protestors  support offshore wind energy. They stress that this is not a “not in my backyard” objection, because there is an alternative, which has been proposed and developed by National Grid.

This is an offshore “ring main” round the east coast, linking to the grid at the Humber or the Thames, where the onshore grid infrastructure is already in place. Each windfarm would then connect to the main at sea, removing the need for trenches and pylon lines across the landscape.

The National Grid’s feasibility study for this Holistic Design Network suggested that if this model were implemented by 2025, it could save £6 billion, halve the length of onshore cables, and be very much less socially and environmentally damaging than the current plans.

However, the technology is still developing, the planning is inevitably complex, and takes time. The National Grid’s Offshore Coordination Project completed a consultation on plans for this Holistic Design Network (HND) in June. However, the Secretary of State, in a detailed 60 page approval letter for the Vattenfall Vanguard project, concluded that speed should take priority over the concerns of local people .

The Secretary of State has balanced the substantial harm arising from landscape and visual issues against the substantial and pressing need for renewable electricity sources and considers that the latter should prevail. He does not consider that his decision should be deferred or that the onshore elements should be refused pending the outcome of the OTNR [Offshore Transmission Network Review].

It is, of course, possible that a new Prime Minister, or Secretary of State, may want to review this decision.

The best answer, or the quickest?

The three projects already approved (Orsted’s Hornsea 3, and Vattenfall’s Boreas and Vanguard) all hope to be operational within 4 years, and there are a further three planning to complete between 2027 and 2033. Understandably, they are reluctant to delay, and if they do, the government may miss its 2030 targets for wind generation.

Government is “encouraging” the companies planning new projects to opt in to the emerging HND system. It remains to be seen whether they decide to do so. Local people along the 120 miles of potential cable trenches, and the 112 miles of pylon lines, and the councils campaigning to change the plans hope that they can be persuaded. 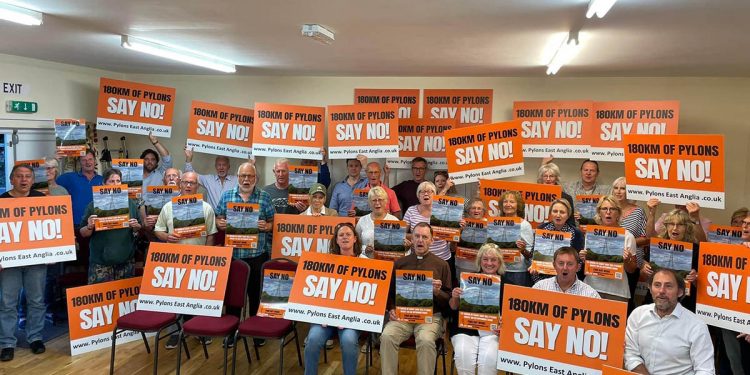