Despite government efforts, our jury system represents a significant counter-balance to the actions of an over-powerful state. 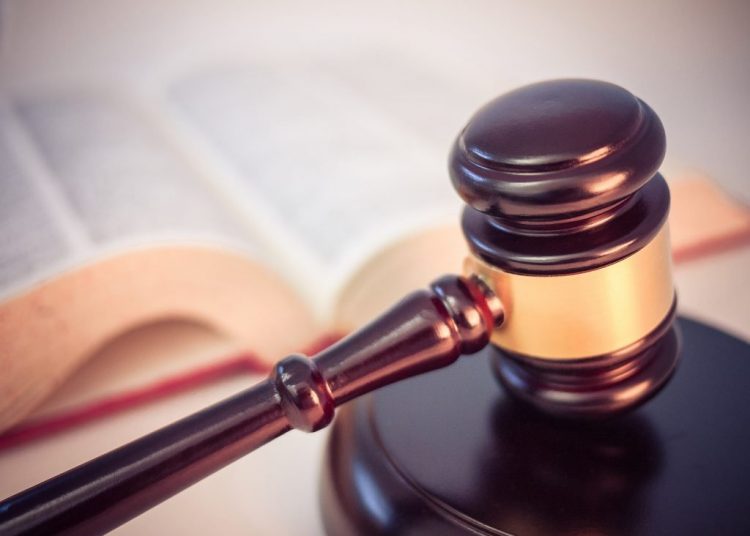 “Not guilty” Colston statue verdict. Photo by howtostartablogonline.net via Wikimedia Commons (CC BY 2.0)

Any number of stately homes or estates in East Anglia will have benefited from the proceeds of the slave trade – as is true of any other area in the UK. There are, however, no statues of prominent slavers in the region, as far as I am aware – East Anglia is better associated with abolitionists such as Thomas Clarkson.

Should such a statue come to light, though, would you and I be justified in pulling it to the ground – and would we get away with it? Probably, after the not guilty verdict on the four who toppled the Edward Colston statue in Bristol.

Outcry from some on the right

The verdict has aroused concern mainly among right wingers that it decriminalises the offence of criminal damage and that it was politically motivated.

Suella Braverman, the attorney-general, is among them. “Trial by jury is an important guardian of liberty & must not be undermined. However, the decision in the Colston statue case is causing confusion,” she tweeted.

It’s that “however”, isn’t it, that catches the eye? She is “carefully considering” whether to go to the Court of Appeal to “clarify the law for future cases”. She seems at least to be aware that the appeal court cannot reverse a jury verdict, which is as well given she is the most senior legal figure in government and a QC.

Yet that same government has said it will attempt to correct court rulings that it disagrees with.

Braverman seems to want judges to be given clearer guidance on how to instruct juries, requiring them to ask jurors to set aside any political “woke” views when reaching a verdict. This is speculation at this stage, but this looks like one of those knee-jerk reactions aimed at appeasing the Conservative right wing. It can’t be done.

In saying this I speak as someone who has done jury service five times – don’t ask, the odds of this happening are astronomically low, and no, you can’t get off.

Any change in the law telling judges how to carry out their work will simply be ignored, if the judge in question believes it is contrary to the rights of the defendant and gets in the way of justice being served. This is because they are truly independent. In my wide experience of judges, they are extraordinarily scrupulous in ensuring jurors have all the facts they need to reach a proper verdict and are not in any way improperly influenced by anything or anyone.

A judge cannot call on a jury to bring in a guilty verdict. He or she can demand a not guilty verdict if they believe, as the case unfolds, that it has no merit.

So any attempt to gain more frequent guilty verdicts in so-called “political” trials by means of legislation will simply not work.

Jurors are, in my experience, equally scrupulous in reaching the right verdict. They are also likely to be swayed by other factors over and above the facts of the case, such as the social standing and/or possible poverty of the defendant. They make moral and/or political decisions on whether a defendant, even if he or she has carried out the acts they are accused of, should be found guilty. This seems to have happened in the Colston case, though again this is speculation.

This is human nature. Justice would seem to require a weighing of the facts, and of those other factors. In my view, on a subject as divisive as the toppling of statues of historical figures whose actions we today disapprove of, it is unlikely a jury would reach a guilty verdict. It generally only requires three abstainers, refusing to convict, to result in a hung jury and no verdict.

If you take 12 randomly selected people, at least three, in my view, would refuse to convict in such cases, a political decision but one they are entitled to make. The decision on whether to go for a retrial is down to the Crown Prosecution Service (CPS). The rules would suggest a retrial would require “significant public interest factors”. In the real world the CPS probably wouldn’t bother, for a minor act of public damage.

I find the above rather reassuring. The jury system, as I have seen it operate over more than four decades, represents a significant counter-balance to the actions of an over-powerful state. The quality of jurors, and the effort they put into their deliberations, has in my experience improved over that period. Long may it continue.

Postscript: Since writing this I have been reminded of two things. One, a “political” decision such as Colston, if such it be, does not set a precedent. Each case would be judged on its merits, which is as it should be.

Two, The Bloody Code is the term that is now given to the extreme form of punishments for a large number of crimes committed in the early part of the 19th century. Hungry children could be hanged or deported for the theft of a loaf of bread. It was largely abolished and the number of capital crimes reduced partly because juries were increasingly disinclined to convict when they felt the punishment for the crime was out of all proportion to its seriousness.

At university I studied Jurisprudence, the philosophy behind the law. This pretty much changed my life, in that it made me begin to ask questions that had never before occurred to me.

One thing I learnt is that there is a lag between social change and that change being embodied in legislation. Two examples: drink driving, in my youth, was the norm. People began to become aware that deaths on the roads were being caused by drunk drivers, and that this was unacceptable. The consequence was the 1966 Road Safety Bill.

Two, homosexuality. Social attitudes towards this changed, and it was seen as unacceptable for gay people to be prosecuted and locked up. The consequence was the Sexual Offences Act 1967.

The conclusion is that legislation driving social change can be spurred by changing social attitudes, and this, in the case of The Bloody Code, can be in part driven by jurors refusing to accept the law as it is set down by Parliament.

It works the other way around, though. Negative social changes, as some would see them, people moving towards more extreme, illiberal views, can drive harsh, illiberal legislation. This is subjective, in that different people may have different views on what is harsh and illiberal. But the danger is that an authoritarian government may use those changing social views as a way of overturning those checks and balances that protect our basic freedoms.

Like undermining jury trials… which is where we came in, I think.