One man’s eyesore is wildlife’s garden of Eden

Two mega-prisons are proposed for an Essex beauty spot - but local residents are fighting back. 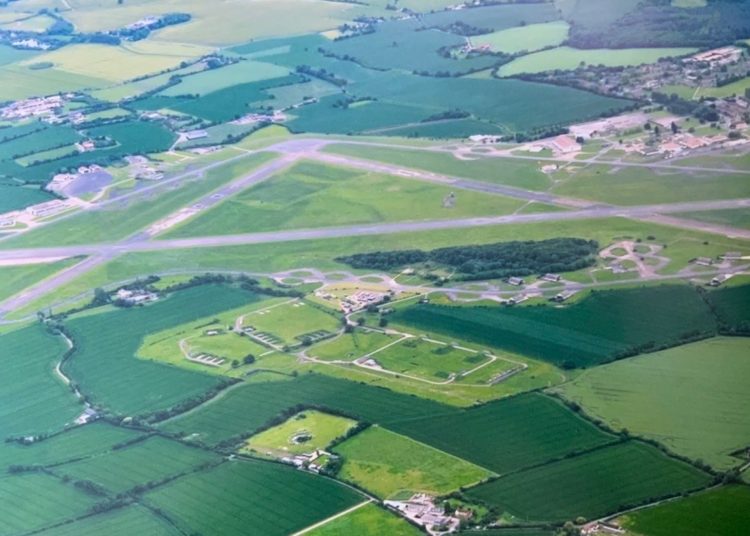 In 2016, Braintree District Council leader Graham Butland, speaking to the Dunmow Broadcast, described Wethersfield Airfield as an “eyesore”. “Something needs to be done!”, he went on to pronounce. This was just a month after his council had submitted a form to the Ministry of Justice with details about the suitability of the site for a prison.

The form had asked for sites with ‘No clear impediments to achieving planning permission for a prison’.

If the council had taken the trouble to talk to parish councils, the Wethersfield Museum, local wildlife experts and local artists, it would have found quite a list of planning impediments.

A rich culture, history and habitat

It would have been made aware that the landscapes around the airfield were painted by Ravilious and the Great Bardfield artists. Ravilious lived, at one point, in a house with a view towards the hill on which the airfield now sits.

The council would have been told about the airfield’s extraordinary history. There are remains of a Norman farmhouse, there is the only remaining Cold War ‘Victor Alert’ station in Europe, and a possible Roman road.

If the council had checked the site against its own local plan or against national planning policy, it would have found further impediments to achieving planning for a prison (or two).

Those include conflict with local and national policy. The prisons proposed will be in open countryside where there is no infrastructure. The roads are narrow and pass through the historic villages of Finchingfield, Wethersfield and Sible Hedingham. Locals are understandably concerned about the construction traffic and traffic when the prison is up and running. The prison buildings themselves will be up to 17 metres high, and therefore visible from a great distance, day and night, in this beautiful rural area – with its dark night skies.

Rewilding and protecting the airfield

The site had been deemed unsuitable for housing not long before, on transport grounds. The two proposed prisons, which will house 3500 inmates, plus staff, are new settlements in their own right. It’s mystifying why the council feels that this is suitable when housing, rightly, was rejected.

Far from being an “eyesore”, the airfield is an oasis and a haven for wildlife. There is an ancient woodland, Park Wood, much of which was cut down to create the runway, and could be restored.  There are rare grasses surrounding the runways and even thriving in the cracks between the concrete. 75,000 trees and shrubs were planted in the Jubilee Wood, the only one in Essex. And much of the site has been rewilded as scrub. There is a multitude of protected birds, invertebrates and rare plants.

Understandably, given the heritage and ecology of the airfield, locals wish to see it protected.

Residents have a host of ideas for how the site could bring jobs and tourism. Local people have expressed interest in wildlife walks, a visitor centre, cycle trails and horse riding, a training centre for people working with nature, among others.

Excitingly, already  two ‘rewilding’ buyers have expressed an interest in purchasing the airfield. Sadly, though, the Ministry of Defence will not enter into discussions while the prisons are ‘in play’.

The result of the misleading form sent to the Ministry of Justice (MoJ) by Braintree District Council in 2016 is that taxpayers’ money has been wasted by the MoJ on its preparation for a planning application, expected any time from February. On top of the money going on the application itself, local residents are having to fundraise to pay for experts to represent them.

Braintree’s leader is right. Something must be done. The council must write to the Ministry of Justice and state that, following further investigation, they believe that the form they filled in was not accurate, and that a planning application will not be welcomed. That would enable the Ministry of Justice to enter talks with buyers who wish to rewild and protect the airfield.

Rosie Pearson is the founder of Better Braintree – Together