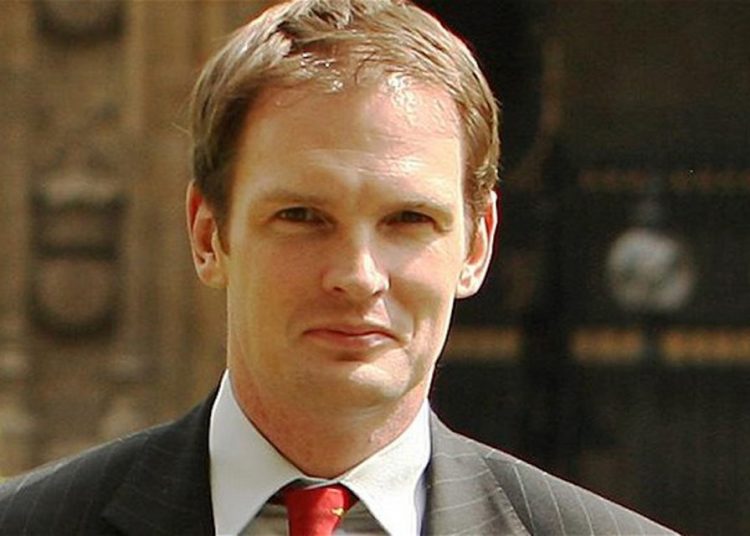 We begin with a tiny whisper of good news for all those who fret over the possibility of a progressive alliance. Recently Pecksniff wrote about a forthcoming council by election in Thurston, a ward in Mid Suffolk. It was held by the Greens, whose councillor had left the district. Pecksniff wondered whether this might tell us something about the prospects of an alliance between the progressive parties in the run-up to the next general election. The Greens were desperate to hold on to the seat. Could Labour and the Liberal Democrats tactically set aside their own short-term interests in favour of keeping the seat from the Tories? Mid Suffolk council is precariously balanced between the parties, with the Tory chair holding the casting vote, so this election result would be significant.

Well, in the very week in which it was revealed (£) that Keir Starmer and Ed Davey seem to have come to some sort of informal arrangement between Labour and the Liberal Democrats, little Thurston has proved an informal progressive alliance can be achieved. As far as Pecksniff is told there were no conversations between the opposition parties. But nevertheless, though Labour and the Liberal Democrats were both determined to field candidates, both candidates happened to be unknowns to all but their own mothers, they did no canvassing or leafleting, and were as quiet as little mice.

The electorate took the hint. The Greens retained the seat with 845 votes, the Tories were a poor second with 399, half their previous figure, and the Liberal Democrats were third. But most important, they won only 37 votes, and Labour only returned 32. But never were two parties so pleased at getting such a meagre vote. Pecksniff is told the only party looking glum at the count were the Tories; the Greens were predictably delighted, and they and Labour and the Liberal Democrats seemed almost in a party mood.

It does seem that Dan Poulter (Conservative, Central Suffolk) is finally deciding on which side his brioche is buttered. He has written (£) a piece for the Daily Telegraph, ostensibly concerned with the Police, Crime, Sentencing and Courts Bill and its intention to ban many forms of protests. Dr Dan is not having it, and appeals to the Telegraph’s readers to see how badly this could play for the Tories.

However, the article is actually a vehicle for taking the fight personally to Johnson and his hypocrisies.

“Like many of you, the last month of allegations (£) about rule-breaking in Downing Street has troubled me,” Poulter writes. “As an NHS doctor who worked (£) on the pandemic frontline, and experienced the distress of watching so many prematurely lose their lives, I too was enraged when it emerged that the rules were not being followed by those setting them.

“The British public expect integrity in high office, and they have been let down. It is unacceptable, people are understandably angry and many are losing faith (£) in our Government as a result.”

Poulter was always likely to realise his party is fast running out of road. Of all East Anglia’s Tory MPs, Pecksniff can think of only one other – fellow Suffolk man, Waveney‘s Peter Aldous – who has joined him in his thankless stance. Though if readers have any inklings of more who might, it would be fascinating to hear of them.

Matt Hancock is still on manoeuvres, popping up around his constituency of West Suffolk when it suits him to do so, primarily to try to give the impression that the tenantry are devoted to him. He will be pleased this week because the Good Law Project, which has given him and all the other dubious characters in the PPE scandal such a hard time, failed in court on this occasion over a point of law. Mr Hancock sounds gleeful and sees his opportunity.

“The public should note that the Good Law Project’s claims are frequently untrue, and should not be reported as fact, if at all,” he declares.

So it seems that, if Mr Hancock has his way, cases won in court should not qualify as facts; and court judgments – which after all represent the law – should be hushed up. As Mandy Rice-Davies would presumably have remarked: “He would say that, wouldn’t he?”

There is an understandable hoo-ha in North West Cambridgeshire over why the village of Stilton should be refused the right to produce the cheese that bears its name. The local Tory MP is Sheilesh Vara, who saw an easy hit here. Back in 2020 he thought he could play the part of local cheese champion for his voters, whilst hammering the EU for its ‘protected designation of origin’ rules.

But sadly this was not the case.

It seems that when the EU rules were introduced, they clearly stated they were not designed to replace trademarks already in existence. And indeed there were existing trademarks. In 1966 the High Court granted the trademark for Stilton cheese to the three counties of Leicestershire, Nottinghamshire and Derbyshire. It did so with the clear understanding that the village of Stilton would be permanently excluded from applying for certification by the Stilton Cheesemakers’ Association to make cheese and call it Stilton.

Only afterwards was it discovered that the cheese had begun being made in Stilton in 1730. Now everybody knows that any food originating from somewhere as inhospitable as the Midlands is either going to be a particularly rancid type of offal, or deep fried, or stewed for several days or served in a newspaper [not everyone shares this view – Ed.]. But since the SCA is presumably made up of existing Midlands cheese makers, it is possible to see why they would not want some carpetbagger from somewhere called Stilton, barging in and claiming its right also to make cheese called, er, Stilton.

So readers will understand Mr Vara’s plight. Instead of taking back control, our leaving the EU seems to mean the good people of Stilton have lost any remaining possibility of making the cheese named after their own village. But they are not giving up the fight, as they are keen to impress upon your correspondent.

Far be it for Pecksniff, from the Xanadu-like eyrie of Bylines Towers, to give them advice. But one can assume that Mr Vara would be keen to keep his seat. One day soon he will have to face his electors, and perhaps now would be a good time to begin discussions with friends, neighbours and perhaps cheesemakers, about organising to ensure he is given the bum’s rush.

James Cleverly MP (Conservative, Braintree) is a man who is always rather pleased with himself at having got as far as he has. Outside observers share his surprise, if not his pleasure. But undaunted, our man enjoys the opportunity to show how important he has become. Only two weeks ago he was boasting about being in Brussels – How important is that? – and now it seems he was about to address the UN Security Council, though it is unclear on quite what. Can it be an explanation of how he has managed to claim £71,000 in MP’s expenses for his own rental payments, while letting out another home?

Whatever his excuse for being at the UN, Mr Cleverly has taken the opportunity during his visit to be photographed in the chamber. Unfortunately, the snap does not perhaps give quite the aura of power he intended. Quite apart from that heavy stubble which always looks as though he has had a heavy night, here he sits alone and apparently abandoned, Billy No-Mates, while a woman attendant in the background is in two minds as to whether to escort him off the premises.

But the explanation of the picture is simple. The chamber is a busy place when sitting, and genuinely important people are unlikely to welcome posing arrivistes and their official photographers cluttering up the place. Among the world’s political elite, this kind of posturing is likely to go down very badly. So Mr Cleverly has sneaked in early for his snap to impress the folks back home.

The good people of Southwold have voted overwhelmingly in referendum effectively to curtail the number of second homes and holiday-lets in the town. More power to them. Both Pecksniff and East Anglian Bylines wholly support activism which will allow local people to control their own lives. Even so, there is sometimes a tendency to grumble about incomers whilst overlooking the fact that a town – not necessarily Southwold – might be almost wholly dependent on them for its economy. So local people may not want a throng of incomers, though it is undeniably the case that visitors do rather add significantly to the local economy.

There is no doubt that the town has been exploited and continues to be exploited by some outsiders with no particular fond feelings for it. But those who visit for a week’s holiday do so in goodwill and with only the best wishes towards such a lovely destination.

In a proper grown-up democracy with power properly in the hands of the people, it should not be too difficult to reconcile those interests which may apparently conflict but which, in the end, all want the best for the town. But while we endure a top-down system which overrides the wishes of the people, instead of a bottom-up arrangements which truly represents them, too often all we are left with is a blunt instrument, like the Southwold referendum.

In these circumstances, the people have voted as they must. The juggernaut must be stopped one way or another.

There is a ruckus in Downham Market, local fiefdom of Liz Truss. Eight town councillors have resigned, citing “misogynistic, racist and homophobic abuse” and constant bullying. The bone of contention is supposedly how to run the town’s market, and the focus of the anger is Councillor Doug Lawson.

Deputy mayor Jackie Westrop is among those resigning. She told the Lynn News: “In the last two years this council has lost 16 excellent and dedicated councillors due to bullying. I do not take this decision lightly, however the last two years have been mired with fake accusations against the clerk by members of this council.

“This has been done by social media, email and direct messaging. The majority of the people who have resigned have been women, and Liz Truss our MP and equalities minister seems to support an approach that does not support the role of women in government.

“I did not become a councillor to be spat on or abused on social media.” 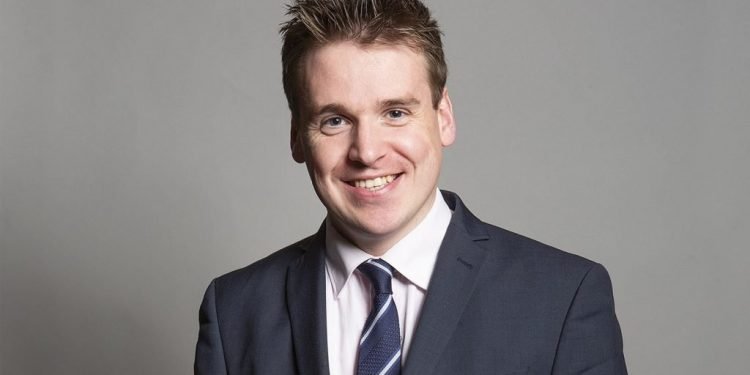