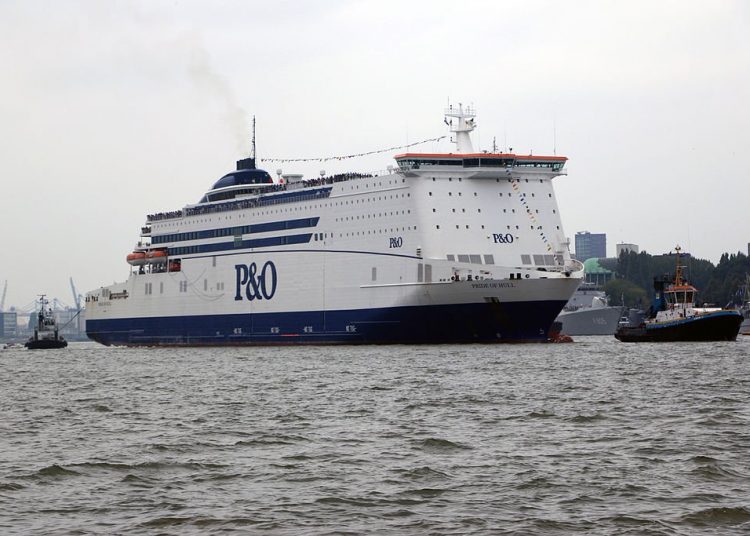 It’s that time to hide under the Chippendale again, a review of the embarrassments committed on us all by our local MPs in government. First, James Cleverly (Braintree) who assured the House of Commons that, as they go into battle, Ukrainian soldiers shout “God save the Queen!”

Nadine Dorries (Conservative, Mid Beds) baffled her audience at a meeting with Microsoft this week, as culture secretary, when she demanded: “When are you going to get rid of algorithms?”. Her advisers admit that she has “little grasp of detail”. She continues to give the impression that owning a telly is the only qualification necessary for the job.

In a leaked message in a Tory MPs’ Whatsapp group, Priti Patel (Witham) seems to show that whatever the near universal condemnation of her stance on Ukrainian refugees, she still holds a much more important priority close to her bosom. She says:

“Thanks to Boris’ majority, the work of this Government is so extensive, we continue to bring forward some of the biggest reforms in decades to Level Up – to the NHS, asylum system, housing and more.

“Now is the time to put our shoulders to the wheel and back Boris to deliver on the people’s priorities.”

The slavish adoration of her glorious leader and the cringe-making level of the cliches shows she is aiming at the hearts and minds of her backbenchers – always supposing they possess those organs. It can only mean she still wants to be prime minister.

There is sometimes speculation as to why the child of immigrants should apparently despise other immigrants and prevent them coming here. George Mikes might have the answer in his book ‘How to be an Alien’. He points out that immigrants to the US so cherished their new status as Americans they measured themselves positively against any who had arrived after them. This competition to be more American than the others even went so far as for immigrants to differentiate disparagingly those who had arrived by the same ship but disembarked down the gangplank after them.

Some time ago my colleague Peter Thurlow had a national exclusive in revealing that hundreds of millions of pounds-worth of unused or unusable PPE was stored across Suffolk in 10,000 shipping containers. The embarrassment this caused the government was the cause of popping several bottles of the widow’s finest at East Anglia Bylines, but of course all those containers had to be shifted some time.

So it transpires from evidence to the select committee that the government is burning £8.7 billion worth of unusable medical equipment, 576 lorryloads of 5.5 billion pieces of worthless equipment. Only, naturally, it wasn’t a minister who made the admission to MPs. That task was delegated to their civil servants.

Jonathan Marron, the Department of Health and Social Care’s director general of office for health improvement and disparities, told MPs the government would appoint “lead waste partners” who would co-ordinate the burning. It has not yet been revealed which Tory party donors have been granted the contracts.

P&O Ferries have callously and perhaps illegally sacked their British staff to replace them with cheaper labour from overseas. One who shares a frequent pint of Old Unprintable with Pecksniff at the Muckrakers is well acquainted with the ways of employers in shipping, having been a big wheel (or possibly paddle) himself in that industry. His view is that the company will get away with it and know they will get away with it, because riding roughshod over staff and then chucking them a few quid to keep the wolf from the door for a few months is already factored in.

But in October last year, the government voted down the Employment and Trade Union Rights (Dismissal and Re-engagement) Bill, which would have prevented this brutality taking place. They did so having been warned of the possible consequences, and so in full knowledge that their constituents could be thrown out of their jobs at a moment’s notice. But it wasn’t important enough to persuade a single Tory MP in our region to vote against their government. Several didn’t vote, either because they chose to sit on the fence or were in the pub.

‘Traitors’ seems a word much bandied about at the moment, but surely fits those who would so callously permit this to happen. Here is the full list of those who effectively voted for the monstrous treatment P&O visited on their staff last week:

Pecksniff has mentioned more than once the £48,000 trousered by Brandon Lewis, Tory MP for Great Yarmouth. The usually excellent Joel Adams quizzed him on the whys and wherefores of the moolah on behalf of the Eastern Daily Press, but with no success. But one clue may help our understanding of the transactions. Much of the money was given to Mr Lewis by Russians while he was chair of the Conservative Party. In other words, when he was in a position to oil the wheels for those many other donations which were also sent to his fellow Tory MPs.

Mr Lewis was elected shortly after the MPs’ expenses scandal, on a pledge of absolute transparency. It is instructive to note that this pledge has since been removed from his website.

Recently, Pecksniff had occasion to report on the brouhaha concerning a certain Councillor Shayne Pooley of Ipswich, representing the unfortunate voters of Gainsborough Ward. He is believed to be a protégé of Tory MP Tom Hunt, who is said to have personally recruited him from his previous party, UKIP.

At the outbreak of Russia’s bloody invasion of Ukraine, Councillor Pooley tweeted excitedly:

“Stage one completed, now for the rest to escape the clutches of the Globalists and NATO, Putin just wants to give the people of Ukraine independence, it’s what they want. The media are nothing but blatant liars.”

More embarrassment then, this time for Ipswich Conservatives, who decided to throw a tarpaulin over Councillor Pooley and hope nobody had noticed his outburst. Measures would be taken against him, they said, and indeed they have been. For egging on a war criminal to slaughter thousands more innocent civilians in a neighbouring country, the Tories decided that an appropriate penalty should be suspension from the party … for three months.

With all the delicacy which political opponents will recognise, Tory group leader Councillor Ian Fisher declared that:

“I have spoken with Councillor Pooley who suggested that he would like to do some work within the community, possibly with refugees, which I will help organise.”

The idea that a man with UKIP views would be just the choice for the sensitive handling of refugees is interesting, but chimes well with Councillor Fisher’s view of the world. He has been accused by two Ipswich Town footballers of racism over his response to the Black Lives Matter movement, and sent a jeering tweet to an Ipswich councillor demanding:

“Why don’t you tell us why you constantly let drivers break the rules outside the Bond Street mosque, or the foreign owned shops on Norwich Road?”

Anglian Water seem to be copying the region’s MPs in ignoring correspondence that might cause them embarrassment. Pecksniff hears of several attempts to quiz the company on its record of dumping raw sewage in our rivers, to no avail. But the protestors are still there, and instead of getting fed up at the company’s failure to engage with their concerns, they seem to be getting more angry.

The formidable John Elworthy at the Ely Standard points out an embarrassing cashflow incident at the Cambridge and Peterborough Combined Authority. It seems the council loaned £24.4 million to its trading arm in order to refurbish 92 former MOD houses in Ely. Now, repayment by the target date of March next year is said to be “at risk”.

So yet another local authority who it appears are not quite the financial wizards they thought themselves. It is reported that there has been concern over the loans for some time, so it is likely that the Combined Authority may feature again before long. And for more than one reason…

Special thanks to Richard Parr, for the research he passed on to Pecksniff.