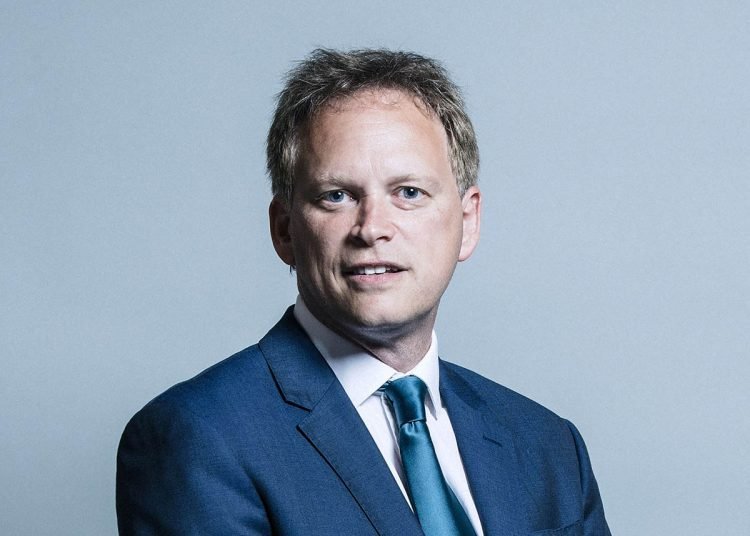 Only five cabinet ministers were prepared to assure the Independent that they do not nor ever have had non-dom status for tax purposes. East Anglia has a number of cabinet ministers, and only one was among those five: Grant Shapps, MP for Welwyn Hatfield and transport secretary. So what are we to make of those who were not prepared to reassure us they had never tried to dodge paying their taxes? A simple grudging reluctance to be transparent about their affairs, or guilt that they did indeed try to avoid paying tax?

Constituents of those cabinet ministers might therefore care to ask them. They are:

Pecksniff is not a drinking man, never let it be said. An habitué of licensed premises, true, but mainly for the bon mots. (*cough* -Ed.) Yet several of the usual suspects appearing in this column might tempt the most abstinent of men to alcoholic excess, and none more so than the astonishingly dim Tom Hunt, Tory MP for Ipswich, who believes Rwanda is in Europe.

And on that same subject of ‘processing’ refugees in the safe and sunny climes of European Rwanda – I wonder if they are in the EU, by the way? – Mr Hunt says this of the plan:

“Opens up a clear dividing line between politicians who truly want us to control our borders and those who don’t.”

It also opens up a clear dividing line between those politicians who want to follow international law and those who want to break it.

On Rwanda and refugees, that smug recipient of Russian roubles and refusenik on admitting to his tax arrangements, Brandon Lewis MP (Great Yarmouth), shows his usual sensitivity. (This week he described the Partygate fine handed to the Prime Minister as no more serious than a parking ticket.) But here, it seems he is on the side of the refugees. He tells his local paper, the Eastern Daily Press, that sending them to Rwanda is “the humanitarian thing to do”.

This preoccupation with Tom Hunt and his cabal is loathsome, but it has to be done. One of them is Councillor Sam Murray on Ipswich Borough Council. Like Mr Hunt, she takes umbrage with the church over the plan to send refugees to Rwanda. She clearly thinks of herself as a Christian, but objects to the Archbishop of Canterbury “speaking as if it’s the opinion of God and not his own”.

Yet what the archbishop said was exactly the same as that expressed by the Pope. Councillor Murray may not be of the Roman Catholic persuasion, but even she must know that, for a believer, what the Pope says is in fact literally the word of God.

They must put something in the Tories’ beer in Ipswich. What are they like? A colleague of Ms Murray on Ipswich Borough Council is Councillor Nadia Cenci, of whom Pecksniff has written before. Her latest outburst is an accusation with no evidence that Keir Starmer, driving whilst drunk, knocked over a cyclist.

Imagine the astonishing stupidity of such reckless allegations when Starmer has clear grounds for taking legal action against her. Ms Cenci is up for re-election next month, and it is understood that her seat representing Stoke Park is under pressure from Labour. Nobody from Labour has crowed about taking it from her, but one wonders just how much the good people of Stoke Park can tolerate.

Yes, it’s true. However grisly the prospect, you knew it was going to happen. Matt Hancock has written a book on his part in the great pandemic. This mock-up is not the finished article, but serves to warn that it will shortly be with book shops near you.

This is not so much a diary entry as a trawl through the vaults, but it features one of our ever-popular bogey men. George Freeman, MP for Mid Norfolk. Somebody with a grievance saw fit to bring up two issues. It seems that in January 2021 Mr Freeman took a paid consultancy job with a company wanting to provide protective equipment to the NHS during the pandemic. The advice was on how the company could become a registered PPE provider through the emergency channel set up by the Cabinet Office. This will be the same emergency channel which had access to the £38 billion the government spent on unused or useless PPE and which is presently being burnt.

Any reader who can unravel the conundrum of why Mr Freeman could possibly have wished to rush into becoming involved in such a scheme will find a clear and sparkling pint of Old Unprintable awaiting them on the bar at the Muckrakers.

The Advisory Committee on Business Appointments, which is supposed to regulate this stuff and is headed by former Tory cabinet minister Lord Pickles, declared: “Failure to seek and await advice in this case was a breach of the Government’s Rules and the requirement set out in the Ministerial Code.”

Readers may be sure that Mr Freeman’s voters would not be nearly so happy to put their cross next to his name if they knew about this. So you know what you must do.

But we are not finished with George Freeman yet. What else should we also find gathering dust in the archives but a story involving another popular name from the past: Jennifer Arcuri. Readers will remember her: the rather outre young American woman whose IT skills were so earnestly sought by our prime minister and who benefited from tens of thousands of taxpayers’ money for whatever dubious purposes the then mayor of London deemed it necessary.

It was to Mr Freeman that it seems Mr Johnson came, to arrange a discreet (i.e. hidden from public view) reception for Ms Arcuri’s firm on the House of Commons terrace, a privilege indeed, and this too paid for by the taxpayer at the behest of Mr Johnson. (These occasions can be splendid. Pecksniff has imbibed of hospitality there himself, spitting olive pips into the Thames, but not on the taxpayers’ wallet.)

Mr Freeman played a prominent role in Mr Johnson’s leadership team and is considered a close friend, though really close friends are usually worth billions. Whatever Mr Freeman’s expenses claims, he can’t claim that. So those close friends who don’t fit into that select group are expected to have some other purpose. They are the go-fors, the expendables, pleased to bask in the leader’s glow as long as it suits him.

Among the grotesques inhabiting the Tory benches in the Commons, perhaps one of the least offensive (but also most ineffectual) is Shailesh Vara (NW Cambs). He is not guilty of the kind of monstrosities displayed by so many of his colleagues, but that seems only through weakness. It is difficult to understand quite why Mr Vara thinks he’s there. He seems to stand for nothing at all. What on earth does he think of the face that stares at him through the mirror?  With this week’s TV apologia for Boris Johnson’s misdeeds, he confirms the assumption that he is morally vacuous and utterly worthless in any kind of public office.

Imagine the despair of his constituents, seeing him once more giving his vapid excuses for Boris Johnson, and knowing there is almost literally nothing the prime minister could do that would persuade Vara that the sun doesn’t shine out of his leader’s every orifice.”

Now let us look at two other MPs in our region who were so stern about the integrity of those involved in Partygate when they thought they could get away without implicating Boris Johnson. The indy100 has investigated.

Dan Poulter told The Guardian Johnson’s position “would be untenable” if the prime minister was found to have misled parliament or broken the law. Poulter is at the moment claiming exxies from the world and its sins because he’s down with a does of Covid.

Andrew Selous (SW Beds) said: “I want all of those, however senior, who have broken the law or government guidance to be appropriately punished”. Mr Selous has not been heard to utter a word on the subject, or any other, since the fines.

The truth is that East Anglia’s Tory MPs are running scared of their voters. They will do whatever it takes to avoid us. Whatever principles they might have told themselves they were in parliament to uphold, whatever promises they made to their voters, they are all forgotten. Johnson’s only goal is survival, and he has made his MPs his creatures. They know it, but can’t admit it even to themselves. So they live a miserable half-life, avoiding each other’s eyes, avoiding their constituents, knowing that Johnson is doomed and quite possibly them with him, yet incapable of any independent or principled thought.

Now this is fun. Somebody points out that the Tories have sent out a ‘survey’ with their mailing list, asking recipients if they support the scheme to deport asylum seekers on a one-way flight to Rwanda. This cunning plan is not what would be recognised as, shall we say, a legitimate attempt at gauging public opinion. Goebbels himself might even have blushed. But just in case, the Tories have another trick up their sleeve.

One recipient points out that, to the question: “Do you support illegal immigrants being relocated to Rwanda?”, he answered “No”. However, the “Yes” button lit up.

The always excellent John Elworthy seems to edit most of the newspapers in Cambridgeshire and is so close to the ground in his own patch he can actually hear the grass grow. This week he suggests it’s just possible that Fenland Council may become the only Conservative controlled local authority in the whole of Cambridgeshire.

A Tory councillor of Pecksniff’s acquaintance presented their card at the door this week, in a tizz: “It’s awful, the corruption! I don’t know what to say to them any more.”

Corruption may not be the correct word – at least one must hope not. Perhaps this dismayed councillor really meant incompetence. That would certainly be plausible. But all is clearly not well in the House of Tory.

My apologies go to readers who have been kind enough to dob in those who deserve a dobbing, but to write about them all would mean working until well into licensing hours. They may well appear next week. In the meantime, Pecksniff would like to offer thanks to Frank Stennett and Tomas Huntski for their promptings. 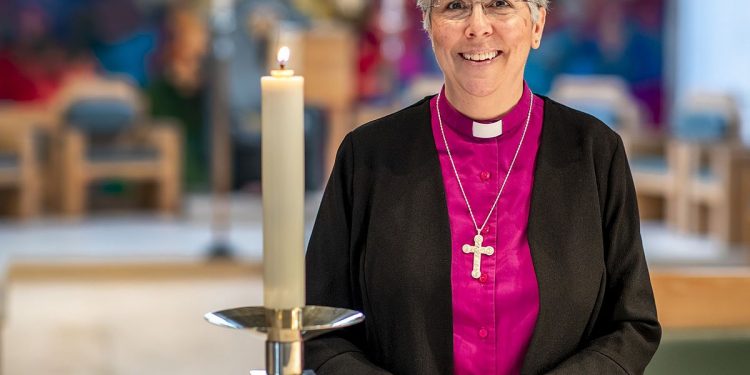