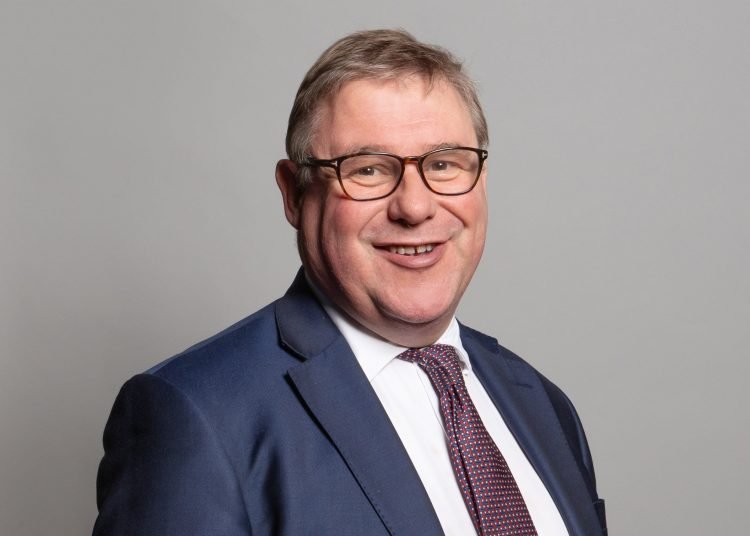 Pecksniff was hoping this week’s diary might be full of festive cheer, of port and plum pudding but, after all, it seems we are left with the turkeys.  Speaking of which, Liz Truss MP (Conservative, South West Norfolk) was no sooner lampooned in the diary than she now takes on Brexit responsibilities as well as being Foreign Secretary.  But a girl’s still gotta do… Rumours that in her recent visit to Madrid she bypassed all quarantine rules to go shopping with a Covid-positive staff member cannot be confirmed.  Until we see the pictures…

If there were any doubt that we are approaching the End Times, that doubt must surely be passed.  We look for strange and terrifying portents in the sky and, lo…!  We find some really quite serious rumours that Mark Francois (Conservative, Rayleigh and Wickford) is preparing a bid to become Tory leader and prime minister.

Even if this were as a stalking horse, it would surely prove to be the end of civilisation as we know it.  In any case, look what happened last time the Tories put up a risible candidate as a stalking horse: she won, and the country endured three parliaments of Margaret Thatcher.

A more leisured analysis of last week’s astonishing North Shropshire byelection result, this time by the Telegraph, identifies three Tories in East Anglian seats who would be susceptible to the Liberal Democrats: Bim Afolami (Hitchin and Harpenden), Anthony Browne (South Cambridgeshire) and Lucy Frazer (South East Cambidgeshire).  It is believed that the Liberal Democrats share those doubts as to whether Browne can hang on in South East Cambridgeshire.  It is one of their top target seats.  Browne is also the target of an independent political group, one of many springing up around the region, whose aim is to give him grief.

Earnest students of the political firmament may already have read of the latest misfortune to befall Nadine Dorries MP (Conservative, Mid Bedfordshire), in falling foul of obergruppenführer Steve Baker, leader of a Tory whatsapp group called Clean Global Brexit.  (The name is the giveaway as to the extent of its members’ delusions.  To call it Dirty Inward-Looking Brexit would be to encapsulate it exactly.)

But back to the hoo-ha.  Bizarrely, Baker kicked Dorries out for the heinous crime of supporting her Prime Minister.  This was going just too far for the rest of the group.  “Enough is enough!” declared Baker, going on to make clear that he, at least, is aware of the kind of catastrophe his party already faces without Tory MPs going round willy-nilly praising Johnson.

One MP who implicitly at least is prepared to criticize Johnson and is not from the wilder shores of Little England nationalism is Dan Poulter (Conservative, Central Suffolk).  On the matter of illicit Christmas parties, he said:

“While it is understandable that people sometimes do make mistakes about the Covid rules, a Christmas party would have been be a flagrant breach and, if it proves to be the case that a party took place, which was in breach of the Covid rules that were in place at that time, then it would be appropriate for the individuals concerned to resign their positions.”

Of all the Tory MPs across East Anglia, Poulter is one of only perhaps a couple who might be prepared to criticize Johnson outright, though he has yet to do so.  EAB would be happy to publish his views.

Pecksniff is indebted to the Eastern Daily Press for their interview with the rather curious Duncan Baker MP (Conservative, North Norfolk), who succeeded the popular and impeccably hard working LibDem MP Norman Lamb.  Mr Baker declares that the North Shropshire byelection, in which the Tories lost a 21,000 majority on a 34% swing was “not a surprise”.  That this is not a surprise will, we must assume, will come as quite the surprise to his fellow Tory MPs, few of whom can feel comfortable in their seats.

“I never take the job for granted, and day in and day out work for the good of my constituency in North Norfolk,” declares our super-psephologist.  The good of his constituency clearly involves supporting those of his sleazy colleagues with their snouts in the trough – he voted against sanctions for Owen Paterson – and also voting for the continued discharge of raw sewage into Norfolk’s rivers.

It would be informative to learn how many of his constituents would see their best interests in quite the way Mr Baker interprets them.  EAB will investigate…

Finally, we return to a tragedy highlighted by EAB some weeks ago, concerning the likely slaughter and incineration of 100,000 pigs because, following Brexit residence rules, many butchers of EU origin had returned home.  To try to counter the outrage, the government announced they were issuing 800 temporary visas to European butchers, presumably with their usual hubris assuming that 800 grateful butchers would be only too pleased to return to the UK for a few weeks.

But less than 50 did.  So to date, 30,000 pigs have been slaughtered and rendered.  And paradoxically, because of all these surplus and unbutchered pigs, we are being forced to buy pork from the EU.

This week one of the twitterati described East Anglia Bylines as “a shady network”.  It is difficult to describe the glee with which the usually sober men and women on the EAB editorial team greeted this accolade.  For most of us scribes, the most risqué event of the week would be to fall off our high stool or find unsalted butter in our lunchtime sandwiches [Speak for yourself, Pecksniff – I’m quite partial to unsalted butter! -Ed].  Shady indeed.  Since then, members of the editorial team have arrived in the news room in tinted glasses, upturned collars and ill-fitting black hats, and one or two have attempted false moustaches.  But perhaps Christmas will see them back to normal.  Meanwhile, over the festivities Pecksniff will continue to hold court at the corner of the bar in the Muckrakers Arms and would be happy to stand passing readers a small libation to see them on their way.

On the assumption that there are any, Mr Pecksniff wishes all our readers the most Merry Christmas.