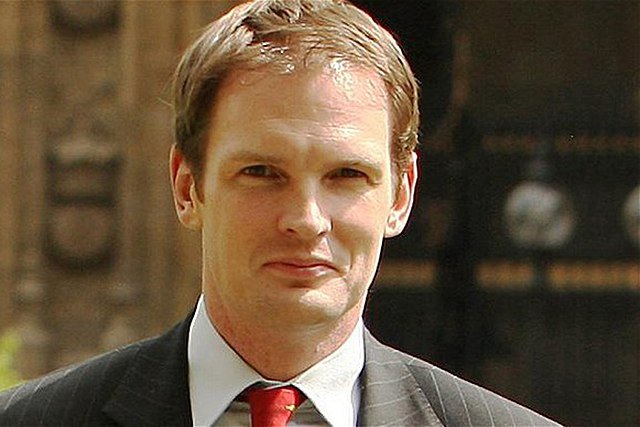 Pecksniff is indebted to his estimable colleague, the datameister Stephen McNair, for his admirable analysis of the recent voting records of East Anglia’s Tory MPs in ‘East of England Tories turn on Johnson’. It shows graphically the position of the region’s Tories on those issues which have caused a furore over the past few weeks.

So while we are handing out accolades, it would be churlish not to recognise the votes of those Tories who have most often turned against their government and voted with their consciences. Two are most noticeable, and they have been mentioned in this humble column before. Peter Aldous (Waveney) voted in favour of covid masks indoors, mandatory vaccinations for NHS staff and Covid passports. He also voted against the government’s mendacious social care bill, though he was quite prepared to vote against the continued universal credit uplift. He abstained on the Paterson sleaze vote.

Meanwhile the increasingly reckless Guardian-reading Dan Poulter (Central Suffolk) voted as Aldous did on Covid but abstained on universal credit and, like Aldous, also on Paterson’s sleaze. Mr McNair wonders whether a few of our MPs may be sharpening their knives against Johnson. Dan Poulter is of course a practising doctor and seems much too urbane to become involved in Westminster plotting. But in the matter of wielding knives, most of his parliamentary colleagues would be hard pressed to hit a bull’s backside with a shovel. Dr Poulter however no doubt wields a mean scalpel, and presumably knows how to use it.

Last week Pecksniff wrote briefly of Duncan Baker MP (Conservative, North Norfolk) and his voting record. At the risk of repetition, a more detailed perusal has borne more fruit. He claims that his every wish is to serve his constituency, and by happy circumstance it so happens that he has judged every act of the Conservative government to be on-the-button in the very best interests of his constituents. He has never ever voted against the whip.

Pump raw sewage into the rivers? Just what the doctor ordered. He was being bombarded by letters from voters demanding exactly this. Reduce universal credit by twenty quid a week? His poorer constituents were constantly pleading with him to make sure the money went instead to deserving Tory donors. Selling their houses to pay for social care? It’s exactly why they had bought them in the first place: a nest egg to pass over to the government when the time came. Whatever lunatic or self-serving idea Johnson conjures up to increase the country’s poverty, it turns out that the good people of North Norfolk were uppermost in his mind. In Mr Baker, North Norfolk seemingly got the man they wanted.

There are rumours that North Norfolk was not a key target seat for the Tories before the last election, and that Baker, a local man, was not highly rated by the party nationally. Had they expected to win there, Tory HQ would have parachuted in somebody they fancied more. They had been expecting to face the formidable Norman Lamb, and it was only later after Baker was chosen that Lamb decided to retire.

Baker has always been a fervent Brexit supporter and would have been happy with a no-deal exit. “We can make Great Britain great again,” he told the Eastern Daily Press. His father had earlier stood against Lamb for UKIP.

North Norfolk voted 60% in favour of leaving the EU, so as the new year breaks we must expect the bunting to be fluttering along Holt Market Place, in celebration of the next round of Brexit restrictions biting and the area being plunged into the even deeper poverty they apparently crave.

On the subject of Brexit, Pecksniff is told that an extra 30 customs officers are being employed at Felixstowe to deal with the surge in paperwork expected once the new restrictions bite after 1st January.

A hat-tip is due to John Elworthy, editor of the Cambridge Times and Standard series, for his grasp of backyard politics. He reports that, acting on third party reports, Cambridgeshire Police wrote to Councillor Samantha Hoy of Fenland District Council accusing her of being in the Angel pub in Wisbech during Christmas Eve 2020, with two colleagues, and in doing so breaking Tier 2 Covid restrictions. Mr Elworthy reports that, having scrutinised CCTV, the police issued her with a warning letter.

Ms Hoy is also a member of Cambridgeshire County Council and leader of Wisbech Town Council. She denies having ever been accused of breaking Covid restrictions, despite publication of a letter apparently from the police declaring that she had been. The letter goes on to say that, given there was a crowd of revellers similarly breaking restrictions but they couldn’t be identified, no further action would be taken against her.

But there are further curious aspects of this event. The landlord of the Angel is Aigars Balsevic, a former mayor of Wisbech. Fenland District Council temporarily stripped him of the right to run the pub following a licensing committee hearing into more than 20 breaches of Covid-19 regulations. And who should be a member of the council’s licensing committee which stripped him of his right to run the pub? None other than Councillor Samantha Hoy.

Curiouser and curiouser. But it seems there are further murky goings-on afoot involving other members of Fenland Council, and no doubt your correspondent will return to them shortly.

All of Pecksniff’s vast army of informers are selected on the basis of their shrewdness, their contacts and their grasp of how many beans make five, if not on their sobriety. But this week an intriguing new prospect arrived. Your correspondent was approached by a leading figure in local Tory politics, who declared: ‘I hate the Tories! The things I could tell you!’

How amusing, it seems we may have a Tory mole. Negotiations are already under way for a safe house, comfortably furnished and with a well-stocked cellar, though Control (or D as she is known) points out that it remains to be seen yet whether this ingenue into the black arts of political gossip is prepared to compromise their colleagues. But if there are indiscretions forthcoming, then the avid readers of Mr Pecksniff’s oeuvre will be the first to find themselves agog.