On National Poetry Day we kick off a week of daily poems focused on a county, beginning with Blake Morrison's poem "Covehithe" in Suffolk. 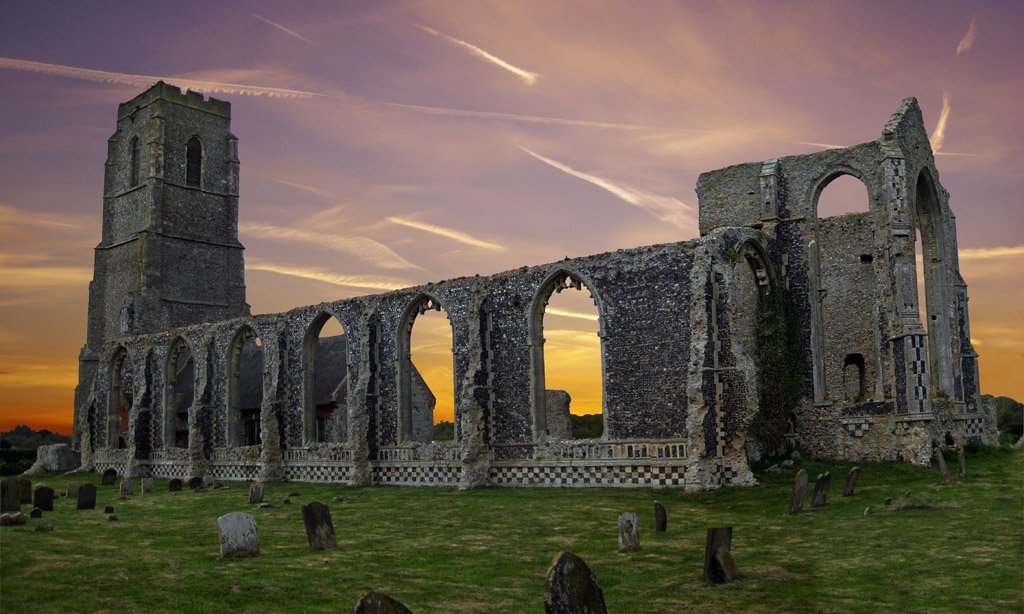 This is the first of a series of poems about East Anglia, which we are publishing to mark National Poetry Day today. The region has inspired many poets, especially in Norfolk and Suffolk. So very day for a week we are publishing one poem, covering between them all the centuries since the 16th, and all the counties of the region.

The first is  by Blake Morrison, visiting Professor of Literature at the University of Suffolk. It comes from his collection Shingle Street, set along the Suffolk coast, with poems addressing an eroding landscape, ‘abashed by the ocean’s passion’.

Covehithe was once a small town with its own dock (the “hithe”). It is the place on the East coast where coastal erosion is at its fastest. The church now stands 500 yards from the cliff, but it is expected to fall into the sea within this century.