Our fourth poem to mark National Poetry Day is a response to the great fire which devastated Norwich, "England's chief ornament" in 1507. 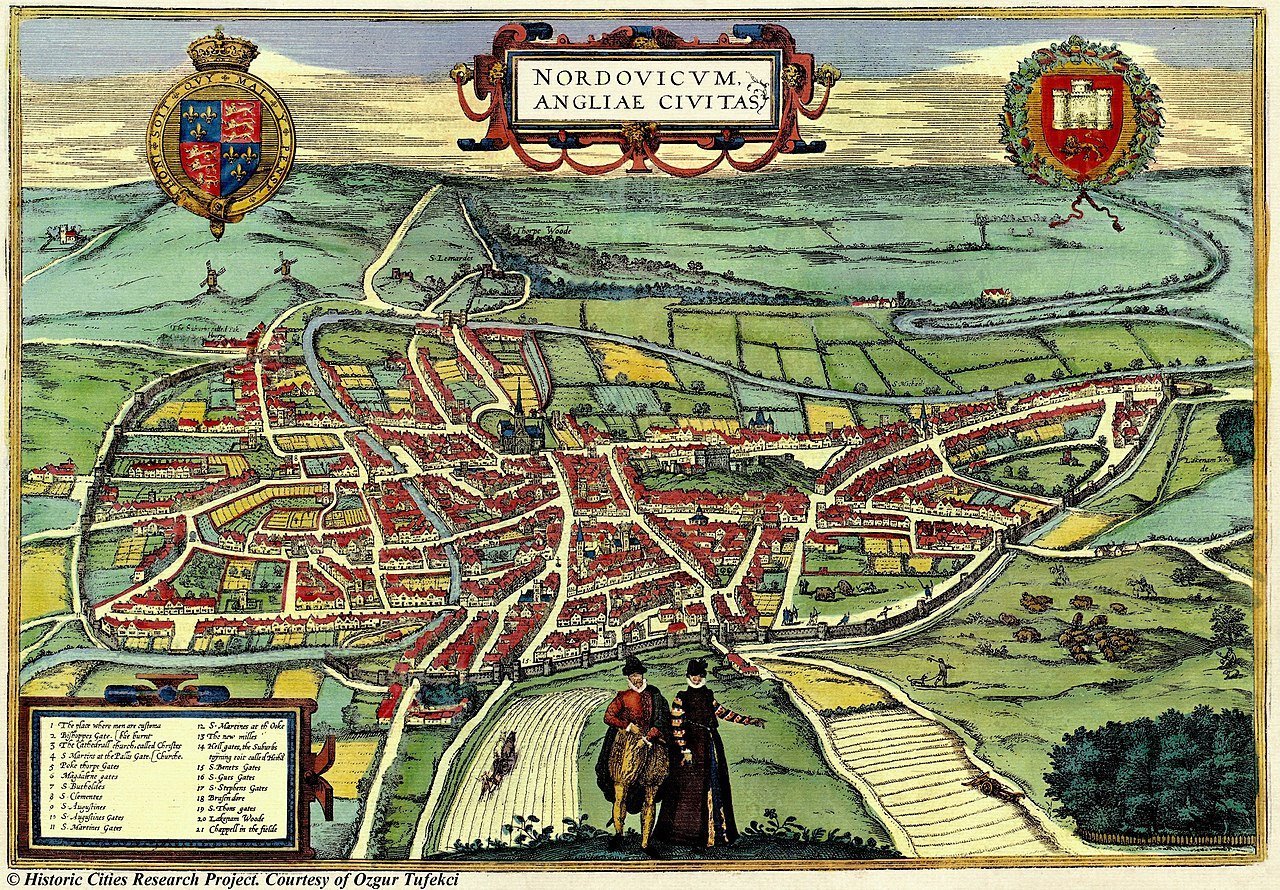 John Skelton was a clergyman born in Diss, where he was Rector for 30 years. He was tutor to Henry Tudor (who became Henry VIII). Later he was disciplined by the Bishop of Norwich for living with a woman as man and wife (which was illegal for clergymen) after he held up his baby in the pulpit and invited anyone to condemn him. He took sanctuary in Westminster Abbey, where he died. He wrote extensive poetry in English and Latin.

The 1507 fire started on Easter Tuesday and burnt for four days, destroying 718 buildings. As a result, very little of the medieval city remains, and the city decreed that all houses should be tiled, not thatched. The map shows Norwich after its restoration.

Now is the winter that our Brexit sent