The fifth poem in our series to mark National Poetry Day is a lament for the destruction by the sea of the Suffolk city of Dunwich. 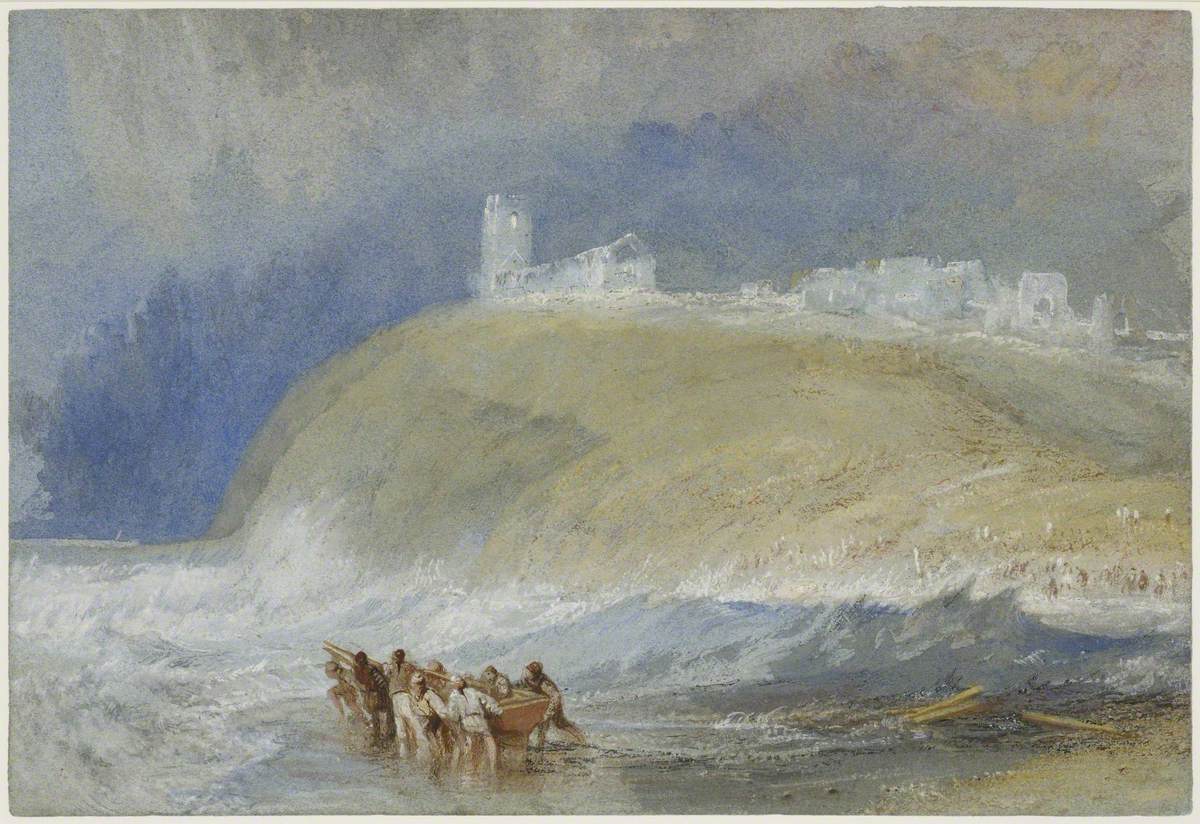 The author of this poem is Bernard Barton “The Quaker Poet” who spent most of his life as bank clerk in Woodbridge, Suffolk.

Dunwich in Suffolk was, in early medieval times, the sixth largest city in England, a major international port, and shipbuilding centre. The town had nine churches and two monastic sites. But in 1286, storms destroyed the harbour, and silting blocked the river. The town gradually decayed, and was swallowed by coastal erosion. It had already largely vanished in the mid 19th century when Barton wrote, and All Saints Church (pictured below in 1900) fell into the sea in the early 20th century. More details of the history can be found here.