A potential way out of the pandemic budget deficit is a wealth tax which doesn't disproportionately affect those on a low income. 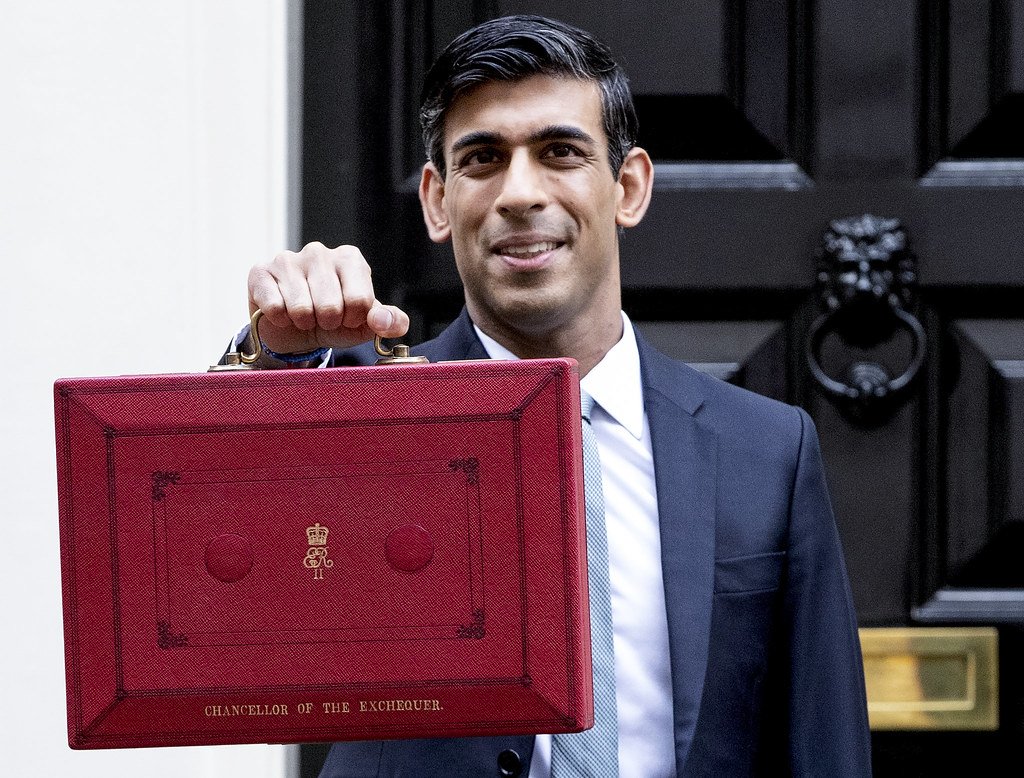 The UK Budget deficit for the 2020/2021 financial year stood at £303 billion, the highest level since the Second World War. The UK economy is effectively on a war footing. That war was, of course, followed by the 1945 Labour Government and massive social change.

The sick would be treated for nothing. The Welfare State would look after the poor. And the rich, as in the owners of the coal, steel and other industries, saw their assets nationalised and their wealth diminished. A wealth tax, in all but name.

Covid-19 could herald a similar shake-up. Someone is going to have to pay to repair the economy and get that deficit into more comfortable territory. And things from now on are going to be different, if only we knew how.

The options are already being canvassed. National Insurance could go up – but this is a regressive tax in that it hits the poorer rather more than the rich because of the weird way it is structured.

A higher rate of corporation tax would only see the cost passed on to consumers, in that businesses would protect their margins by raising prices. Anything produced would become dearer, at the end of the supply chain.

Another suggestion is a rise in sales taxes, possibly by jacking up VAT. This would also be regressive – it would obviously hit buyers of Lamborghinis and luxury yachts, but it would also affect disproportionately those who must perforce buy more stuff, such as families on low incomes who need more food and clothing than the rest of us.

We are left with some sort of wealth tax. The Wealth Tax Commission, an ad hoc group of academics, reported on this at the end of last year. Their findings were widely misreported. They did not actually call for a tax or set guidelines on how it should be levied.

They did set out various options. The most attractive, to me, would be a levy on any assets owned by an individual and household over a level of £500,000, mainly property and pensions. It would work like this. A couple living in a house worth £1 million, with other assets of £250,000, would be assessed for tax only on those assets. The couple would each have an allowance of £500,000, which takes out the value of their house.

Not too onerous. But what of a couple in that £1 million house with pensions actual or potential valued at £500,000 each? That is not a massive expectation, especially if they had been in well-paid professional employment for some years. They need to find £50,000 in all, though.

The other problem with a wealth tax is those people who are asset rich and cash poor. A widow living in a £1 million house with a pension pot worth £500,000 has to pay tax on £1 million. That is £50,000 over the five years. She may only have limited means – £500,000 as a pension pot does not pay out that much. She can hardly borrow it, on such a low income.

Except she can, and here’s how. There is a form of loan called equity release. City institutions such as the Prudential and Legal & General, say, love this. We will see just why later. The borrower allows the lender to take out a charge against their property, if they own it or have sufficient equity in it.

The loan attaches to the property and the interest on it rolls up into a single sum. When the borrower dies, moves house or goes into a care home, the loan and accrued interest is repaid.

Most personal finance experts do not like equity release because it is generally the last resort of the desperate, retired people with property but not enough to live on, and the interest rates charged reflect that.

Here’s the wrinkle. To fund those wealth tax payments, you set up a Government department, probably attached to the Treasury. Call it the Office of Equity Release.

The Wealth Tax Commission calculated that a wealth tax for assets above £500,000 per person, set at that 5 per cent level over five years, would raise £260 billion. That is a large chunk of that Budget deficit.

It would affect eight million taxpayers, the top 17 per cent of UK adults by wealth. It would affect the East of England disproportionately. A study in 2020 for the Resolution Foundation, a charitable body which looks at poverty and wealth issues, found the area is third only to London and the South East in the numbers of wealthy families living there. A lot are retired, and a lot will be asset rich and cash poor, especially in prosperous towns such as Woodbridge, in Suffolk, where I live.

The Office of Equity Release would require those City institutions to bid in, in a competitive tender process, what interest rates they are prepared to lend at. This is the real point; the bids will be taken up at their lowest rate, and those institutions who got greedy and charged, say, 10 per cent, would lose out.

Those that bid in accepting a 2 or 3 per cent return, and this is attractive for reasons I will again later explain, would get the business.

If you are required to pay the tax, you have various options. Pay it over five years out of normal cash flow. Put it on the mortgage as a one-off impost. Or, if you are asset rich and cash poor, take out Government-arranged equity release.

The last is terribly easy these days. All the information is available online. There are some provisos. There needs to be rigorous prevention of tax avoidance by the very rich – the Wealth Tax Commission suggests the value of the assets and the resulting tax should be assessed before the tax is announced, to prevent any assets being shipped abroad. Though this process is not as easy as it seems – have you ever tried to ship a £10 million mansion in Belgravia to the Turks and Caicos Islands?

Yet it should apply, without exception, to all residents of the UK including so-called “non-doms”, rich people who live in the UK but are not deemed to be domiciled here for tax purposes. Avoidance of the tax should be a strict liability criminal offence, one for which there is no defence. With a pretty hefty jail sentence attached

(Actually, any form of tax avoidance should be treated in the same way, in my view. Any attempt not to pay the full tax rate by the very rich should be criminalised. The whole corrupt infrastructure of tax avoidance by those greedy rich, with the connivance of highly paid accountants and lawyers, would be swept away overnight. Then time to look at money-laundering by criminals from overseas, as facilitated by the City, again leading to the debauchment of large stretches of our financial services industry in the service of some of the worst people on the planet… Probably the subject for another column, though.)

A wealth tax, as I have suggested here, comes with three huge advantages. One, it is inter-generationally fair. The people who pay it are not even those wealthy pensioners and others. It is paid by their offspring when they inherit, a chunk of their inheritance they will not see and should not miss. I would suggest that those inheriting from that generation lucky enough to have bought property in the 1950s, 1960s and beyond are already, statistically, likely to be better off than those brought up in a council house.

Second, it recycles some of the untold billions and billions that house owners have made over the past decades through rampant house price inflation. This is sitting around unused – one of the problems the UK economy has is that such an indescribably vast amount of cash is locked away in bricks and mortar, unavailable for investment.

Third, it creates an asset class for those City institutions that is hugely attractive. It pays a fixed and clear rate of return – there is an argument whether the rates of interest they are paid should be index-linked, to rise if inflation starts to get out of control. This would work. If inflation rises, and some of us see this as inevitable, house prices should logically rise as well, so it nets out to some extent.

Those institutions get that return, and they can calculate, by means of actuarial tables, when and at what rate those loans will crystallise and become repayable. A guaranteed return and an income stream that is easy to estimate on the loan book you are sitting on, over the next few decades, is pretty much the ideal investment for them. Even at low interest rates, they should take our arm off for it.

Those institutions look after our pensions. If some of that cash goes into an asset class that is, pun intended, safe as houses, our pensions are safer, much more so that if it is invested in uncertain stocks and shares or bonds the currently offer low rates of return.

All this would be wildly unpopular, as the prosperous middle classes see their inheritances “stolen”. It’s a win-win, though. There is really no downside that I can see. We all pay to repair the UK’s ravaged public finances. Except that in real terms nobody pays.