New figures have revealed that Suffolk and Norfolk have the highest primary school suspension rates in the country. 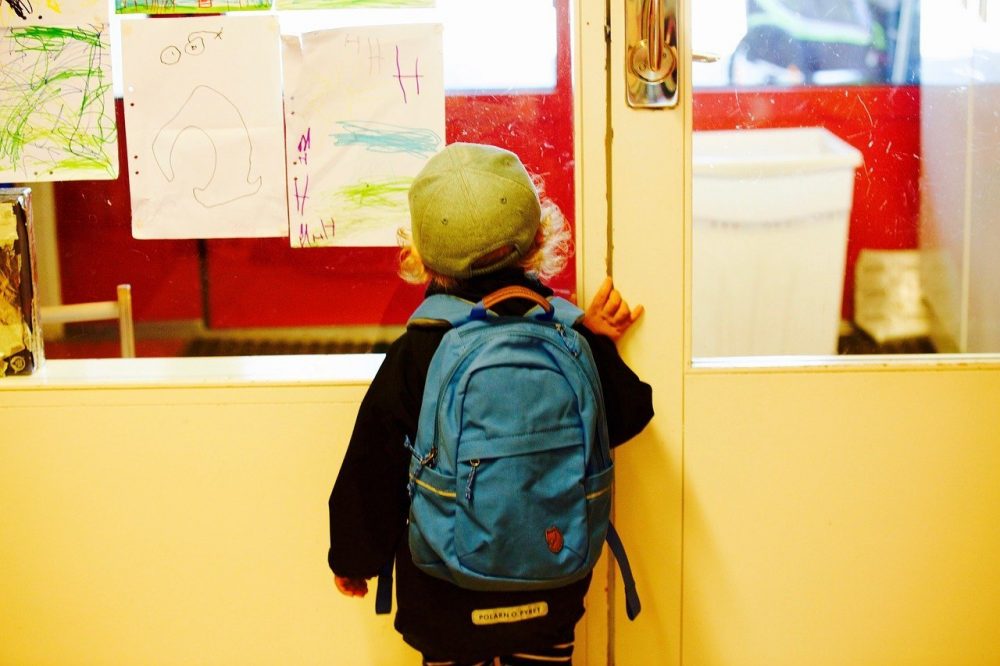 Image by Aurelie Luylier from Pixabay

New figures have revealed that Suffolk and Norfolk have the highest primary school suspension rates in England. Children with Special Education Needs and Disabilities (SEND) and from poorer backgrounds were found to have been hit hardest.

A ‘suspension’ is when a pupil is temporarily excluded from a school for a set period of time. Suspension rates – previously known as fixed-term exclusion rates – are the number of suspensions as a proportion of the overall school population. Permanent exclusion rates (referring to a pupil who is given a lasting expulsion from a school and will not return) are calculated in the same way.

The numbers reveal that children with Special Education Needs and Disabilities (SEND) and children eligible for Free School Meals (FSMs) are disproportionately affected. There were 50 suspensions given to four-year-olds, while there were four permanent exclusions given to children aged five. Boys were around three times as likely to receive an exclusion than girls.

In August 2019, the administration at Suffolk County Council dismissed concerns around the figures as ‘scaremongering’. However, after it was revealed that almost half of children permanently excluded from school during 2019/20 had SEND, the local authority committed to a ‘review’ saying they took the issue ‘very seriously’. The ‘review’ has yet to be published nearly a year later.

The 2019/20 figures show that there continues to be a disproportionate impact on children with SEND. In absolute terms, 101 children received a permanent exclusion in Suffolk, 46 of whom have SEND. There were 4,268 suspensions, with children with SEND receiving 2,034 of them.

Suspension rates underline the extent of the impact on children with SEND. The permanent exclusion rates for children with no SEND stand at 0.06%, while the suspension rate is 2.52%. However, the permanent exclusion rates for a child with SEND (both with and without an Education and Health Care Plan (EHCP)) are over 0.3%. For suspensions, the rates are 13.56% for a child with SEND but with no EHCP, and 15.45% for those children who have an EHCP. In short, if a child has SEND, they are five times more likely to be permanently excluded. They are around six times more likely to receive a suspension.

These deeply concerning trends are not exclusive to primary school settings. The suspension rate for young people with an EHCP in Suffolk’s secondary schools is one in five (20.37%). It is less than one in twenty (5%) for their peers with no SEND.

Kids from poorer backgrounds hit too

Children from poorer backgrounds in Suffolk were also disproportionately affected. 42 out of 101 of all children to receive an expulsion were eligible for Free School Meals (FSMs). In fact, if a child was eligible for a FSM, they were four times as likely to receive a permanent exclusion than their peers who were ineligible. The permanent exclusion rate for children eligible for FSMs was 0.28% compared to 0.07% for those who were ineligible)

Children as young as four suspended

While permanent exclusions and suspensions are more common in secondary school, they are at a critical level in primary schools too. Suffolk consistently had some of the highest levels of primary school suspensions in England before topping the rankings in 2019/20.

The problem extends to children as young as four-years old, with 50 suspensions given to children in that age group. There were an additional four permanent exclusions received by children aged just five.

Boys were also found to be around three times as likely to receive an exclusion than their female counterparts. This is both in terms of permanent exlusions and suspensions.

77 boys received a permanent exclusion compared to the 24 given to girls. 3,147 suspensions were given to boys in contrast to the 1,121 received by girls.

Nearly 85,000 of the 100,000 plus pupils in Suffolk are regarded as ‘White British’. In absolute terms, the exclusion figures reflect that. 81 out of 101 permanent exclusions and 3,533 out of 4,268 suspensions were given to children in this category.

Yet, when it comes to suspensions, there are emerging contrasts. As mentioned previously, White British children received a 3,533 of the 4,268 suspensions enacted in 2019/20. This is a suspension rate of 4.23%, or one suspension for every 25 children. There is no doubt that this is a large figure which exceeds the suspension rates for many other ethnic groups.

It should be noted that the suspension rates for children considered as ‘Travellers of Irish heritage’ stand at 56.25%. Again, this should be viewed in the context of the absolute numbers. Just 16 children are categorised within this group, therefore the nine suspensions (given to two children) greatly inflated the suspension rates. There were also 2,585 children whose ethnicity was unclassified.

The picture across the East

Across the East of England there were 544 permanent exclusions, with an additional 32,056 suspensions.

Overall, permanent and fixed-term exclusions numbers in 2019/20 fell from the previous year, but the academic year was severely interrupted by school closures. As a result, comparing overall figures previous years is of limited value.

There is a disproportional impact of permanent exclusions and suspensions on children who may already have barriers to learning and challenges in other aspects of their life.

The 2019 Timpson Review of School Exclusion said: ‘New analysis of those reaching the end of Key Stage 4 in 2015/16 shows just 7% of children who were permanently excluded and 18% of children who received multiple fixed period exclusions went on to achieve good passes in English and Maths GCSEs, qualifications that are essential to succeeding in adult life.’

Exclusions alone are not responsible for these figures. Those previously mentioned barriers to learning and other challenges are also major factors. However, they can be a significant influence as disruption, stigma and a variable quality of education may follow. This will especially be the case if a child receives multiple suspensions.

The full impact of consistently high primary school suspension rates may be felt in the years to come as children transition to secondary school.

Only half the story

While these numbers are significant, they only tell half the story. We know there are instances of ‘informal’ exclusions, ‘off-rolling’ and parents feeling forced to home-educate their children.

The circumstances that lead to a permanent exclusion or suspension can be complex. The decision to exclude should only ever be used as a last resort.

Nevertheless, it is difficult to conclude that this is always the case in Suffolk; the county has had some of the highest primary school suspension rates in England for over half a decade. There is no single reason for this or any quick fix. However, inadequate mental health provision for children and young people; the lack of appropriate SEND educational settings and other related provision; and cuts to family support services such children’s centres, may all be contributing factors. Culture is crucial too, with Suffolk County Council first dismissing the issue, before belatedly announcing a ‘review’ which, nearly a year later, is still to see the light of day. The outcomes of thousands of children may have been affected by years of inaction.

Unless there is swift, holistic and decisive action taken, Suffolk’s exclusion crisis will continue.