Should the voting age be lowered from 18 to 16? How are we preparing and enabling our 16-year-olds to vote? 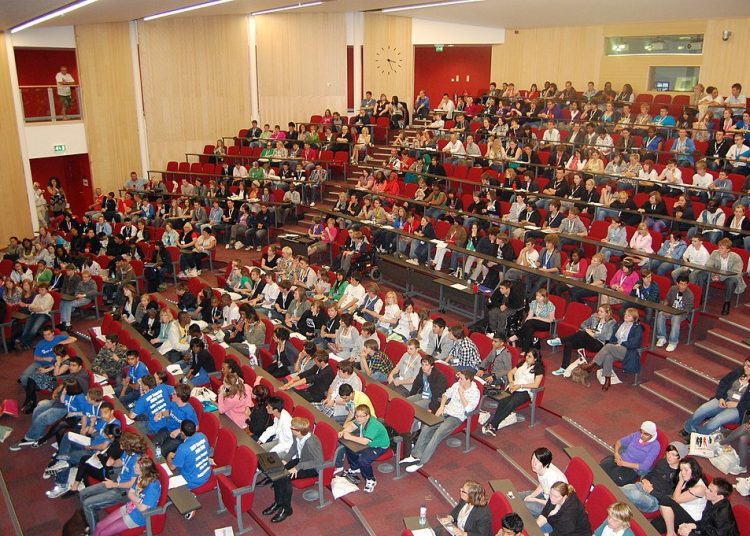 I’ve been reading the various commentaries on whether or not the voting age should be lowered. Some opinions were quite extreme in opposing the idea, but I did find valid, well-reasoned arguments on both sides of the debate.

However, two significant points seem to have been overlooked in all the letters and articles that I read on the subject.

The timing of elections

With the occasional exception, both Local and General Elections are traditionally held in either May or June – the two months of the year when Year 11 and Year 13 students are sitting their GCSE and ‘A’ level examinations. At such a critical point in their education, they are arguably not likely to have politics particularly high on their agenda. There are other factors, too. The National Curriculum makes many demands, and in our culture the success of a school is measured according to its ranking in League Tables. So the school timetable may not allow time and opportunity for young people to explore and discover more about current affairs.

There are plenty of teenagers who have a strong social conscience; plenty who do not; and many others merely lack information. There will be sixteen-year-olds who are keen to cast their vote but feel that focusing on their exams is a priority, and who could blame them? Others might not bother to vote, regardless of the circumstances. These are attitudes which reflect society in general rather than being unique to teenagers.

Moreover, and whatever anyone’s political belief or views on the subject might be, no-one could fail to be impressed by Greta Thunberg who, aged sixteen, captured the attention of her audience and the world in her 2019 Ted Talk, “The disarming case to act right now on climate change”.

I suspect that, along with quite a lot of the population, teenagers do not understand the inequalities of the current first-past-the-post electoral voting system. So even if they do decide to cast their vote they may not realise how worthless their vote might be; how unlikely that their vote would matter concerning the issues that they feel strongly about, among which climate change and environmental issues may be the most important. British teenagers might well be shocked to learn that “the only other country in Europe that uses our First-Past-The-Post voting system is Belarus, often referred to as Europe’s last dictatorship” (Femi Oluwole).

Every vote should matter. Thank goodness that politicians of all persuasions are now beginning to realise that England cannot remain aloof when it comes to political reform. A system of proportional representation (PR), such as exists in other countries of the UK, should be made available to voters in England: “The devolved legislatures in Northern Ireland, Scotland and Wales are elected using different voting systems to the first-past-the-post (FPTP) system used in UK general elections to elect MPs to Westminster”(Institute for Government, Working to make government more effective).

Scotland and Wales allow the vote at 16

Votes do matter, however, for teenagers in Scotland and Wales. “Scottish and Welsh 16 and 17 year-olds can vote while their peers across the border are still disenfranchised” (Electoral Reform Society). The 2014 Scottish Independence referendum was the first time the voting age was lowered to 16 in Scotland. Their participation in the referendum led the Scottish Parliament to pass a bill in 2015 enshrining the right to vote for 16 and 17 year-olds in Scottish Parliamentary and local elections. Ironically, this came into force in 2016, on the very same day that they were excluded from voting in the UK’s EU referendum. Wales followed Scotland’s example in 2021, with Senedd Cymru’s official website proclaiming: “Vote 16” and “Your voice matters”.

Why can’t we change FPTP?

Explaining the ‘first-past-the post’ electoral system to a Year 11 pupil recently, I was interested to discover how “unfair and totally unacceptable”they thought it. They asked: “Why can’t we change it?” I then began to wonder how many other teenagers, who will be 18 by the time of the next General Election, also don’t realise that when voting for Members of the Westminster Parliament, they would still be bound by an electoral system that disregards and discards millions of votes.

Two crucial obstacles – can they be overcome?

So, regardless of whether or not a person of sixteen or seventeen is mature enough, old enough, knowledgeable enough or concerned enough to vote, there are two key deterrents to the participation of many 16 and 17-year olds, especially in England. First, the timing of elections during the Public Examination season, and second, an outdated first-past-the-post electoral system. The decision on the voting age will be taken by politicians, of course. It’s likely that progressives would welcome the change, as young people tend to be more left-leaning. And for that very reason, conservatives would oppose it as they have done in England and Northern Ireland. Those of us who have contact with teenagers owe it to them to foster their interest in politics. It’s their future that is at stake! 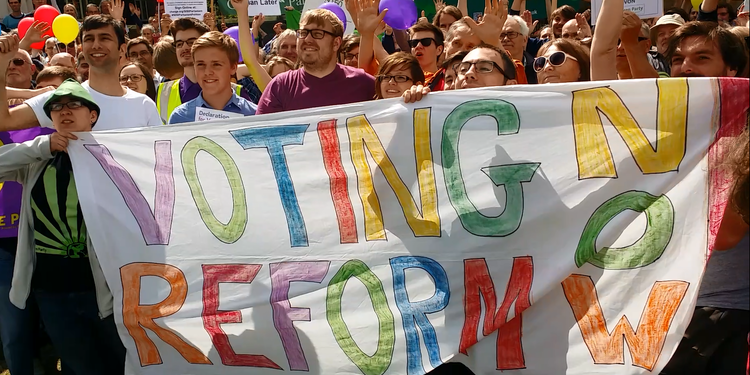