Ipswich's Conservative MP, Tom Hunt, has repeated Boris Johnson's slurs against Keir Starmer, despite denials from senior members of his party. We examine the evidence. 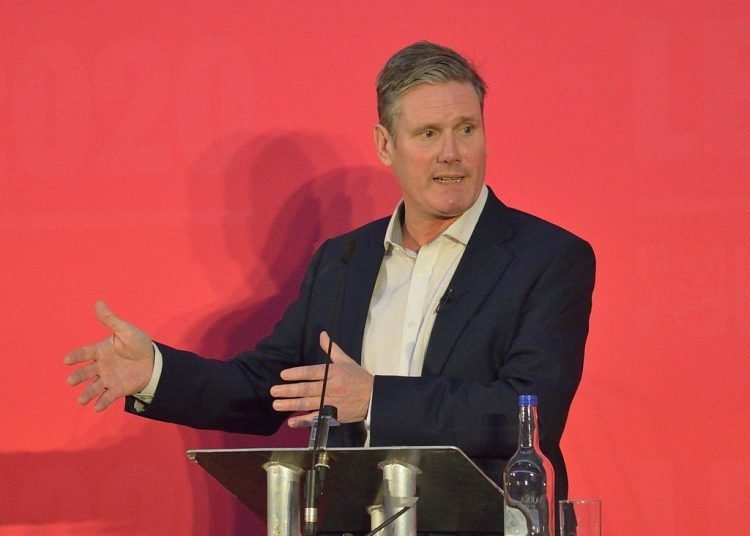 On 11th February, the Ipswich Star published an article by local MP Tom Hunt. The subject was the controversy around Boris Johnson’s accusations about Keir Starmer’s record as Director of Public Prosecution (DPP).

Using Parliamentary privilege (which protects him from libel suits) Johnson had made two claims: that as DPP Starmer failed to prosecute Jimmy Savile; and that he had conducted an unjustified vendetta against journalists. Many senior figures, including Conservative MPs, have condemned these claims as unjustified smears, and Johnson’s own head of policy has resigned in protest.

However, Tom Hunt chose to repeat them in his article. While he grudgingly admits that Starmer did apologise for the shortcomings of the Crown Prosecution Service which he led, Hunt then went on to claim that there was an equivalence between Johnson’s behaviour in lying to Parliament and breaking the law over Covid lockdown, and Starmer’s alleged failings as DPP.

On 12th February the Ipswich Conservative Party repeated the claim with a Photoshopped picture on their website. Two days late later they took the page down and apologised for what they called “an administrative error” (presumably they thought it appropriate to produce the image, but were embarrassed by allowing it to be seen by the general public – a bit like parties in Downing Street).

The comparison is demonstrably false, and it is shocking that the Ipswich Star was willing to publish it. The facts are as follows.

Are the circumstances comparable?

As DPP, Keir Starmer was the head of the CPS, which is responsible in England and Wales for decisions on whether to prosecute all but the most minor offences. At the time, it employed 9,000 staff in 42 regional offices, including nearly 3,000 Solicitors and Barristers. It operates round the clock every day of the year, and during Starmer’s tenure, if was conducting around 800,000 prosecutions a year. Like all large organisations, it sometimes makes mistakes.

By contrast, Boris Johnson’s alleged offences were carried out in 10 Downing Street, which is a single large house, with a few dozen staff. It is under police guard, and nobody without a pass is admitted without an invitation. It is inconceivable that any significant social gathering could take place without a lot of people knowing.

Have either of them broken the law?

Hunt rightly says that the past careers of people who stand for public office should be open to scrutiny. However, he also suggests that Johnson and Starmer have equally serious charges to face. This is demonstrably untrue.

When accusations emerged about illegal activities in 10 Downing Street Johnson appointed a civil servant (accountable to himself) to investigate. The facts of the Downing Street lockdown activities, and Johnson’s lying to Parliament, are still being investigated, but the Metropolitan Police have established that there were at least 12 events which pass the rigorous test for criminal investigation. Apologising to Parliament, Johnson said not that “I have lessons to learn“ but that “we have lessons to learn”, quietly shifting the blame to his staff.

In such a large and complex organisation as the CPS it is inevitable that things will sometimes go wrong. On several occasions this happened, and the record shows that when it did, Starmer apologised, explained and introduced reforms. At no time has anyone suggested that he, or any of his staff, did anything illegal.

Boris Johnson suggested that, as DPP, Starmer failed to prosecute Jimmy Savile for his career of scandalous sexual abuse.

Jimmy Savile was a very prominent broadcaster, entertainer and campaigner. He was knighted for his services to charity, and celebrated by politicians, including Margaret Thatcher, who spent much time with him. It is very unlikely that any of these people were aware of the activities which were later revealed.

During Starmer’s time as DPP, a number of people complained to the police about Savile’s conduct, but in response to a previous court ruling, the police were not allowed to tell any of them about other claims, and they warned the complainants of the risks of going forward alone. Understandably none of those individuals was willing to challenge a national hero in court.

It was only when Savile was dead that victims dared to come forward to testify. When the scale of the offences became clear, Starmer apologised for the failure to act sooner. He then appointed Alison Levitt QC to conduct an independent inquiry; published her report in full; and implemented its recommendations.

Boris Johnson (a journalist by profession) claimed that Starmer had spent time inappropriately pursuing cases against journalists. This relates to the phone hacking scandal, where journalists were found to have been illegally listening to voicemail messages on the phones of members of the public, notably the teenage murder victim Millie Dowler. This led to allegations of corrupt relationships between the police and journalists. The Leveson Inquiry was set up, and the News of the World closed down. As a result of the inquiry 34 people, including nine police officers and two journalists were convicted of criminal offences.

During Starmer’s time as DPP the operation of sexual grooming gangs in several Northern cities was revealed. It became clear that the police were failing to treat complaints seriously. As a result, they were not bringing cases to the CPS for prosecution. When this emerged, Starmer apologised to a generation of girls who had been failed by the system, and he reformed the operation of the CPS and guidance to the police to prevent it happening again. He set up the Child Sexual Abuse Review Panel, which he chaired personally.

Tom Hunt’s article is deliberately misleading. Shockingly, a new opinion poll finds that 29% of people believe these lies, although they have been condemned by senior members of all parties.

Hunt suggests a demonstrably false equivalence between the records of Johnson and Starmer. Both have led organisations, but of dramatically different size and complexity. Both have seen mistakes made in those organisations, and both have apologised.

For a lawyer there is nothing more important than upholding the law. Nobody has ever suggested that Starmer has committed any crime. Where Starmer found failings in the organisation he was responsible for, he apologised to the victims and reformed the systems.

For a newspaper columnist there is nothing more important than an entertaining story. When the behaviour of staff in 10 Downing Street became known, Johnson first denied that there were failings. When the evidence was unavoidable, he made a very limited apology, and sacked the people involved.

Hunt is right: all politicians records should be open to scrutiny. But when that scrutiny reveals no wrongdoing, politicians should stop alleging it.

As for the Ipswich Star, we do not expect absolute impartiality from our print media, but we should expect better than this. 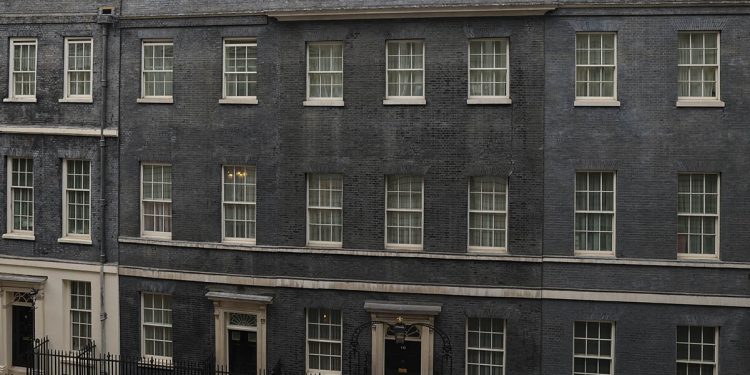