"Be splendid to one another" is the motto of Steampunks worldwide. In a quiet way the movement is thriving across East Anglia. 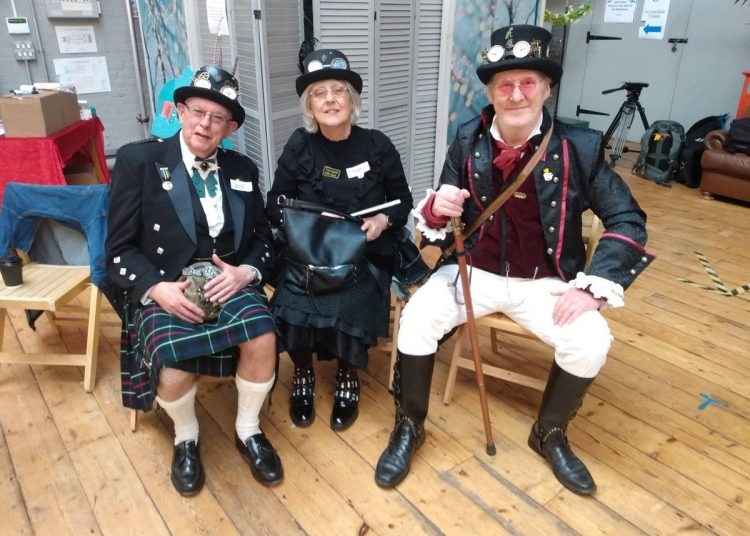 Imagine yourself back to the Victorian age. Suppose technological development had not been driven by electricity, but by the steam which drove the industrial revolution, and mechanical engines like Babbage’s Difference Engine (the forerunner of programmable computers). The world would look very different. Welcome to the amazing world of steampunk, alive and thriving in East Anglia.

Steampunk is a cultural phenomenon: a way of engaging with the world through fashion, engineering, art, music, burlesque and comedy. It takes inspiration from early science fiction and the Victorian age of innovation, with imagined worlds and alternative histories. The term was coined by K.W.Jeter whose 1987 novel “Infernal Devices”, was revived in 2011, starting a new wave of interest, with its story of the clockwork human. Steampunk draws on literary influences from Jules Verne, Mary Shelley and H.G.Wells, to Mervyn Peake, Terry Pratchett and Michael Moorcroft.  It features strange machines, airships and robots.

One commentator, Jeff Vandermeer says that “Steampunk evokes a sense of adventure and discovery, and embraces extinct technologies as a way of talking about the future”.

Visually Steampunk can be seen in the world of Terry Gilliam’s Time Bandits, and Dune, and its host of artists include some with evident links to Surrealism. Its enthusiasts adopt eccentric, often Victorian based, costumes, with top hats and corsets, and plenty of goggles, gauges, wheels, and clocks. They build machines and models, designing mechanical or steam based alternatives to electric based technologies. Comedy, fun and self mockery are fundamental.

Although this may sound like a very marginal eccentric hobby, its enthusiasts are numbered in thousands, with a host of local groups. Steampunk is an international phenomenon, with its original roots in the USA, and most recently launched in Finland. Many supporters engage online, with 10,000 Facebook followers in the UK.

The biggest event of the world Steampunk calendar is the “Weekend at the Asylum”, organised annually since 2009 in Lincoln by the Ministry of Steampunk, and attended by over 1000 people, with events including the Empire Ball, and International Tea Duelling (dissolving biscuits in tea). After two years when Covid19 prevented them meeting, the Asylum will be held again at the end of August.

Steampunk is thriving in East Anglia. In Norfolk over 700 people take part, from walking the streets in costume, to attending organised events. Suffolk groups meet annually in Southwold, home of the eccentric pier whose mechanical automata are themselves a tribute to the Steampunk aesthetic. Further South, the Essextraordinary League of Gentlemen has been bringing supporters together for over a decade, with an annual Splendid Essex event at the Maldon Museum of Power.

The events organiser for Norfolk Steampunk is David Cole. Although he had been intersted in Steampunk for some years, he only became actively involved when he retired from his job as a bus driver. You can now see him with friends walking the streets of Great Yarmouth, sometimes in full costume, sometimes just in Victorian tweeds and bowler hat.

He sums up the spirit of steampunk in our region: “Its about sociability and fun. There are no hard rules, there’s lots of variety, and everyone can choose their own way of getting involved. There’s no right way to do Steampunk. There’s just our slogan – Be Splendid to one another – and have fun together”. 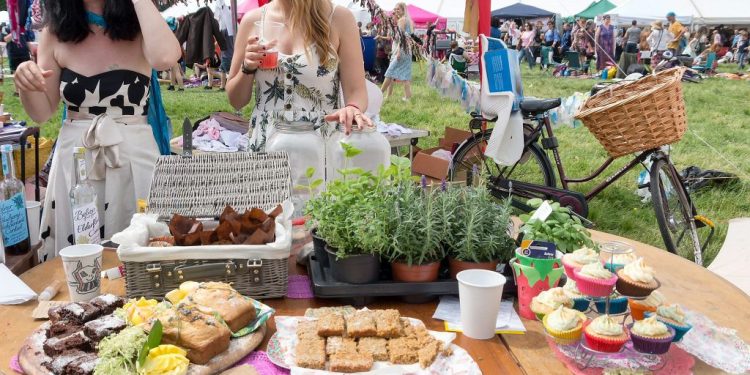