Suffolk County Council's SEND failures were revealed in a damning report, forcing them to issue an apology. 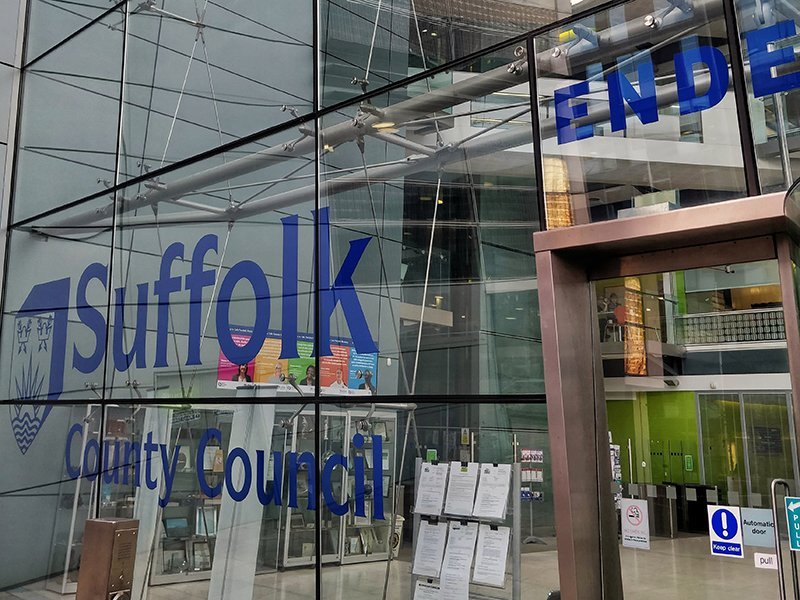 ‘Pupils are inappropriately placed’. ‘Data inconsistent and, at times, misleading’. ‘Schools described receiving sensitive documents which they did not feel they should have seen’.

Today, Suffolk County Council published an independent report into some elements of its special education needs and disabilities services (SEND) services. Overseen by a team from Lincolnshire, the 21-page report revealed a lengthy list of failings.

It is a damning read, but its findings will come as little surprise to the families who have been desperately seeking change for years. It is they who have had to endure long, weary battles just to get the support they need.

It is not the first report of this nature. Two and a half years ago Ofsted and the CQC published their re-inspection into Suffolk’s SEND services which came to equally scathing conclusions. However, for hundreds, perhaps even thousands, of children and their families across the county, there has been little improvement in their lived experiences.

As ITV Anglia’s Rob Setchell said, “You only need to listen to parents to see the human cost of this.”

While this report is a vindication of what families have been saying for some time, it will be of only limited consolation. It will not replace the lost learning or long periods of social isolation. It cannot compensate for the exhaustion, stress and emotional turmoil that has been suffered. It will not unpick the damage caused by the days, weeks, months, sometimes even years’ worth of torment.

In ITV Anglia’s report, mother Kerry-Ann Why, said: “We’re treated with contempt, we’re discriminated against and we’re literally made to feel like we’re stupid.”

The extraordinary courage it takes for parents to take on a council, especially publicly, should not be underestimated. They are taking on a cause wider than just their own, with the experiences of others added to theirs. They are thrust into a spotlight that they never sought, into the local newspaper, onto the radio and even on TV. They share deep, personal, painful stories to a wide audience. When considered alongside the pressures that families are already contending with, it is nothing short of heroic.

Failings the tip of the iceberg

Suffolk County Council limited the scope of this report. The criticisms highlighted reflect only part of the systemic problems that exist. While communication with families is important, it is the quality and accessibility of provision that is critical.

Family campaign groups had called for an independent legal audit. However, Suffolk County Council rejected it in favour of a review that was restricted only to their communication with families.

Some of the findings of the report indicate why the local authority may have been reluctant to embark on a review that would have led to full disclosure: ‘Some of the reasons Suffolk County Council have for refusing to assess are open to legal challenge’.

There is an issue of values here. As I’ve written about before, Suffolk’s SEND crisis is unlikely to improve until the deep-rooted culture problems prevalent at Suffolk County Council are resolved. When it comes to the local authority’s ability to fulfill its statutory responsibilities, there seems to be a wish to avoid scrutiny, rather than a desire to get things right for children and families.

If Suffolk County Council wants to drive improvements, then they must prioritise listening to families and conducting a full investigation, irrespective of the legal or public relations fallout that may result.

Co-production can’t just be a buzzword

Suffolk Parent Carer Network (SPCN) closed earlier this year, with a lack of progress on SEND issues and the absence of genuine co-operation and co-production from Suffolk County Council cited as some of the key reasons.

Lincolnshire’s report mirrors SPCN’s concerns and re-iterates what should be common practice:

‘Co-production is the cornerstone for the way local areas should work with children and young people with SEND and their families.’

Given this, it is discouraging and worrying that Suffolk County Council have written their own Action Plan, seemingly without the involvement of a range of partners, parents and children and young people.

Co-production has to mean just that, it can’t just be a buzzword. Families have to be central to and play an active role in any work going forward. Yet, after being largely sidelined in the formation of the review itself, families played no part in the Action Plan produced in its aftermath.

Where is the accountability?

In the latest Children and Young People Board update, a recent Department for Education (DfE) revisit is cited. Even when allowing for poor minute taking, the DfE’s initial response to the review comes across as blasé in the face of such a damning report:

‘DFE Advisor noted the findings from the Independent Review could apply to many other Local Authority Areas and the context of a near doubling of EHCPs over the past 5 years in Suffolk.’

It begs the question: if such troubling findings are commonplace throughout the country, why is the DfE content to be little more than bystanders? Thousands of children and families are suffering the consequences of shoddy practices, yet the DfE are essentially shrugging their shoulders and saying, ‘that’s the way it is’.

While in no way absolving Suffolk County Council and other local authorities of their failures, the Government has largely ignored, if not compounded, the SEND crisis.

Let’s hope that this is a watershed moment. Families should not continue to suffer in this way.

Cambridge Vice-Chancellor to step down

Cambridge Vice-Chancellor to step down